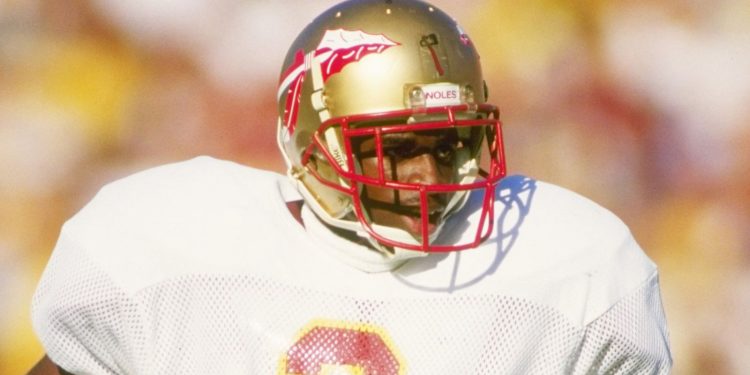 Deion Sander has created history in his professional football and baseball career with his remarkable qualities. So, what is Deion Sanders’s net worth? The Neon Deion has amassed a large fortune ever since the beginning of his career in 1985. He is still continuing with his legacy and career even though he retired as a professional footballer. Sanders also successfully made his career as a head coach, analyst, and co-host. He played for fourteen seasons with the National Football League and nine seasons with Major League Baseball. After all, he is the only player who played both in World Series and Super Bowl series.

Also Read: Are Lady Gaga And Bradley Cooper Dating? What’s’ New With Them

What is Deion Sanders’s Net Worth?

Deion Sanders’s net worth is $40 million approximately. He is mostly known for his exceptional career as a professional former football player. After that, he also pursued his career as a sports analyst and is a football coach currently and associated with Barstool Sports. Apart from that, he also has other business ventures of his own. He also made a trip to both the Super Bowl and the World Series and thereby created history in the professional sports world. The former football player also did several endorsements deals. He also got inducted into the Pro Football Hall of Fame. Sanders also earned the nickname Neon Deion and Prime Time.

How Much Did Deion Sander Make From His Football & Baseball Career?

Deion Sanders made a lot from his football and baseball career, considering his exceptional abilities. His contract with the Major League Baseball and National Football League made him $60 million. He had a nine-year contract with the MLB, wherein he earned $14 million throughout the years. Sanders also made $800,000 of fortune through his other various sponsorship deals. He also played for fourteen seasons with the National Football League, wherein he made $33.5 million.

Sanders left to attend the training camp of the NFL in 1988 after signing with the Yankees. After that, he made his major league debut on May 31, 1989. Sanders played for the Atlanta Falcons, San Francisco, Dallas Cowboys, Washington Redskins, and Baltimore Ravens throughout decade long football career. Initially, he started only on a part-time basis. Later on, Deion moved to sign his contract for $4.4 million with the major league. He hit a home run and scored a touchdown within three days of signing his contract with the league. Thus, he gradually became one of the highest-paid football players in history, besides gaining some other huge achievements for the first time.

Deion Sanders as an Analyst and Head Coach

Deion has not left his career making in other sectors after retirement from his professional football career in 2001; he went on to become an analyst for several other football tournaments and head coach for schools. Sanders was an analyst for CBS Sports, Barstool Sports, and NFL Network. He made $2.5 million as an NFL analyst. In 2012, Sanders also became Prime Prep Academy’s head coach, wherein he remained for two seasons, after which the school closed down for financial insolvency. Since then, he became Triple A Academy’s head coach and Trinity Christian High School’s offensive coordinator. Now, he is Jackson State Tigers’ head coach.

Deion Sanders has also succeeded in his investments in other business ventures. In 1994, he released his own music album known as Prime Time. He also mentored Miami’s return specialist, Devin Hester, and adopted a high schooler. Prime Prep Academy was one of his own co-founded schools. Sanders also got seen in the Deion Family Playbook show in 2014. Apart from that, Sanders also appeared in several other shows, seen as a spokesperson and co-host.