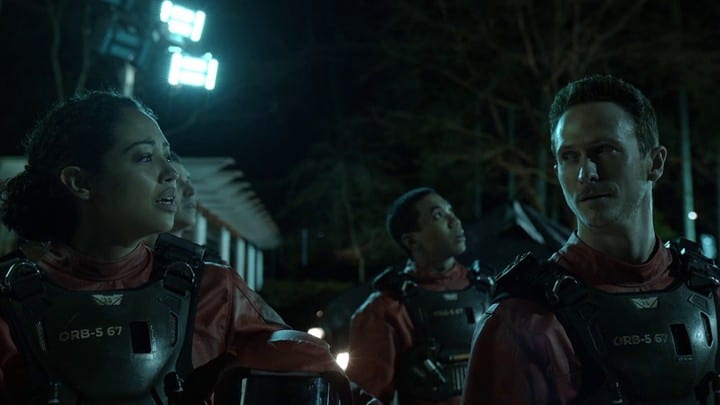 A Still From Debris S01E12 Featuring Bryan and Finola

As Debris is just one episode away from wrapping up the first season run, a bigger threat almost closed in previously on the show. The Orbital team saw something unusual that was pulling the briefcases stored with Debris. This led to one die and others under some kind of hypnosis. The team assembled, and with some help of her father’s intelligence, Finola figures out a way to stop the phenomenon for a while using NUs. But only for a while until Bryan saw an apparition of Caldwell. He came to believe they need the Seam to do its work to close the episode on a beautiful note.

While this went on, the other side saw George, Finola’s father attempting to hack into a satellite to track down each and every Debris. He managed to find the one he needed, but he is being overheard by someone. Are George, Finola, and Bryan aware of them being heard? There are many questions that need answers. From why Maddox is after them to who will get to the Debris first. So here we are breaking down everything that happened previously on the show and what we can expect from the upcoming Debris Season 1 Episode 13

Previously on Debris, we opened up to a scary incident with one of the two workers at Orbital meeting their death. On the other hand, Finola and Bryan joined in to assist Finola’s father George. They are hoping to figure out the location of every piece of debris on the earth by hacking into satellites. Apart from that, Finola also wants George to remember why Max wants them dead. But an incident calls the duo up. 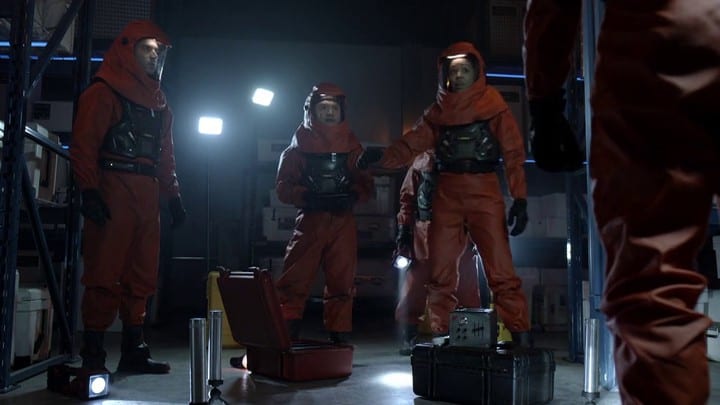 Back at the Orbital, Bryan and Finola join the team and enter to see everyone inside under some hypnotism. Eventually, they also find the body of the person killed initially in the episode. The team discovers a sort of pocket dimension that is destroying the Debris cases. As the team tries to figure it out, the people under some sort of hypnotism start reacting again.  So the team follows them to a room and locks them inside. When the Debris thrown doesn’t show any commonality, the team decides to take them outside. That’s when it attacks Lester, and he continues to follow the same people under the hypnosis.

While Bryand Finola comes to circle, it is something bigger they are facing, that’s when one of the people in control of Debris falls and dies. Finola takes the help of her father to understand Arturo’s death. He figures it out and explains to her the result of prolonged exposure to Laghari Harmonics which causes brain damage. He advises her to reverse the polarity. It works for a while until they realize there is something below them. 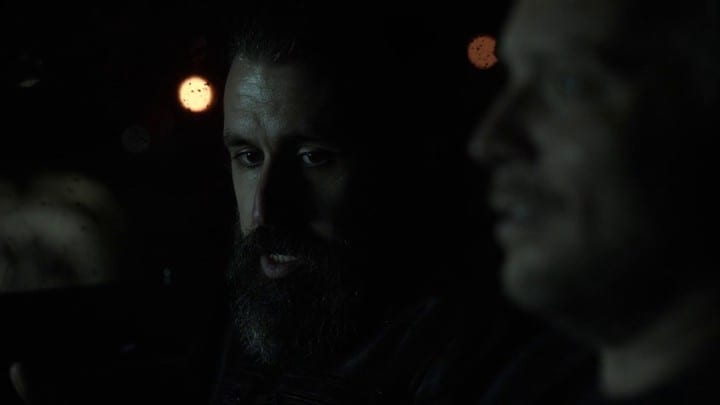 This leads them to a weapons lab where debris is assembled to use as a Bomb. When Finola realizes they are building it using her father’s work. She boils up and confronts Maddox. The people under hypnosis start working and go after the NUs while Bryan sees Mariel Caldwell. On the other hand, Ash makes his escape. After meeting Caldwell, Bryan believes they have to let Seam doing what it is doing, and it’s a piece of Seam the Debris is trying to get, and at last, we see a beautiful scenario of it. The episode ends with George identifying the location of the Debris they are looking for. It seems like Maddox is tracking him. Thus, Ash is assigned to take down the piece before George, Finola, or Bryan does.

Debris Season 1 Episode 13 is releasing on 24 May 2021 and will air on NBC at 10 pm ET/PT. The thirteenth episode will mark the end of the first season run of the show. You can watch the final thirteenth episode on NBC’s official website once it has finished airing. It will be available to stream on Hulu as well along with the rest of the episodes. Check out the 30-second promo for Debris Season 1 Episode 13 below.

Debris Season 1 Episode 13 is titled “Celestial Body”. The official synopsis of the episode says that Maddox will be making moves on the Debris Bryan and Finola are looking for. Yes, the duo spent the latter half of the season figuring out why Maddox is after them. Even Finola’s father came into the picture to help them. Previously we saw him set up the much-needed equipment he was gonna use to hack into satellite and look for Debris they need. What’s good is he found it but was also heard by Maddox as well. With Ash’s escape, it’s a race against time on who will grab their hands on Debris first. All in the season finale of Debris.