When Is The First Episode Of Death and Nightingales Releasing?

We live in the 21st century, but the youth of this century has a special place for all the historical shows and especially love stories. After all the superhit ancient love stories like Bridgeton and Regin, one more will be added to the list. Death and Nightingales the most beautiful love story of all time. The author’s real-life story inspired some of the events described in the novel and the series. So, STARZ has announced to save the legacy of this beautiful love story by letting the world know about it.

Production will be resealing the British series super soon. The series is based on a novel named Death and Nightingales were written by Eugene McCabe.He takes us back to the 18th century in his novel, and two lovers Beth and Liam, are fighting against the fearsome, relentless beauty of the Fermanagh panorama, the fate of Beth Winters unwinds. 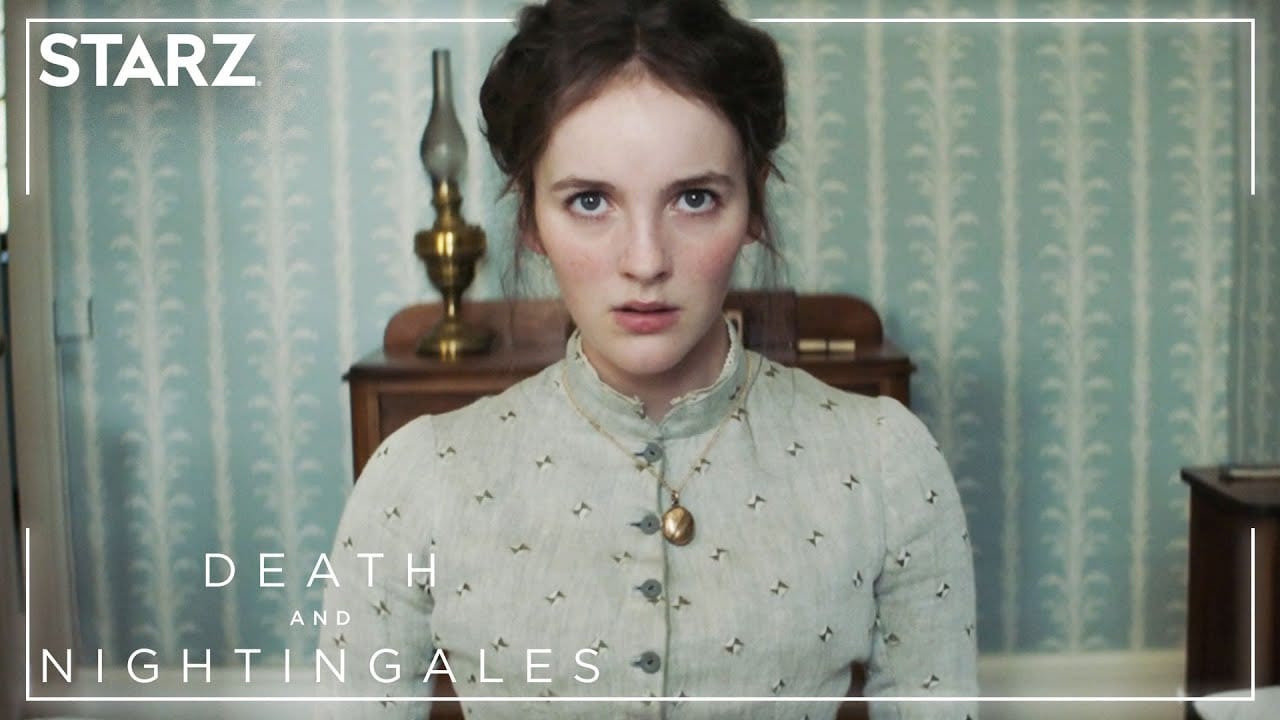 Beth From The Series Death and Nightingales.

Beth is firm to decide her destiny but fascinated by the roguish Liam Ward. She seems doomed to replicate the tragic mistakes of her family’s past. Through the circumstances of her twenty-fifth birthday, decades of agony and betrayal build to a devastating, fatal climax.

The show can already have been released in The United Kingdoms in 2018 and is now ready to rule the American hearts. Death and Nightingales have three episodes, and the creators did an amazing job, to sum up a romantic action and the climax in just three episodes. And two lovers Beth and Liam, are fighting against the fearsome, relentless beauty of the Fermanagh panorama, the fate of Beth Winters unwinds. In those times, it was not just a matter of shame. A person would have been killed for falling in love.

Love was only accepted with tons of dowry, and only if the parents blessed the union then only it was accepted. The story is also an amazing account of the evidence of social functioning in the eighties.

Death and Nightingales have been released on 16th May 2021 on STARZ. The 1st episode of the series was released at 10:30 pm. Usually, all the British series are broadcasted.

Beth is firm to decide her destiny but fascinated by the roguish Liam Ward. She seems doomed to replicate the tragic mistakes of her family’s past. Through the circumstances of her twenty-fifth birthday, decades of agony and betrayal build to a devastating, fatal climax.  On the dawn of Beth’s 23rd birthday, she wakes to the terrible bawling of a creature in agony. Venturing out into the dark, she finds out a cow drowning in bloat. Beth understands what to do, though she has never managed to do such a thing before. However, she succeeds in saving the animal’s life. Beth is no stranger to the difficulties of farming life. And she is a very kind soul who can’t see anyone in pain.  She made a possible attempt to save the life of that animal.

As part of her dowry, her mother Catherine got a bull and Corvey Island, which is kept in the middle of Lough Erne. She adores and hates the only home she has ever known. Because the only matters that were discussed to her were the household matters and why she should be married off to another person. She felt like a burden in her own house.

Death And Nightingales Season 1 Episode 2 will be releasing on 23rd May 2021. Beth decides to tell Mercy that she would be running away from Fermanagh, but Mercy protests and bellows it will break her heart and Billy’s. Beth settles her plan to run away with Liam into life, but a suspicious and very drunken Billy questions Beth, which makes her very anxious.

She couldn’t sleep at night, thinking what will happen to her if she ever gets caught. But she thinks about her life at her home, which is quite miserable, and it would be worse if she marries a man she doesn’t love.