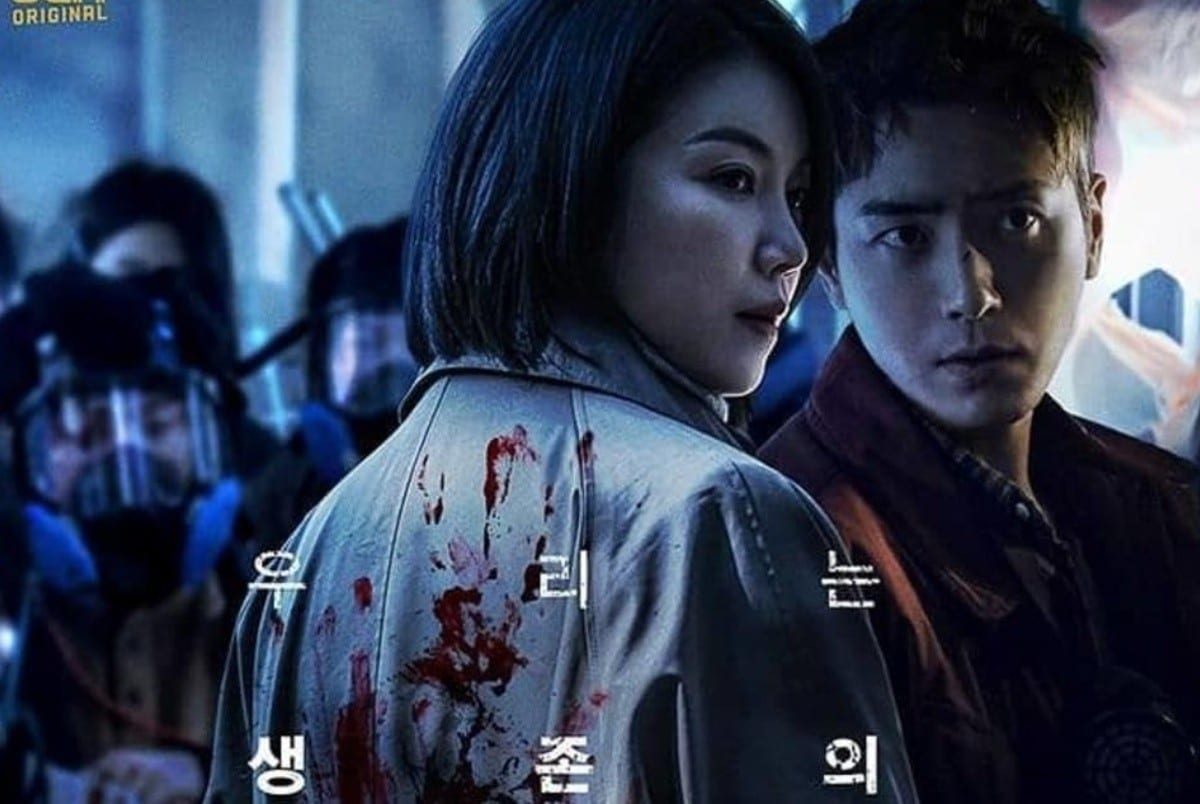 There are many more curiosities appearing in the viewer’s mind as more and more episodes are going down in the Dark Hole. Will the crew now defeat the tentacled monster now that they have discovered its weakness? Furthermore, how is the monster related to the shaman and Hwa-Sun? Does he have a conscience or merely controlled by someone? How are the mutants and tentacled monsters different from each other? Who or what is in the chemical plant? Will reaching the plant solve the case and everything? Dark Hole episode 11 release date anticipation is getting higher with all these questions filling the mind of the audience.

The show is one of the good latest addition for anyone more into a suspense thriller-type series. The majority of the series involves the portrayal of the black smoke coming and infecting the people. Many begin to gather together in the hope of survival. There is also a serial killer on the loose with a shaman gathering up followers. Adding to the problems, the mutants attack the survivors, and a tentacled monster appears. The show moves back and forth, showing some past and present circumstances. The only hope for the survival of the people is finding out the cause of the smoke, a cure, and killing the monster.

Dark Hole Episode 10 starts with secrets coming out before the leading characters. We got to know the reason for Tae-Han stops being a cop. Madam Kim, with her followers, come to face Tae-Han and Hwa-Sun. However, she welcomes them instead of attacking them and asks her followers to do the same. The episode featured how the mutants are under the control of the tentacled monster and the same thing killing the survivors in the hospital. They discuss the monster and think the same to be an intelligent being. The leading pair also successfully finds a chemical base through a drone. However, it gets destroyed before finding out what is inside the chemical base. 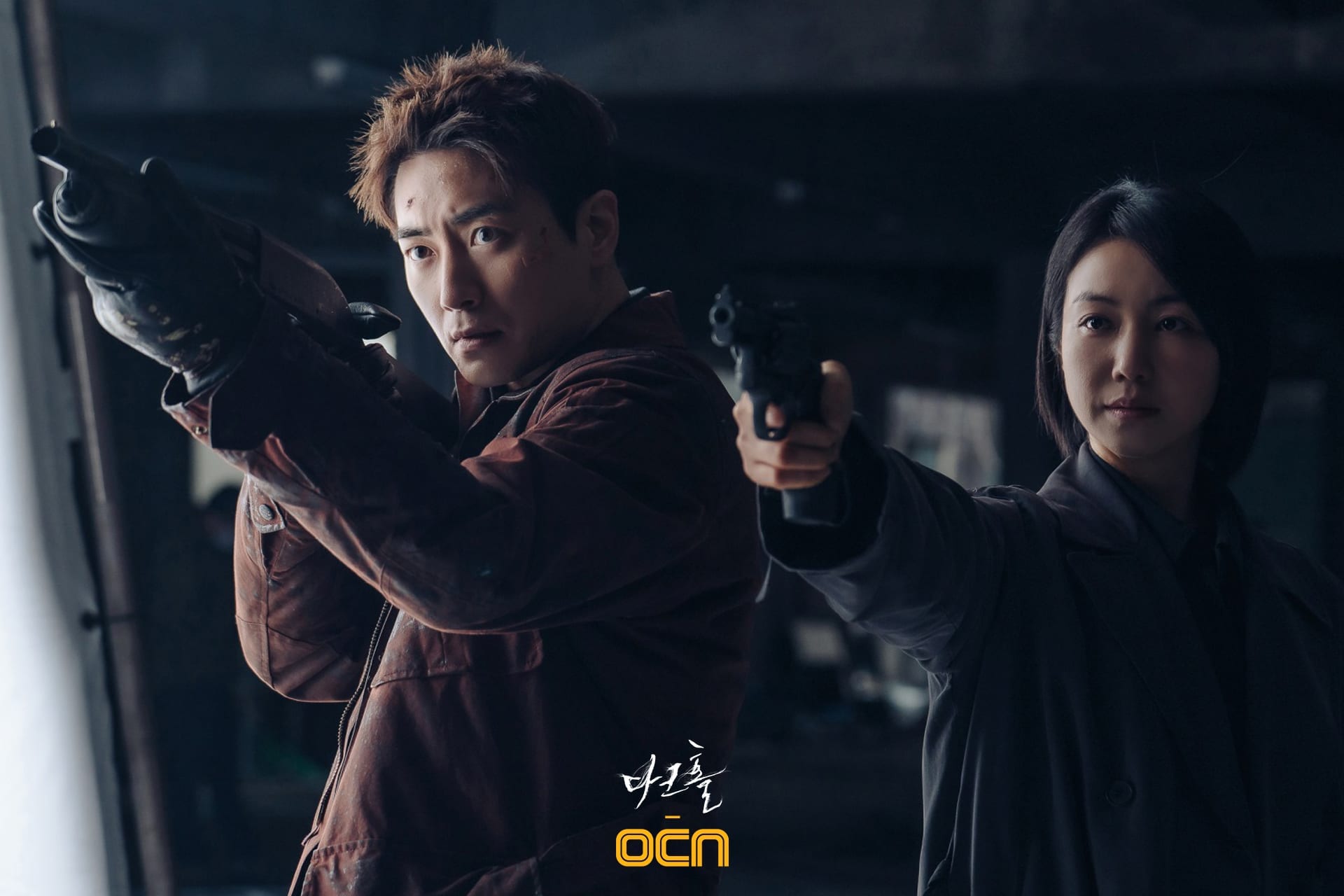 A scene from Dark Hole with Lee Hwa Sun and Yoo Tae Han as the cast.

In a surprising set of events, the doctor turned to evil mode after her inability to find out any cure or vaccine. She thinks Hwa Sun to be the one hiding the monster inside her body. The doctor thinks of killing her for finding any cure. But, Tae-Han reaches in time and saves her. However, the tentacles appear at that exact moment and kill the doctor. Then, he begins attacking Tae-Han and Soon II. But, one of his tentacles gets caught in a canister harming him seriously. They find out the weakness of the monster at the ending.

Dark Hole Episode 11 release date is June 4, 2021, at 10:50 p.m. K.S.T on OCN. There are only four days left for the airing of the upcoming episode. Episode 11 is the penultimate episode of the series and will air on Friday. The show is coming to an end this week.

Dark Hole Episode 11 will be more intense to see as the leading characters are fast approaching how they ended up in the first episode’s scene. Fortunately, we have a preview showing a glimpse of what will happen in the upcoming episode. It shows how Hwa-Sun says that she can find out who or what the monster is hiding inside. But, it does not state the place of hiding. In another scene, one woman seems to be afraid and asks someone if anyone found out about her inhaling the smoke, to which a police officer replies that no one knowing about the same. Furthermore, someone asks why they care about Dong Rim so much.

In another scenario, a elder man says paying again for trusting someone so easily. The shaman came and says, to not be afraid as she came to give a gift. It seems from the preview that mutants invaded the hospital. Park Soon II says about them being in hordes, and everything is a mess. However, Tae-Han asks him to stop talking nonsense and stop them. A fight between the few survivors and the mutants takes place in the hospital. Amidst everything, someone is asking and searching for Do Yoon. On the other hand, a glimpse also gets showed in the preview of how Hwa-Sun is looking at something intensely.