Dare to Love: Hai Ruk Pipaksa is a romantic comedy legal drama of Thailand. However, the drama is quite garnering the attention of the audiences and has become one of top Thailand shows airing on Netflix. Not only that, the drama has become popular in Thailand and the leading pair is receiving great feedback from the viewers. The show ranked #1 on Twitter in Thailand after its premiering episode last week on July 8. The viewers are definitely loving the chemistry between Bella Ranee and Kongthap Peak. Furthermore, episode 2 and episode 3 of the show are soon coming among the viewers. So, what is Dare to Love: Hai Ruk Pipaksa Episode 3 release date?

In the last aired episode, the two main characters of the series got introduced. The female protagonist, Thica is a competent family affairs lawyer in a reputed law firm. The starting shows how she helps a wife gets rid of her cheating husband. Then, the episode moves on to show her opponent who is a lawyer in the same law firm. However, she helps in business matters only. She returned from abroad securing a contract and stole Thica’s limelight for her win. The show also moves on show the male protagonist of the series, Napawat Pak. He is cute and lovable that does not hide his feelings for Thica. However, he is younger in age and just joined the law firm as a trainee. But, they have a history between them. No one knows about the same in the law firm. 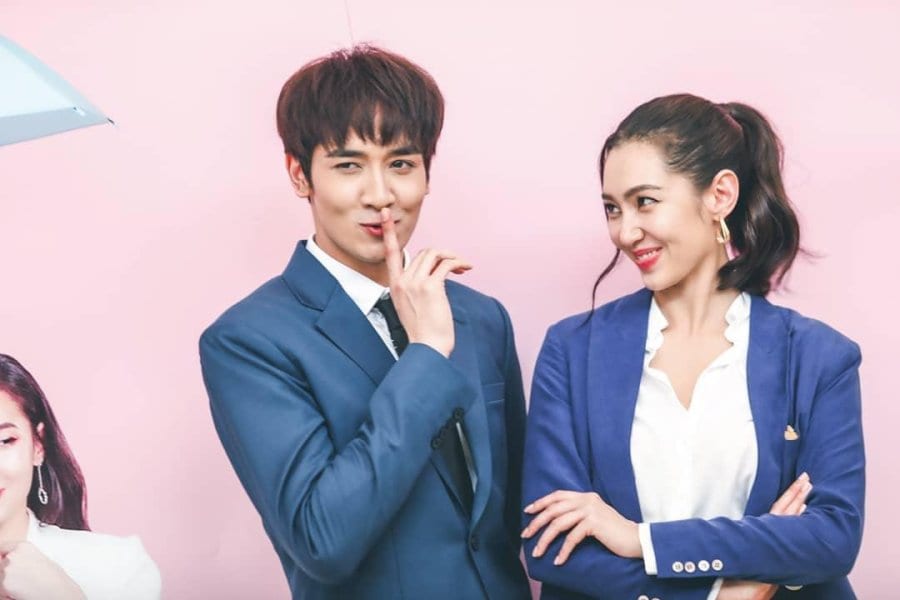 Also Read: Hayley Atwell Net Worth: How Much Does The Actress Earn?

Dare to Love: Hai Ruk Pipaksa Episode 3: What Will Happen?

Dare to Love: Hai Ruk Pipaksa Episode 3 has not released any preview as of now. Furthermore, episode 2 of the series will release tomorrow. Thus, we will get hints about the future episodes after the release of episode 2 only. However, episode 3 will continue with the love story of Napawat Pak tries and Thica. Well, Napawat comes and join her law firm as a trainee. We already saw what his eyes say about Thica although he does not mentions the same exclusively. Furthermore, he is already hell-bent on getting along with Thica and helping her.

The upcoming episode could feature if Napawat is successful in convincing about his love for Thica. Furthermore, will she accept him and warm up to him? Napawat will help Thica in every way of his life. But, Thica has a problem thinking that she is older in age than Napawat. However, Napawat does not have a problem regarding the same. We saw, how in the last episode he that age does not matter in love and it can happen with anyone.

Will someone come in between Napawat and Thica? In the preview, we saw how Benjamin meets her in a hotel and holds her hand. Is he pursuing Thica or just playing with her? Nevertheless, we will see more of Napawat and Thica’s bickering in the upcoming episode. There is also the case of Thica’s winning more cases. She is hell-bent on defeating Camellia. On the other hand, Camellia is keeping an eye on her and is seeking any dirt on Thica. Their fights will become more intense in the upcoming episodes. Will Camellia find the relationship between Thica and Napawat?

Dare to Love: Hai Ruk Pipaksa Episode 3 is available in two apps officially for streaming. The drama is available for watching on Netflix in only ten countries as of now. They are Laos, East Timor, Cambodia, Malaysia, Myanmar, Singapore, Philippines, Brunei, Vietnam, and Indonesia. Later on, the same could be available internationally. It is also available in Viu. However, the same is only for selected countries and not all countries.

Also Read: Preview: On The Verge Of Insanity Episode 7