The viewers are awaiting the release of Dancing With The Stars Season 30 Episode 8. This is not a surprise considering the fame and popularity of the show. It has been a long journey for the American television reality dance series. The series first came out in the year 2005 on 1st June and became quite popular in the first season itself. Since then, the showrunners decided to keep renewing the show for more seasons each year, owing to its success.

However, the show is not original and has taken inspiration from the U.K. dance reality series “Strictly Come Dancing”. In addition to that, the series is also part of the “Dancing With The Stars” franchise that has several versions of reality show around the world. This is also one of the major reasons the show has had such a good run in all these years. One of the other major reasons is that the show features some of the popular celebrities that the viewers love.

The concept of the show pairs a celebrity with a professional dancer, and the same goes with all the other pairs competing with each other. Eventually, each of the pairs is eliminated one by one, whoever scores the least points and votes in a week. Then we come to the host of the show that has recently changed in 2020 as Tyra Banks took up the role. Before her, Tom Bergeron hosted the show till the year 2019 since the beginning. Meanwhile, most of the judges have been with the show for the most part of the series. The ongoing season has once again kicked off successfully, and now the fans are eager to watch Dancing With The Stars Season 30 Episode 8. However, let’s take a recap of the previous episode first. 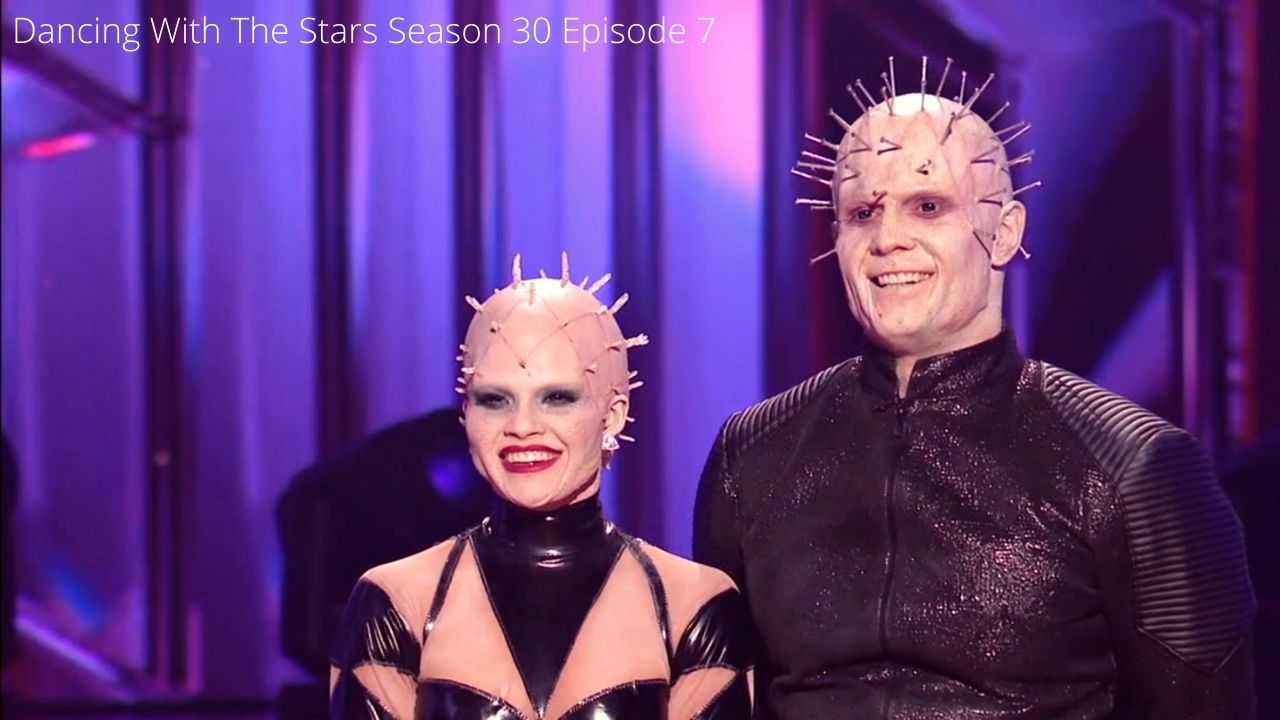 Episode 7 of Dancing With The Stars Season 30 came out on 25th October 2021. Furthermore, the episode was titled “Horror Night” and therefore followed a horror theme. The episode began with the first performance featuring WWE Superstar The Miz and his partner Witney Carson. They took inspiration from the movie ‘Hellraiser’ and impressed the judges a lot, scoring 34/40. Then we got the second performance from Kenya Moore and Brandon Armstrong. Their horror inspiration film was ‘Arachnophobia’ and managed to impress the judges but also got some pointers to improve on. They got a score of 32/40.

Moving on, our next performers were Jojo Siwa and Jenna Johnson, taking inspiration from the movie ‘It’. They completely blew away the judges with their performance and once again scored a perfect 40 of this season. The next performers were Cody Rigsby and Cheryl Burke, whose inspiration movie was ‘American Psycho’, scoring their best score of the season, 36/40. Then we moved on to Jimmie Allen and Emma Slater with the inspiration movie ‘A Quiet Place’. They gave another amazing performance scoring their first 10s and a total of 38/40.

Then we got a fabulous performance from one of the judges, Derek Hough, and his girlfriend, Hayley Erbert. After that, we moved on to the next performance in the night featuring Olivia Jade and Valentin Chmerkovskiy. They took inspiration from the horror movie ‘The Purger’ and scored 36/40. Melora Hardin and Artem Chigvintsev were the next performers taking inspiration from ‘Cujo’ and scoring 34/10. Iman Shumpert and Daniella Karagach performed next, inspired by the movie ‘Us’, and scored their first perfect score of the season. Then we got Suni Lee and Sasha Farber with their performance inspired by the show ‘Vampire Diaries’ ad scored 36/40. Finally, Amanda Kloots and Alan Bersten were the last performers inspired by the film ‘Saw’ and scored 38/40. At the end of the Horror night, Kenya Moore and Brandon Armstrong were the ones to be eliminated.

“Dancing With The Stars Season 30 Episode 8 will release on 1st November 2021 at 8 pm ET on ABC”. The previous episode once again got the viewers excited and they are eager to watch the next one. Furthermore, the episode will be titled “Queen Night”. Once again the title tells us the theme of the upcoming episode which will have the pairs dance to the songs of the popular British band ‘Queen’. Therefore, stay tuned for the next episode coming out Monday 1st November 2021.

The globally hit dance reality television series is going on strong with the thirtieth season, and the viewers are excited. That is why they are searching about where to watch Dancing With The Stars Season 30? The answer to that question is quite simple. “Dancing With The Stars Season 30 airs every Monday at 8 pm ET on the ABC television network.” Furthermore, the episodes are available to stream on Hulu and Youtube TV as well. So go ahead and watch the episodes if you haven’t already.

Also Read: Are Olivia Jade And Val in a Relationship? All About The ‘Dancing With The Stars’ Duo

When Is Facebook Changing To ‘Meta’? Future Of The Company Explained!

When Is Facebook Changing To 'Meta'? Future Of The Company Explained!