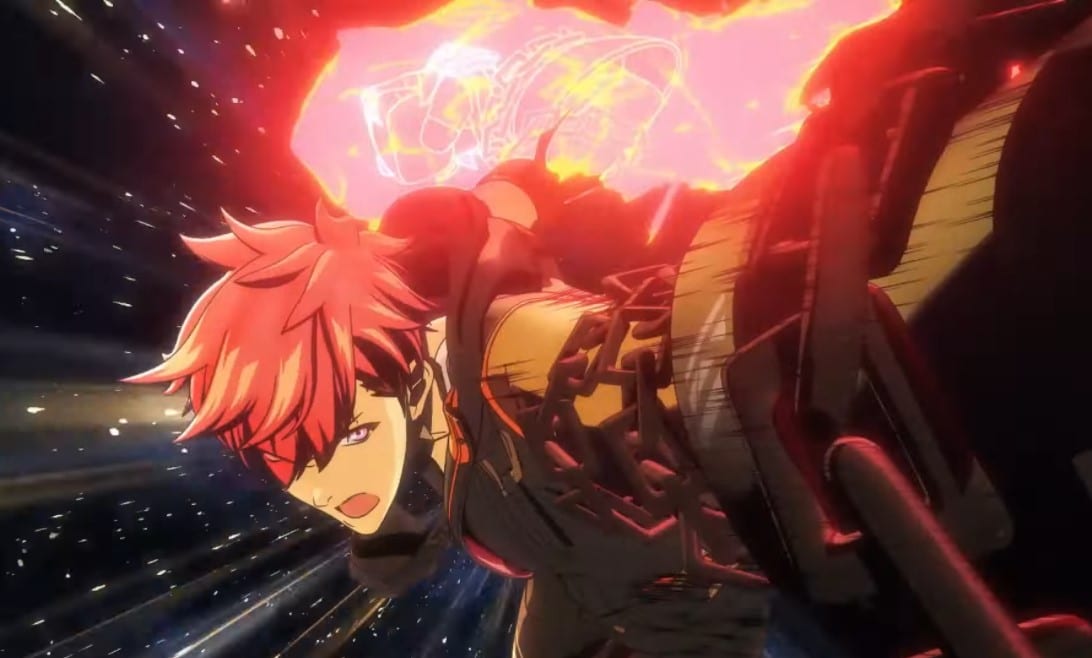 Rena suffered horrible gossips and rumors that she got an abortion. The students at her school saw her walking in the morning, and the boys comment that the abortion incident is actual since Rena is dressing in a manner that attracts every man. One of the boys comments that a beauty like Rena will never do a terrible act. The group of girls that dislikes her comments that girls always do that to settle their issues. Let’s find how Rena will handle this matter on D_Cide Traumerei The Animation Episode 5. The students that know Rena protect her since her reputation is getting ruined due to false accusations.

They realize that someone spread that news all over the internet, and everyone believed that judging the way Rena dresses. Tomomi appears nears by and smiles since she suspects that Rena is her enemy. Tomomi suffered from bullying, and no one befriends her. She is surprised when Rena befriends. Tomomi decided to make Rena pay for targeting her, which is not valid. Rhyuhei arrives, and Rena wonders why he is walking with her since there are rumors about her.

Ryuhei talked about the Knocker-up, and Rena wonders if he is aware of the news at school. Ibudsaki joins the two and supports Rena believing that Rena will never do an abortion. Ryuhei wonders what the girls are talking about, and Ibusaki said the incident would pass with time. Rena talks about the popularity of online users and that it is hard to be popular. Later, Ryuhei, Tris, Aruto, and Jessica assembles and Talked about the Rena incident.

Aruto told Ryuhei that Rena’s matter got linked with digital tattoos. Ibusaki realizes that the case will remain forever. They decided to clear Rena’s name, and Aruto erased everything on the net. Later Rena met with Tris and chose to save Tomomi, who wants to join the Demons and offer her soul. Rena reminded Tomomi about her true identity and defeated the monster. After the battle, Tris reveals that Tomomi’s Astral Body did not get stolen, but she will regain consciousness. Ryuhei is impressed that Rena showed them an excellent debut fight.

After the incident, Aruto had a flashback when he wanted to consume drugs to end his life. Fortunately, his mother arrives in time and stops him from ending his life. The next day Aruto and Ryuhei played rock-paper-scissors for who gets to eat first. Jessica ate their food and commented that it is not her fault that they are not eating. The two continue with their games, and Rena remarks that they are dorks. Rena asks Jessica if she has found about Sonmnium. Tris replies that it is Somnium Drop with a Drop. Rena comments that she wants to know if they discovered something; Tris responds that there is nothing.

Ibuki adds that she tried various accounts, but she couldn’t track anything, but a Dream Man never shows up. Jessica said she saw some ”Weirdo” hanging around Shibuya, but he was just a bottom-rung flunky. Tris comments that they need to know that the distributors don’t make it themselves. But one of her friends took one, and Ibuki said she got posses by a Weird in the Traumerei after taking one. They talk about that girl and different incidents. Rena brought Tomomi matter and that some kids got to go to the Taraumei lots of times. Ryuhei licked the pudding for Aruto not to get a share. Later the crew battled the monsters and defeated them, then Aruto invites them to his house.

Where To Watch D_Cide Traumerei The Animation Episode 5?

What Happened to Anthony Bourdain? All About His Tragic Death