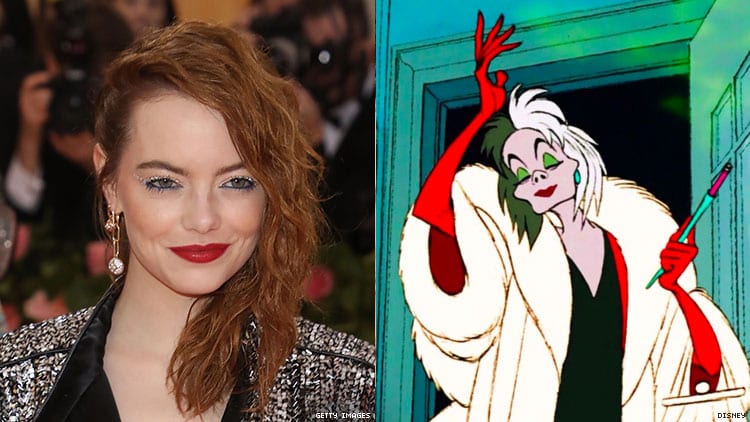 Emma Stone stars as Cruella in this reboot prequel of the 101 Dalmatians movies. There are many differences between the old, rich, and sadistic villainess of 101 Dalmatians and the orphan punk-rock rebel of the working class in Cruella. It’s pretty clear that the movie is not taking the route of the puppy-killing Disney villain. And if a sequel ever happens, it’s unlikely still that Disney will turn this rendition of the characters to the past ones. Emma Stone plays the young and quite different version of the character with many nods to the originals. The film follows her as an orphan fashion designer aspirant working under the narcissistic Baroness von Hellman.

Who Plays Who In The Film?

Cruella stars Emma Stone as Estella Miller aka Cruella de Vil. Playing the iconic villainess with a penchant for fashion, she goes through her origin tale in the film. Emma Thompson plays Baroness von Hellman, a renowned fashion designer and the head of a London fashion house. Playing the prime antagonist, she is flamboyantly narcissistic and also Estella’s biological mother. Joel Fry plays one of Estella’s friends and thief accomplices. He grew up with her after her mother’s death. Paul Walter Hauser plays Horace Badun, Jasper’s brother who also grew up with Estella and is her accomplice. Emily Beecham plays Catherine Miller, Estella’s adoptive mother who was once a maid at Hellman Hall. 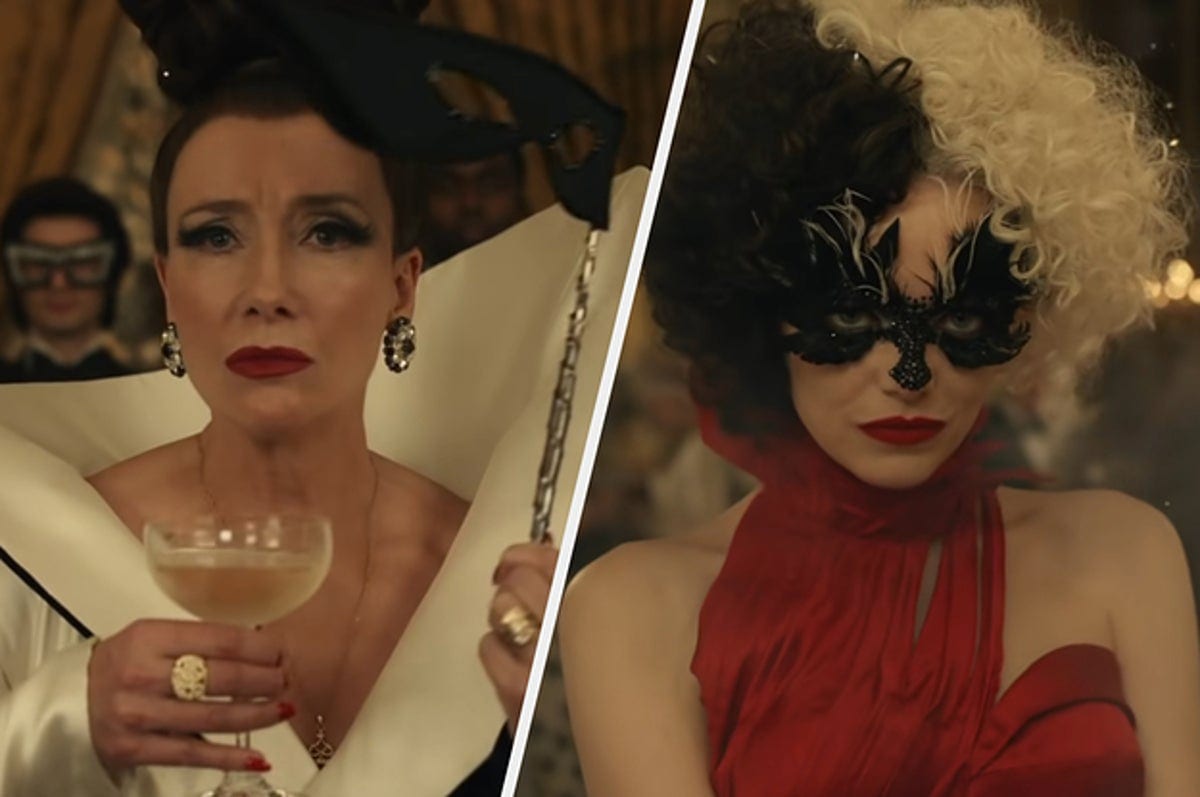 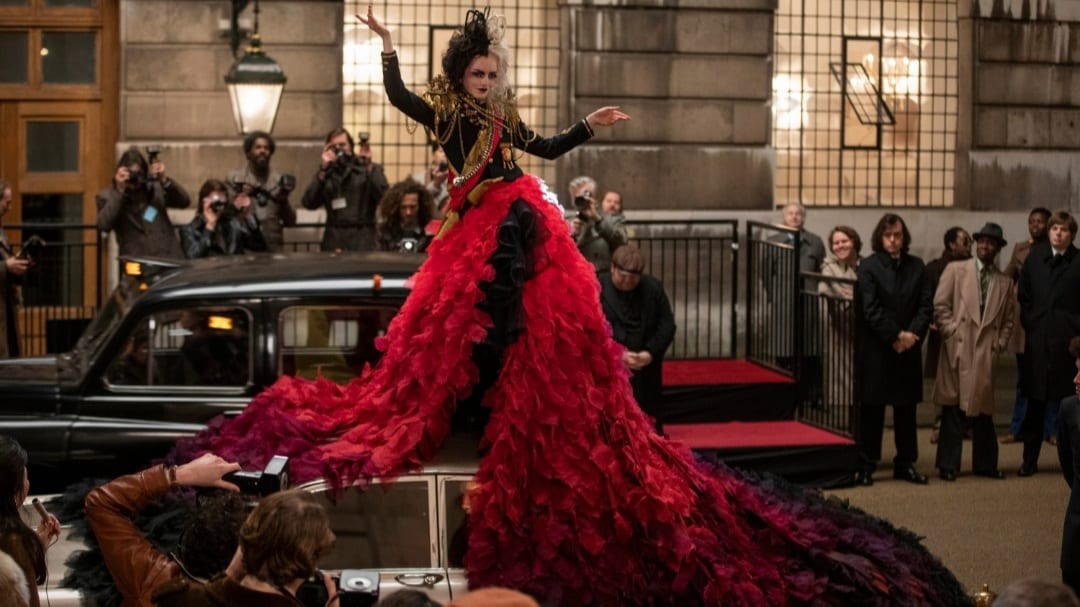 The film follows Estella Miller and her journey towards becoming the iconic and flamboyant villain Cruella. However, the film doesn’t reach the point of her becoming the puppy-skinning villain that we’re familiar with. Growing up, Estella has a special talent for fashion but also for being a rebel. Due to her rebellious nature, her mother Catherine decides to move to London with her. Catherine stops by a party hosted by the wealthy Baroness von Hellman, to ask for financial help. Instead of the money, she receives death. Estella witnesses Baroness’s ferocious Dalmatians pushing her off a cliff. Estella eventually reaches London, where she befriends two petty street thieves Horace and Jasper. Cut to ten years later and we see Estella who makes bread as a thief with her two accomplices. Meanwhile, she is also sharpening her fashion skills by designing their disguises.

After drunkenly remaking a window display, she lands a job with the renowned but narcissistic Baroness. As she starts to gain her confidence, Estella notices that Baroness wears the same necklace her mother used to wear. Under the guise of Cruella, Estella crashes a party to steal the necklace from Baroness. At the party, Baroness uses a whistle to command her Dalmatians, which triggers a flashback for Estella. She realizes it’s the same whistle she used to command her dogs to murder her mother. Seeking revenge, Estella starts crashing Baroness’ parties, upstaging her with her flamboyant fashion. With the help of her childhood friend Anita, who works as a gossip columnist, Estella gains publicity. After discovering Cruella’s real identity, Baroness tries to kill her, but she survives. Cruella stages an elaborate plan to reveal Baroness’s true evil identity to the world and have her jailed.

What Happens At The End?

In the mid-credits scene, we see Roger, a lawyer of Baroness in the film, playing piano in his apartment. It seems that after Baroness fired him, he’s not doing anything for the time being. The piano playing might suggest that he’s contemplating switching to a songwriting career. If you recall, Roger is a songwriter in 101 Dalmatians. As he plays piano in his apartment, Roger’s doorbell rings. He answers the doorbell and finds a package with a dalmatian puppy inside. The package has a signed note from Cruella that reads, ” Meet Pongo! Enjoy, Cruella.” Then we also see Anita receiving a gifted puppy with a note from Cruella. This one reads, “Meet Perdita! See you soon, Cruella.” 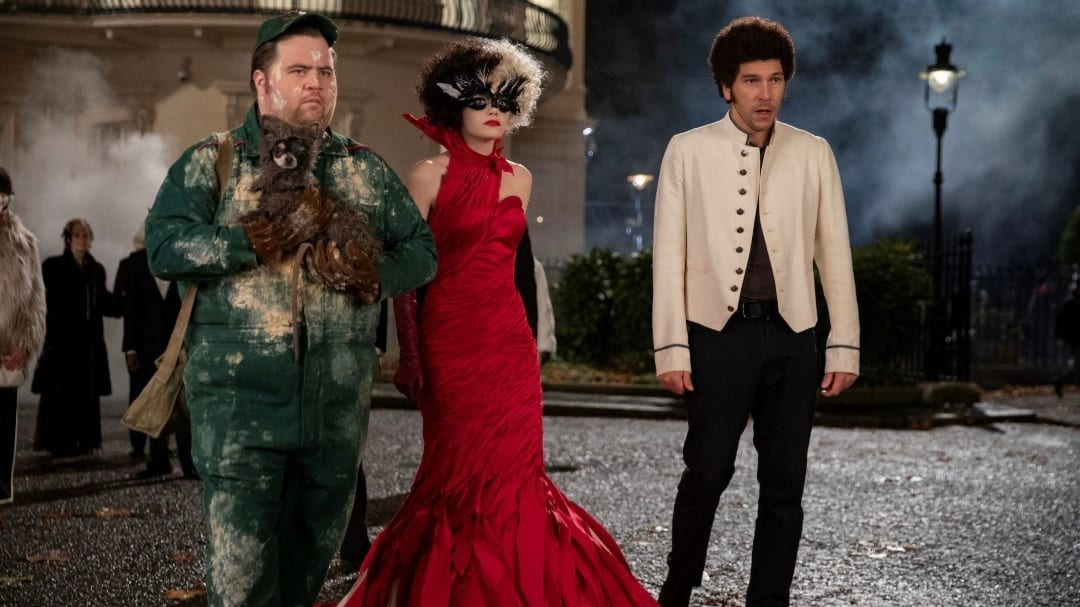 Cruella along with her cronies Jasper and Horace.

The ending seems to suggest that although the story is headed towards the familiar conclusion, this one’s gonna be different. Roger and Anita are more of a reboot of their past versions. Their surnames are also different this time. This means that we will be getting a deviation from the story we’ve all become familiar with. This Cruella might not turn into the puppy killer we all know and hate. It can be seen as a fun little nod to the original cartoon and the 1996 live-action film. But apart from that, this story is its own original rebooted tale of the famous character.

Cruella is currently in theatres and will be available to stream on Disney+ Hotstar in India on August 27.