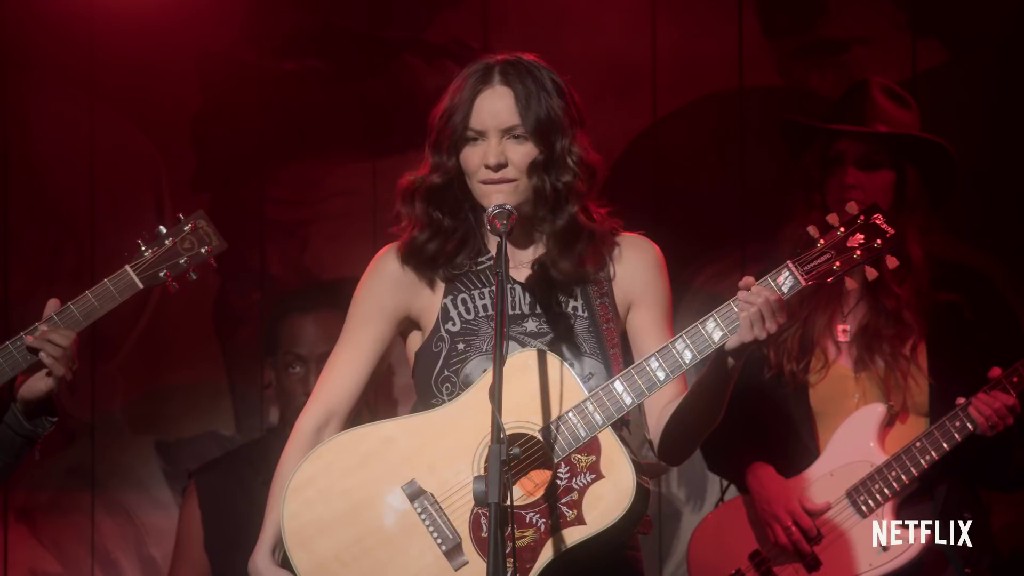 Country Comfort, a new Netflix original sitcom is making its way towards the platform’s wide catalog. The OTT giant already has a number of original sitcoms under its name that are considered successful. These include popular names such as The Unbreakable Kimmy Schmidt, Mr. Iglesias, and The Ranch. Now, Country Comfort joins the league as the newest original sitcom for Netflix with a twist of its own. The series is created by Caryn Lucas. Starring Katharine McPhee in the lead as a country artist looking forward to quite a different job after her career derails. The series comes not only as just another funny lazy watch but also with a country music element added in.

For past years, Netflix has grown from just a streaming service that streams licensed content to successfully creating originals of its own. Acknowledging the impact pandemic had on streaming services last year, Netflix continues its efforts. Plus, despite the production issues, the platform continues its works in safe environments. Country Comfort is the 20th original sitcom joining Netflix now with The Ranch being the most successful and critically acclaimed one. So, the question remains, if Country Comfort is just another sitcom or join as another success by bringing in country music and southern charm. Anyway. let’s take a look at everything we know about the country music sitcom so far.

The summary of Country Comfort tells the story of Bailey. An aspiring country music singer whose career is not likely going her way. To cope up with the costs, Bailey picks up a job as a nanny for Cowboy Beau’s five children. Bailey also acknowledges the fact that the previous nine nannies left because they couldn’t bear with Beau’s children. Despite the challenge, she gets on wither a not-give-up attitude and signs in for the job. Now, she hopes to get along with the kids using her southern charm and musical essence. 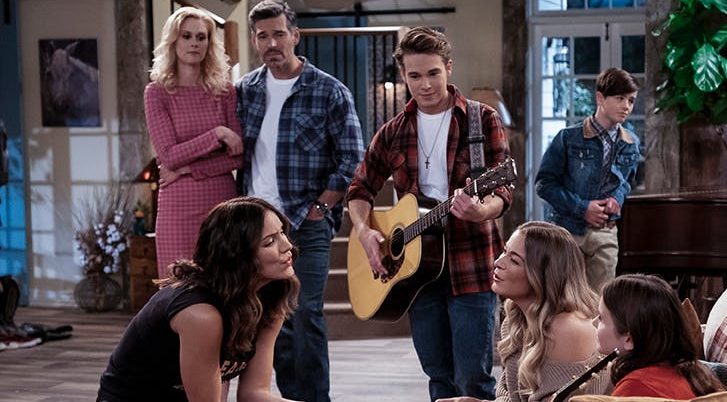 Started out as a challenge and need, Bailey grows fond of Beau’s children. She fills in the place of a mother the kids always longed for. In the meantime, she also finds out how musically talented the family is. This results in Bailey finding the country music band she needed to get back on the road to success. Now Bailey and the Beau family join in for a road to stardom as the newest country music band in the town.

Furthermore, the trailer for Netflix’s Country Comfort showcases an in-depth insight into the show. A number of emotions feature in the two-minute trailer. There are a number of ups and downs, Bailey and the Beau Family go through as they connect with each other. We start off with Baily being replaced by the bar she used to play at. Then she crashes over at Beau’s house where the kids mistook her for their tenth nanny until she finally accepts the job. 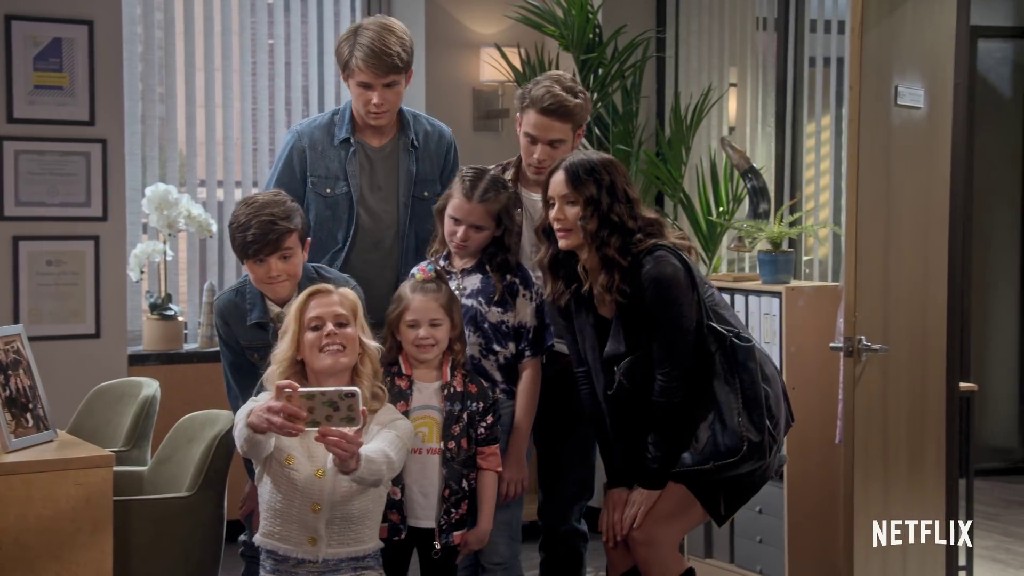 A place where Bailey accidentally bumped in turns out to be the place she was looking for to fend off her living. She helps the kids throughout their day-to-day challenges as she further connects with them filling the absence of their mother. There are some positive notes and flaws about Bailey but they all work out well for her. Also, they connect on the country music part as well. Finally resulting in Bailey finding out the country music band she needs to get back on the road to success. So, check out the official trailer for Netflix’s Country Comfort below.

The Cast Of Country Comfort

The charming and smiling face of Katharine McPhee leads the cast of Netflix’s Country Comfort. She is known as a popular singer coming from American Idol as well as for her time acting in shows like Scorpion(2014-18) and Smash (2012-14). Here, Katherin Mcphee takes the lead role as country singer Bailey. She is joined by Eddie Cibrian who is known for his stint in shows like Third Watch (1999-05) and CSI: Miami (2002-12). Here he picks up the role of Cowboy Beau. 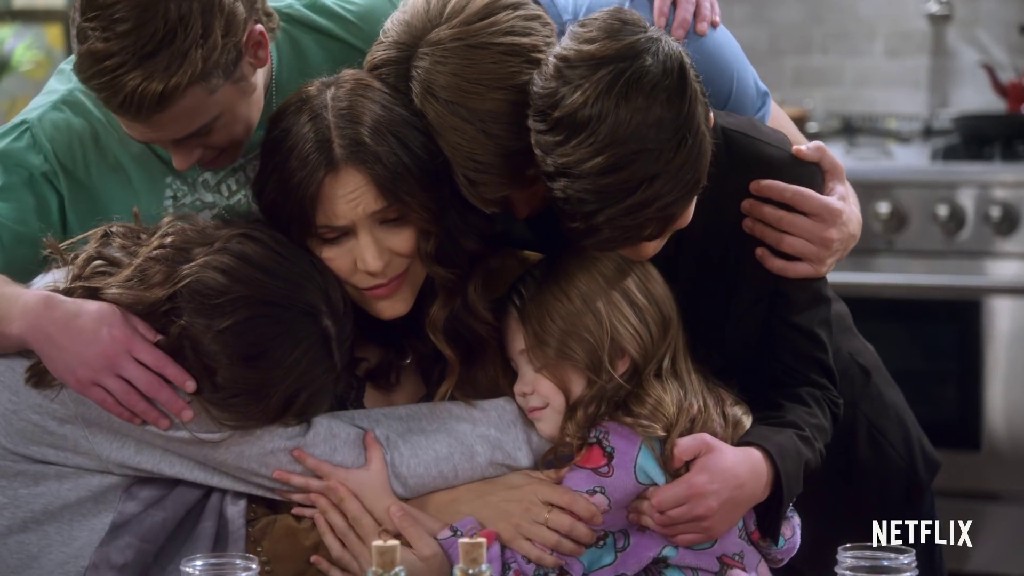 The main cast joining in also includes Jamie Martin Mann (Wolf) as Brody, Griffin McIntyre (Return of the Mac) as Dylan, Alexander Neher (Grey’s Anatomy) as Levi, Brooklyn MacKenzie(Truth Be Told ) as Lily, Kirrilee Berger (One Dollar) as Joe, and lastly Shiloh Verrico (Crown Vic) in the role of Cassidy. Eric Balfour (Six Feet Under) and Janet Varney(Catwoman) join in the roles of Boone and Summer as part of the recurring cast.

Country Comfort is releasing on March 19, 2021, on Netflix. The series consists of a total of 10 episodes releasing altogether. Each episode will run for around 20-25 minutes. As Country Comfort is one of the newest Netflix Originals, it will also be available to stream in 4k for Netflix premium users.  The creator Caryn Lucas also serves as an executive producer for the series. Lucas along with Peter Marc Jacobson, Ron Rappaport, and Julia Fowler has written all the episodes of Country Comfort. So, anyway for further updates revolving around entertainment, TV shows, anime, movies, and gaming on Otakukart.