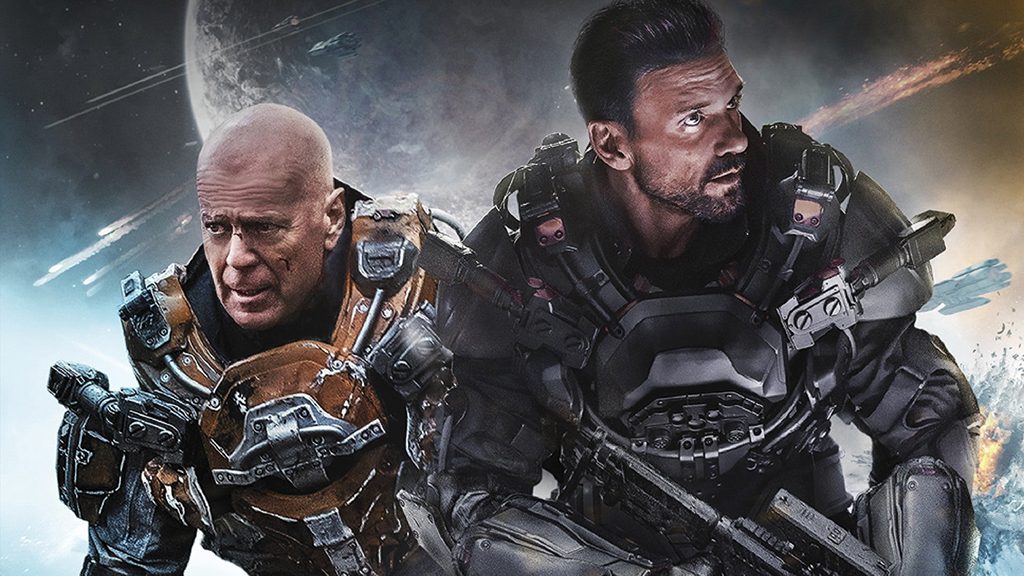 Today we will take a dip into the ocean of sci-fi movies to get the cosmic sin ending and plot explained. The 2021 Sci-Fi action movie directed by Edward Drake is set in the year 2524. In this era, humanity isn’t limited to earth. As the premise of the movie suggests that in the year 2031, the first Mars colony was founded, maybe because the population grew so much that there were no more houses left on earth. In 2042, we humans developed quantum propulsion technology. Therefore, we travel so fast that it only takes a few minutes to cross solar systems and I also hope it allows pizza to deliver on time.

However, the Mars colony fails in 2281, leading to the formation of an Alliance, which controls three colonies: Earth, Zafdie, and Ellora. But a tragic event takes place in 2519 when Zafdie wants to separate their ways from the Alliance and starts a rebellion. Always conflict, no matter what era. So further continuing in the story, General James Ford, a brave soldier from the Alliance army, drops a Q-Bomb on the rebel colony, killing 70 million people and earning a badass nickname, “The Blood General”. However, the General lost his job because of his actions and also his love, Dr. Lea Goss. In 2524, an unknown threat threatens humanity again and calls for some mind-blowing interstellar space adventure and actions.

What is the Cosmic Sin Ending and Plot?

As we said, an unknown threat is spreading its dark claws or maybe some black sludge towards humanity. In the year 2524, the Vander Mining Corp was stationed at a faraway planet in space, where two officers were having a romantic moment with each other when they detect traces of aliens. So, Captain Juda Saule gets cautious and reports headquarters about alien sighting when a mysterious figure attacks her. Meanwhile, General Eron Ryle takes on the case and wants James Ford and Dr. Goss on the team. Ryle sent Officer Dash to get “The Blood General” but Ford refuses and a civilian fight takes place in the bar they were meeting. Then Commander Marcus Bleck appears and stops the bar fight and forces Ford to join the mission with the bribe to reinstate him. However, having General James on board anger Dr. Goss. 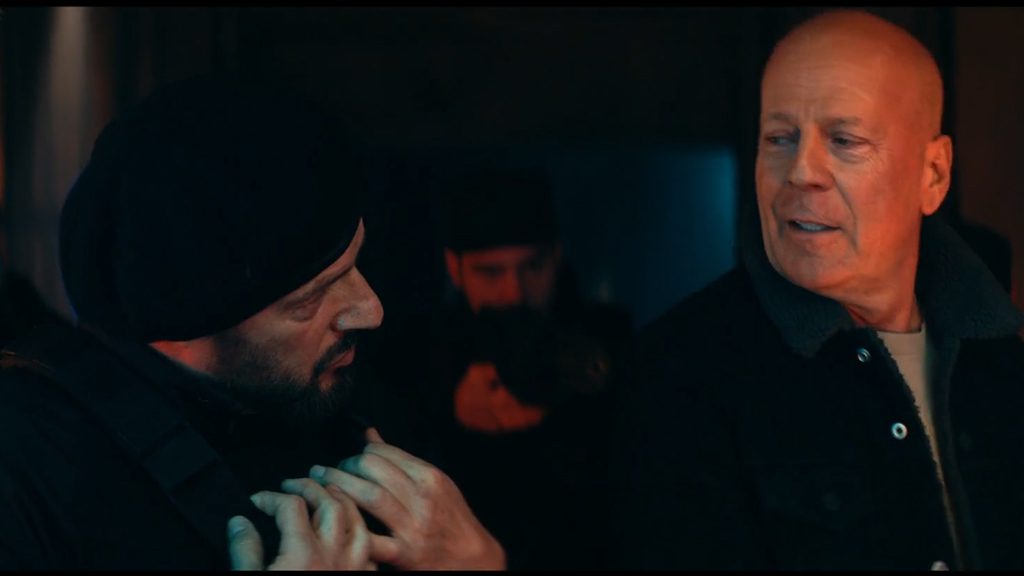 Marcus Bleck forces James Ford to join the fight against Sigea in the movie Cosmic Sin.

Soon the team meets at the McMillian Airfield to discuss the upcoming threat. Further, they went to interrogate the Vander Mining Corp survivors. But the survivors killed the security and attacked Ford’s team because the survivors were under the alien’s control (Mind Control is always the problem). But Ford and the team win the attack but at the cost of 53 lives. Resulting in Goss recalling the Alliance protocol according to which they will kill the aliens because they attack first. For which Ryle assembles a team, which comprises Ford, Goss, Bleck, Dash and they also invite Corporal Fiona Ardene, who is the in-charge to prepare a Q-Bomb. And a fun fact: Ardene is a genius who doesn’t have friends and drives a cool motorcycle. With all these, the mission Cosmic Sin commences, where they will travel to Ellora to fight back the aliens.

While the team Quantum Jumps to Ellora, Ryle’s suit malfunctions and doesn’t make it to Ellora with his team. Also, Ford and Goss drift away from the squad, while Beck receives a mortal wound. Soon after their “successful” landing, the aliens attack them, but the Elloran survivors come to the rescue. After the flight, the Elloran survivor’s leader, Sol Cantos, verifies they’re human and agrees to offer them help. While taking them to the Elloran Alliance Base, Cantos tells them the aliens are Sigea, who infect the humans with black sludge to control them. Meanwhile, Ford made it back to the base, where they witness the death of Bleck. 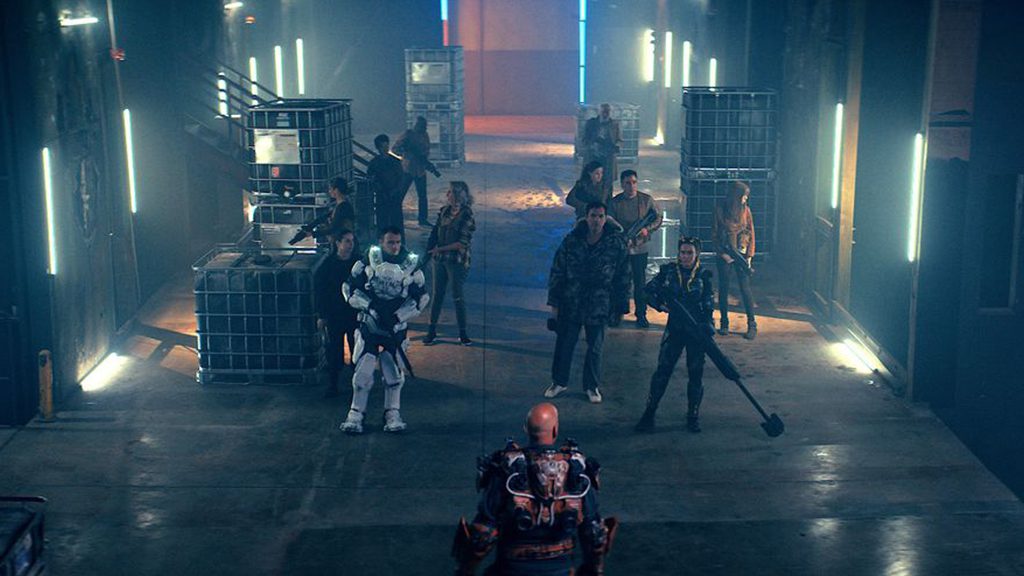 The Elloran Alliance survivors prepare for the last stand against Sigea.

The team assembles and plans to attack the gateway in space with a Q-bomb, which will stop the Sigea invasion once and for all. Therefore, Ardene works on the orbital cannon to shoot the Q-Bomb towards the gateway. In all this mess, Ardene receives Ryles’s signal, who is stuck in space, and volunteers to detonate the bomb. However, the Sigea attacks the Alliance outpost, as they knew the plan because of turning Goss into their agent. Dr. Lea offers a chance for the survivors to surrender, but they refuse. Soon a battle breaks out at the outpost, where the survivors were holding back the Sigea, giving Ardene enough time to launch the Q-bomb. Meanwhile, Ford followed Goss to the gateway, where Ford repels back to Ellora and Goss drifts into the gateway. Ryle self-sacrificed himself to detonate the bomb and losing the gateway for eternity.

After the battle, Ford and the rest of the survivors meet at the bar on Earth and celebrate their victory. We further get to know that Ardene finally has friends, and she ended dating Dash. In the end, Ford takes a shot and leaves the bar and the Sci-Fi action ends. However, when Ford and Goss were separating at the gateway, Goss mentioned there will be no peace, indicating a sequel. Usually, these kinds of movies always have a sequel, even they had the potential to have one. But after the 2021 movies doom, a sequel to the story looks impossible.

What is the review for Cosmic Sin?

Edward Drake directed this Sci-Fi interstellar action-adventure movie but failed to execute the project. The movie features some big-name actors like the “Die Hard” star, Bruce Willis, and Frank Grillo, whom you have seen in MCU movies, playing supervillain Brock Rumlow. However, even after having so many talented actors, the movie can’t be saved from its doom. Even in many scenes, it felt like the actors hardly gave any effort into their roles. It received a lot of negativity. Even IMDb gave only 2.8 stars and only 3% fresh on rotten tomatoes. Many movie critics claim it as a failed project to create a love child between Die Hard and Star Trek. Because the plot doesn’t have any freshness and uses that alien attack plot with some scenes, forced action sequences, and poor camera angles. Further, some claim that Bruce Willis might want to forget ever working on this movie.

However, the audience has a different take on it, as many liked the movie for the mess it is. After watching Cosmic Sin, even I was laughing and thinking about how the production gave the green light to it. We all have a list of flop movies, which can be a great guilty pleasure. Therefore, the movie is getting much attention for the past few months. Currently, Cosmic Sins is streaming on Netflix, where you can enjoy this movie.