The coronavirus pandemic has struck with new variants, bringing in more cases to light. While the pandemic wreaks havoc amidst the society, work must go on. As the anime industry resumes back to its pre-pandemic state, a major situation strikes again. Several Voice actors are getting infected by the coronavirus. Previously, Kent Itou, Takuya Satou, and Yusuke Shirai were reportedly confirmed positive. While they recover, Soma Saito and Junichi Suwabe have been tested positive for covid. With more cases arriving within the seiyuu industry, The managers and intervention are trying to gain a foothold in the situation. Fans have shown concern towards the infected voice actors through tweets and comments.

Soma Saito and Junichi Suwabe are popular voice actors who have made their names by voicing several renowned characters. The sudden news about their infection has caused several fans to feel worried about their favorite artists. situation to calm down fans.

Soma Saito is a very popular voice actor who is known for voicing Tatsumi in Akame Ga Kill and Tadashi Yamaguchi in Haikyu !!. He currently also voices Miyano in Sasaki to Miyano.

On 22 January 2022, Saitou suffered from a fever. After undergoing a PCR test on 23 January, he was confirmed to have contracted the coronavirus. Following the confirmation, his agency, 81 Produce, released an official statement on their official website. Soma Saito The voice actor has also taken to Twitter to confirm the news.

Junichi Suwabe reportedly suffered from a sore throat on 22 January 2022. The following day he was tested positive with the virus after taking the PCR test. His agency, Haikyo, released an official statement stating that he has been under voluntary quarantine since he was suffering From throat aches. He is currently undergoing treatment and has shown improvement. Junichi Suwabe took to Twitter to also announce that Junichi Suwabe’s Weekly Oji Search and Ron Harroom will be on hiatus for the next issue due to his medical condition. However, Hitotema Radio’s pre -recorded episode will air on time without fail.

Junichi Suwabe is known for several popular roles in anime, including Ryomen Sukuna in Jujutsu Kaisen and Aomine Daiki in Kuroko no Basuke. 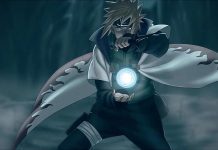 In What Episode Does Minato Appear For the First Time? 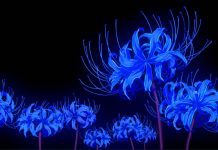 What Is Blue Spider Lily? What Are Its Powers? 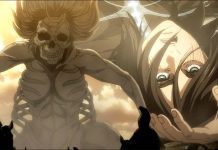 Why Is Founding Titan So Powerful?