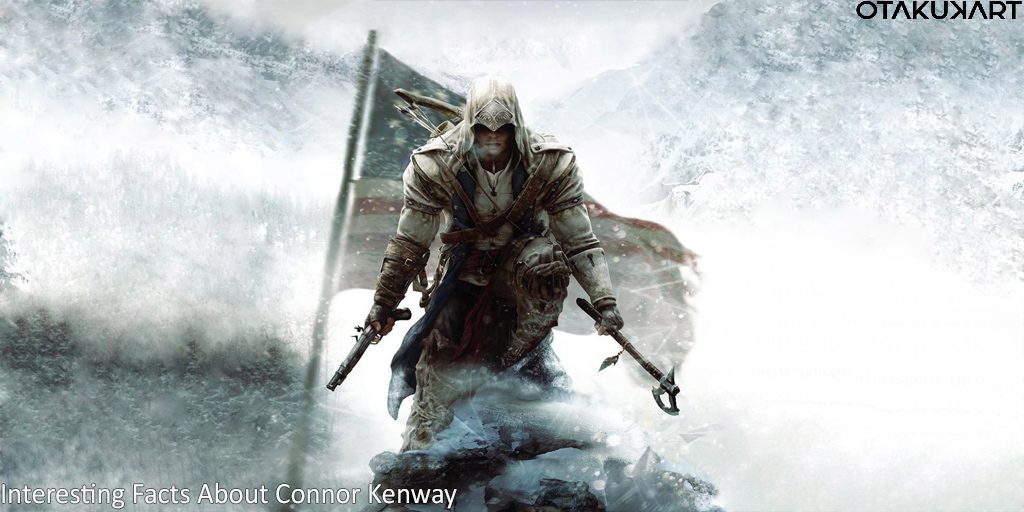 Every game in Assassin’s Creed franchise introduces a new protagonist. Assassin’s Creed III introduced the fans to two new characters, Haytham and Connor Kenway. Who is Connor Kenway? What was his role in the game? Was he as good as other protagonists? Do not worry, as we will share some interesting facts about Connor Kenway in this blog, so scroll down and learn everything about him. Ratonhnhaké:ton or Connor was a member of Kanien’kehá:ka clan and Assassin order. At an early age, he lost his mother to a village fire which was the work of Templars. This event filled young Connor with a thirst for revenge against Templars.

In his teens, he left the village to look for a homestead, the house of Achillies, which he found and asked Achillies to train him. Achillies, after some rejection, took him in and started training Connor in the Assassin’s way. He witnessed many situations that made his resolve against the Templar. Connor, after learning about his people in danger, declared war with the Templars. He met many real-life figures like Benjamin Franklin, William Johnson, and George Washington and helped them in their quest to save America from the colonialists and Templars. After learning the intent of the American Templar Order, he targeted and killed their Grandmasters, Charles Lee and Haytham Kenway. He then retrieved the Piece-of-Eden and hid it.

Haytham was an important member of the Templar Order, who was also deadly. He had an integral role in almost wiping out the American Brotherhood of Assassin Order with the help of an assassin-turned-templar, Shay Cormac. His son, Connor, worked with him on many occasions, but it did not work due to different ideologies, which eventually led the father and son in a confrontation where the latter killed the former.

Connor tried to unite the Assassins and Templars Order for a better world and peace. He believed this unity would be better than fighting with each other.

Connor did many things for that particular cause, like working with his father but learned that ideologies of both the order were far too apart. In the end, he had to eliminate most of the Templar members during the American Revolution. He brought back the brotherhood from nothing when he arrived in America, which Templars and their ideals destroyed to further their goals.

Connor was one of the important members in founding America in Assassin’s Creed III. He himself did not know how integral role he played for the foundation.

During the course of the game, he met several important figures like Benjamin Franklin, William Johnson, etc., and helped them in their quest to stop colonialists from colonizing America. He met the first President of America, George Washington, and prevented his murder from the Templars. America in the Assassin’s Creed franchise would not exist without this Assassin. Even after his quest for revenge against Templars and preventing colonizing of America, he continued to work for other activities like liberating his peoples, Kanien’kehá:ka from suppression, saving and liberating slaves, etc.

Also Read: Assassin’s Creed: Who is Stronger, Edward or Connor?

Though Connor played a very integral role throughout the game for the people of America, he almost lost everyone he knew by the game’s end.

He lost his mother, Kaniehtí:io, during his village’s fire. Then he lost Achillies, who was his mentor and made him the Assassin he is. Then he had to fight and kill his own father, Haytham Kenway, due to different ideas of peace. He had to kill his childhood friend, Kanen’tó:kon, due to lies he learned from the Templar Charles Lee. During the epilogue, he goes back to his village to meet his clan, only to find them gone.