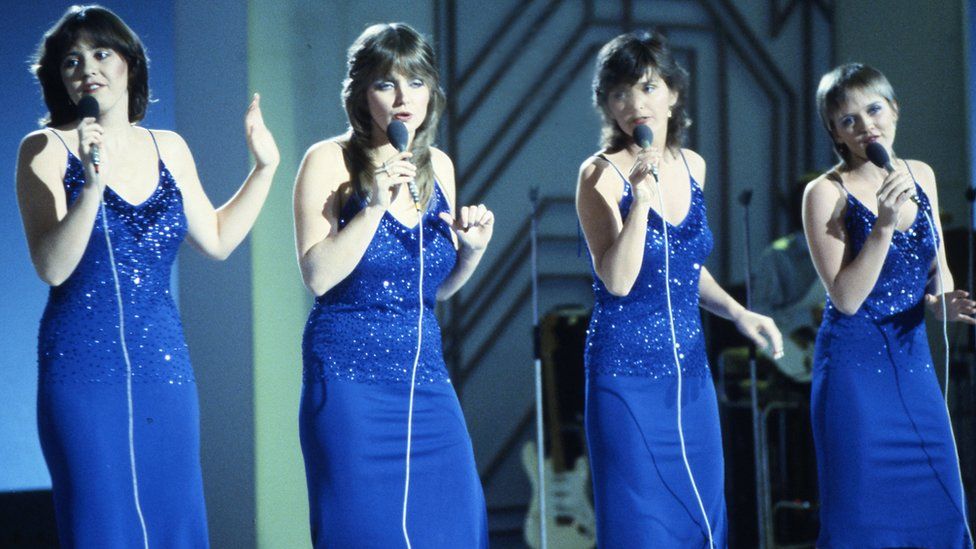 Coleen Nolan is an English television personality, singer, and author. Collen was in a band named Nolan; she used to sing with her sisters. She is now very famous as she has become a regular member of The Loose Women. From 1980 to 1994, Nolan was a regular and full-time member of the band, and she performed on television in 1974 for the first time. The band was basically very famous in Japan and won a Grammy award in Japan too.

Not Only this, Nolan presented a daytime show on ITV called The Morning. She also appeared as a guest star in many shows and also won awards for her singing career. In 2017 January, she also made her celebrity come back in Big Brother in the 19th series, and she won the show with 33 percent of the vote.

Nolan was born in Blackpool in 1965; She is the youngest one in the family. While they appear perfect in front of the cameras, her inside life was not that good. Anne, Coleen’s sister, revealed that their father, Tommy, sexually assaulted her when she was young. Collen is an author too; she described her father’s violent behavior in her autobiography in the year 2009. She said that her father could get aggressive for small things, you blink your eyes, and he becomes a totally different person.

Despite the troubles they faced in their early life, they still formed a band, Nolans, to get so known that everyone now talks about them. Nolan will soon appear on Life Stories With Piers Morgan and talk about her married life and her career with her sisters. Coleen tweeted that she will be coming on the show and will talk about all her ups and downs in her life. 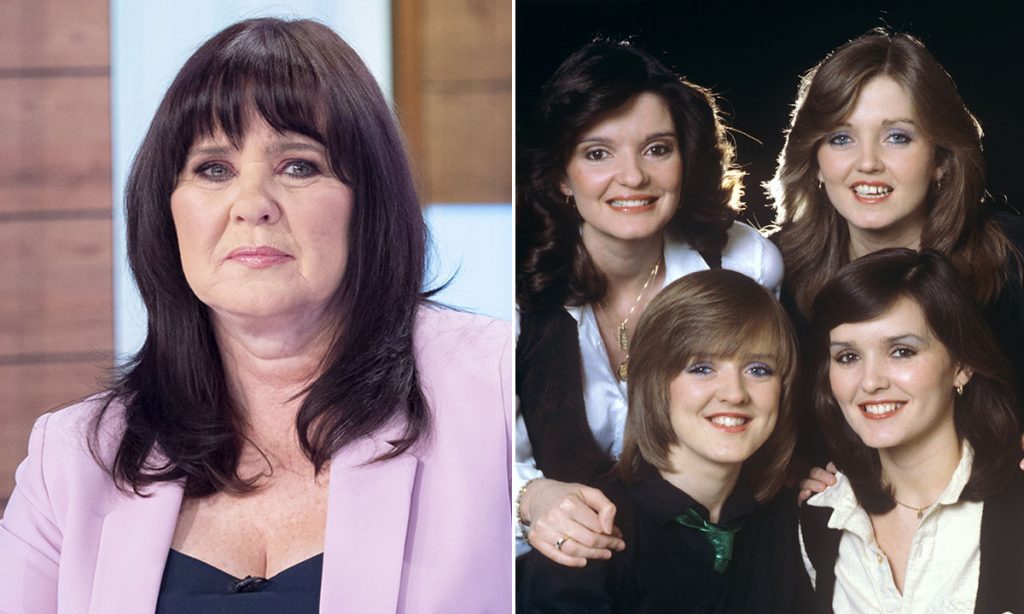 Coleen Nolan with her sisters, aka Nolan Band

On the 5th of February 1974, Coleen Nolan made her first appearance on television as a band with her sisters when she was only 9 years old. Nolan band first appeared on its Cliff Richard. The band performed ‘Stuck On You’ as their first band. Nolan sang the lead vocals ‘But I Do.’ As she was very young at that age, she couldn’t become a full-time member of the band until 1980, and she was fifteen. But she appeared in the band’s hit music dance video ‘ I’m in the mood for dancing.’ This ranked number 3 in the top singles chart of the UK.

After that, the band came under the Top 20 UK list, which included songs like Gotta Pull Myself together in 1980, Don’t make waves in 1980, Who’s gonna rock you (1981), Don’t love me too hard in 1982, Chemistry in 1981. After getting success in so many songs, they finally won the Tokyo music festival with the song ‘ Sexy Music.’

Have you ever heard the name of Filthy Rich and Catflap sitcom? Obviously Yes! On the 14th of January, 1987, Coleen appeared in this sitcom with Bernie, Annie, And Maureen. They also won the 33rd Japan records award. In 1994 Nolan took a break from the career to raise her family, but she returned in 1995 with a remake of “I’m in the mood for dancing.” Finally, in the year 2000, Nolan became a full-time member of ITV’s Loose Women. She has been connected with the series for the past 20 years. Once she left the show on the 28th Of July, 2011 but she made her come back on the 7th of October 2013 as a full-time member.

Nolan also presented a show called, The Truth About Eternal Youth related to plastic surgery on ITV. You may have seen her in a short comedy film named Rattler. She played the role of Janelle Cooper.

Other Works Of Coleen Nolan 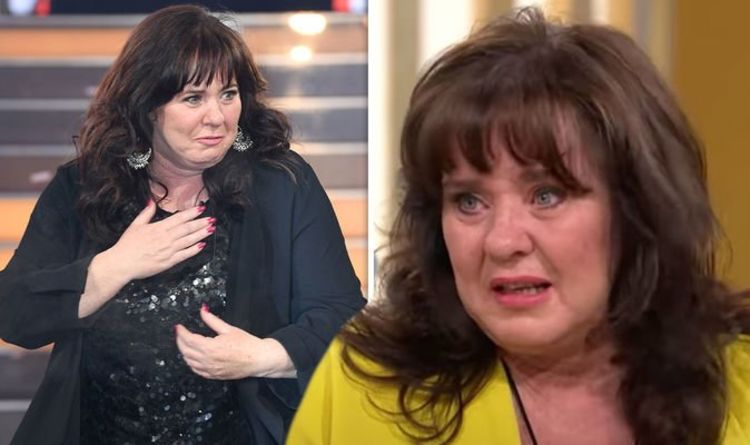 Coleen Nolan wasn’t just limited to singing and acting. She has done so many things. Coleen Nolan has her own weekly column in Best Magazine.

Coleen Nolan, in 2007 for the first time, appeared in a Supermarket Chain Advertisement along with her sister Bernie. Not only this, but she also appeared in various commercials for many years. In 2010 she became the brand face for the Park Christmas advertisement during the Christmas season and made a television appearance.

Before this, in 2008, She launched a DVD by the name “Brand new you.” Rosemary Conley and Coleen Nolan produced the DVD. In the year 2013, she made an appearance in a play performed at the Manchester Opera House, and later on, she was re-performed at Bradford Alhambra in the year 2017. She made Various appearances in guest shows as well as television. She made an appearance in The Sharon Osbourne Show in 2016; later on, she appeared again in an Irish chat show named The Podge and Rodge Show.

Collen Nolan first got her popularity when performing in a band called Nolans with her sisters- Linda, Maureen, Bernie, and Denise in the year 1974. At starting they were called Nolan sisters, but as time changed, they were known as Nolans. The band became very famous, and they were known for famous songs like ‘Gotta Pull Myself Together’ and ‘I’m in the mood for dancing.’ Though they were very, very famous all around the world, Nolans got most of the fans from Japan. And therefore, the band won at the Tokyo music festival, and about 10 years later, they were awarded ‘Japanese Grammy.’ Nolan continued in the band till she was 14 years old before leaving the band in 1994.

Coleen Nolan has a worth of approx 6 million US dollars. Her worth really reflects the success she has maintained in the music industry for a very long time. She also became a permanent member of the Loose Women Panel in 2000. Not only this, but she also made some guest appearances on Reality shows such as Celebrity Big Brother and Dancing On Ice.

Coleen Nolan participated in 2017 on the show celebrity big brother, where she was evicted for the superhero shopping task by Jamie O’Hara, surprisingly she won out with the most number of votes in live voting. In her competition, there were Kim Woodburn, Jedward, and Chloe Ferry. On the same show, she met the game of thrones actor James Cosmo and came to a good friendship with him. Later on, in the show, she was the winner and gained the most votes from the house members and the public; this stood out to be the boost in her career. 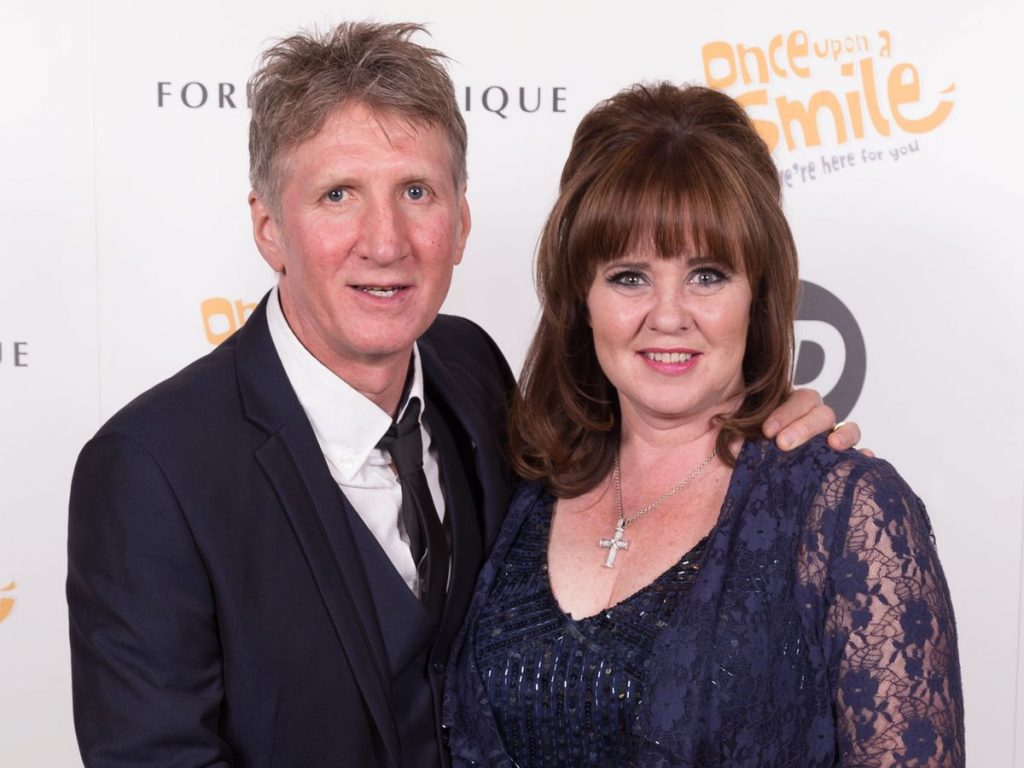 Coleen Nolan With her ex-husband, Ray

Coleen Nolan is the youngest in her family and is only the one who was born in England. She has 7 siblings. Collen Nolan married Shane Richie in 1990; then they had two sons before they split up in 1997. Nolan finally divorced Richie in 1999.

On the 19th of June 2001, she again became a mom and gave birth to a daughter, Ciara. After that, she engaged Ray Fensome, her long-time boyfriend who is a musician from Leed. They got engaged when Ray proposed to Collen on her 40th birthday in 2007. On the 6th of February 2018, Collen announced in front of the media that she and Ray are getting divorced as they were facing difficulties in their marriage for the past two years. The divorce was confirmed in mid of 2018. Nolan mentioned that she and Ray are still very good friends even though they were divorced.

Recently in 2020, December, Nolan revealed in a live show that she started dating a man two hours after she was divorced from Ray.

Maureen, her late mother, had Alzheimer’s. Therefore she opened the first Alzheimer’s society info center on the Fylde coast. Her mother passed away on the 30th of December, 2007.

Does Colleen Has A New Boyfriend?

Coleen Nolan’s bigger sister Linda Nolan, 62, has recently said in an interview that she hasn’t met Collen’s new boyfriend, but she thinks he may be the one for him. Star of Loose Women, Collen is dating someone new but hasn’t revealed anything about him, he is 8 years younger than her. Linda mentioned that her sisters, Collen and Mauren, have already met men in this lockdown period through some dating apps.

She further added that Coleen has definitely met someone, and as we call him, he is her ‘boy toy’ Everything is going well for Coleen, and she will meet him very soon.

ALSO READ: Dua Lipa Net Worth In 2021, Career And Earnings