City on a Hill Season 3: Everything You Need To Know 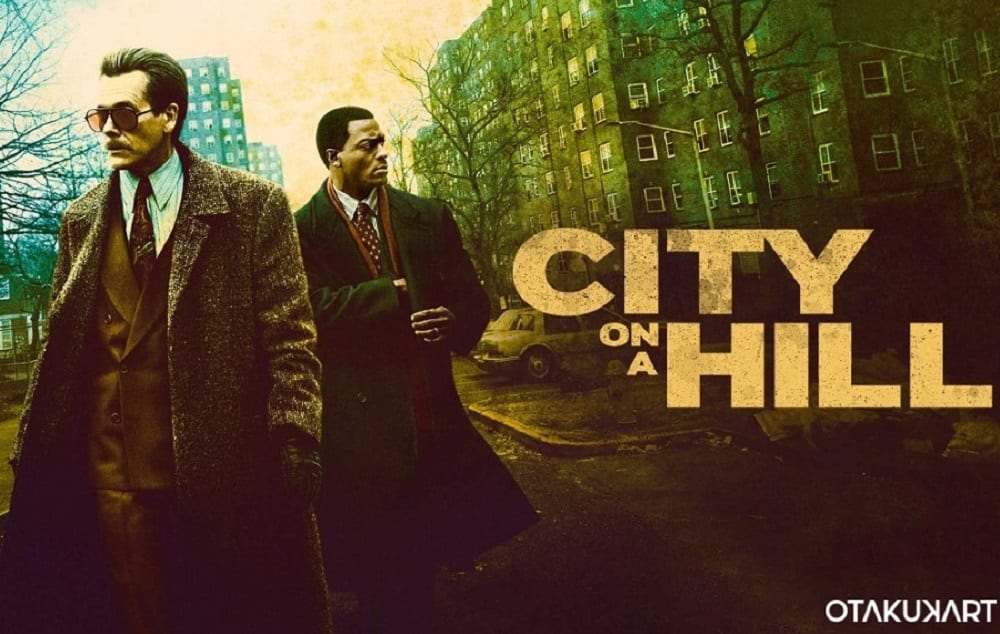 City on a Hill Season 3 will be coming out soon and here's all you need to know about it.

‘City on a Hill’, the American crime drama TV series, wrapped up its second season yesterday i.e. on 16 May 2021. Created by Charlie MacLean, the show made its debut on 7 June 2019. It recorded 0.532 million viewers from the US itself on its premiere. Moreover, it garnered several mixed reviews from the audience as well as the critics. The critics described the show as entertaining and engrossing even though its story with twists and turns couldn’t match up to the expectations.

Furthermore, it has an average rating of 7.5/10 on IMDb and an average score of it 76% on Rotten Tomatoes. Consequently, in August 2019, the production renewed the series for another season. As a result, the show premiered its second season a few weeks ago and recently concluded it. However, as the second season is over, all the fans are really worried whether there will be another season to the crime drama. So, just dive further into this article to find out everything about City on a Hill Season 3.

Everything you need to know about ‘City on a Hill’:

‘City on a Hill’ is an American TV show created by Charlie MacLean. It runs in the genre of crime drama and revolves around the lives of Jackie Rohr (a corrupt yet venerated FBI veteran) and DeCourcy Ward (Assistant District Attorney) who form an alliance to take on Boston’s citywide criminal justice system. It has aired a total of 18 episodes to date over the course of its two seasons. The show used to air an episode every week on Sunday with each episode having an approximate runtime of 55-58 minutes. Chuck MacLean, Tom Fontana, Ben Affleck, Matt Damon, Jennifer Todd, James Mangold, Barry Levinson, and Michael Cuesta are the executive producers of the show. Pearl Street Films, The Levinson/Fontana Company, and Little Mountain Films are the production companies behind it whereas Showtime is its original broadcasting network. Anyhow, let us now have a look at the cast that will be returning for the third season of City on a Hill.

Kevin Bacon as John “Jackie” Rohr: Kevin Bacon is an American actor who is popular for being a part of movies and shows like “A Few Good Men”, “X-Men: First Class”, and “The Following”.

Aldis Hodge as DeCourcy Ward: Aldis Hodge is an American actor. Some of his best works include “A Good Day to Die Hard”, “A.T.O.M”, and “Leverage”.

Jonathan Tucker as Francis “Frankie” Ryan: Jonathan Tucker is an American actor who is very well known for his works from “Kingdom”, “The Texas Chainsaw Massacre”, and “Parenthood”.

Mark O’Brien as James “Jimmy” Ryan: Mark O’Brien is a Canadian director and actor. Some of his best works include “Halt and Catch Fire”, “Goalie”, and “Republic of Doyle”.

Amanda Clayton as Cathy Ryan: Amanda Clayton is an American actress who is popular for being a part of films and series like “If Loving You Is Wrong”, “John Carter”, and “The Bet”.

Jill Hennessy as Jennifer “Jenny” Rohr: Jill Hennessy is a Canadian musician and actress. Some of her best works include “Crossing Jordan”, “The Acting Class”, and “RoboCop 3”.

What to expect from City on a Hill Season 3?

Now that City on a Hill Season 2 is over, there are lots of theories that can be computed after seeing its finale episode. So, you can expect Jackie to start reflecting on his past. Moreover, he will ponder whether there is any hope for vindication. The Campbell case will get even more tangled as Grace makes up his mind to incriminate Anton so she can save Kelvin. Besides, we have seen Jenny helping out Maeve (her friend) by lending her some money. However, in the next season, Jenny might realize that she made a big mistake in doing so. As a result, if the production does decide to release the third season, we might get to see if Jackie is able to change himself. The production has not yet released a trailer for the next season. However, you can watch the official trailer for City on a Hill Season 2. It has already crossed 4.2 million views, and you can click to watch it below.

As of now, the production has not revealed any official release date for City on a Hill Season 3. The series released its second season in March 2021. This means that the show was released approximately a year-and-a-half after wrapping up its first season. So, we can say that the producers waited for a long time to check the audience’s response. Consequently, we can expect them to do so for the third season as well. Currently, nobody from the production team has stated anything news regarding the renewal or cancellation of the series. However, if there is another season, it will take some time to release. So, you can expect City on a Hill Season 3 to release in mid or late 2022. Until then, you can binge on the previous seasons of the show on Showtime.

Also Read: Olivia Rodrigo Net Worth: How Much Is The Star Singer Worth?

Mare Of Easttown Episode 5 Explained: An Enigmatic Episode Which Led To More Questions

The Rookie Season 4: What We Know So Far