Chyler Leigh Net Worth: Achievements and Success Story of the Supergirl Actress

The girl who kickstarted her journey as a child star is now earning in millions! 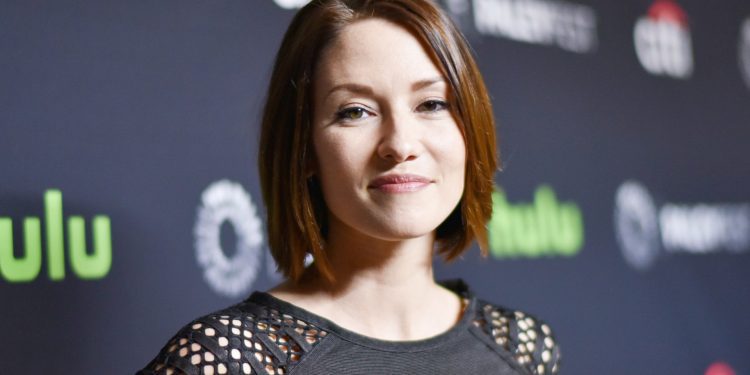 Here, we have discussed all about the Net Worth of Chyler Leigh! The girl who grabbed global attention and rose to the heights of success by her outstanding role as Alex Danvers in the DC Comics superhero series “Supergirl”. She had accumulated millions through her hard work. But what is the exact Net Worth of Chyler Leigh? Well, if you are curious to know the answer to this question, then this piece is just for you! As the article will unveil in the below sections, you will be getting to know several unknown and interesting facts related to the personal as well as professional life of Chyler Leigh. But before we get on to the main topic of today’s discussion, let us know a little more about her.

So, her full name is Chyler Leigh West. But professionally, she is known just as Chyler Leigh. She is an American actress, singer, and a potential model. Her other works, which had helped her to climb the stairs of success, are as follows. Leigh is probably best known for playing the part of Janey Briggs in the 2001 comedy film “Not Another Teen Movie.” The next role which had added another feather to her cap was as Lexie Grey in the ABC medical drama series “Grey’s Anatomy” from 2007 to 2012.

Following this, she got the role that had helped her to rise to the global stage and gain international attention. This role was as Alexandra Danvers Ph.D. MD (also known as Sentinel) in the DC Comics superhero series Supergirl (2015-2021). The story of her successful journey brings us to the question related to her income. The sections below will not let you down as we will be discussing the same in detail. On this note, let us begin our hunt to know more about the personal and professional life of Chyler Leigh!

Chyler Leigh has accumulated a healthy Net Worth, which ranges between $5 million to $6 million. Her huge Net Worth is the result of her successful journey in the entertainment industry and it would not be wrong to say that she has been enjoying the warmth of the limelight for a long time now. She kickstarted her journey as a child star while modeling. Following this, she had stepped into an acting career. As a young teen, she had gained several roles in television and then the successful path which she had walked on is witnessed by each one of us.

It would be worth mentioning over here that Chyler Leigh was just in eighth grade when she started modeling. Following this, she appeared in local television commercials and a syndicated teen news show, Hall Pass. Her journey had also helped her in bagging several highly acclaimed nominations and awards. But what are they? Which nominations and awards had lined her path? Let us discuss this in detail!

Awards and nominations help artists to prove their potential. Thus, they play an important role in the lives of artists and the highly acclaimed nominations and awards that have lined the successful journey of Chyler Leigh are as follows. Starting with the nomination which she gained for “Safe Harbor” in the year 2000. It was under the category of ‘Best Performance in a TV Series – Young Ensemble.’ And the award for which she was nominated was for the “Young Artist Awards.” Following this, two years later, in 2002, she was capable enough in bagging the award under the category of ‘Exciting New Face-Female,’ which was given to her for her work in “Herself.” And the award which she received was the “Young Hollywood Awards.”

Then, after a gap of a few years, she again received a nomination for one of the highly acclaimed awards, which was for “Screen Actors Guild Awards .” It was in the year 2008 when she was nominated under the category of ‘Outstanding Performance by an Ensemble in a Drama Series.’ This was for her outstanding work in “Grey’s Anatomy.”

Game Of Outlaws Episode 13: Will Jane And Lalisa Reconcile?