‘Chimera’ Season 2: Will Joong Yeop & Jae Hwan Ever Catch Up For A Drink? 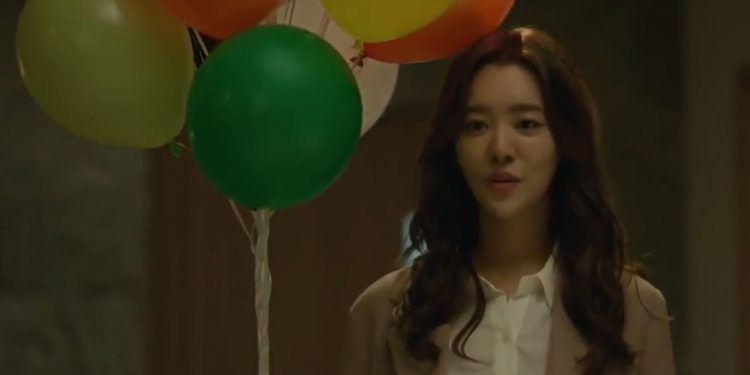 The OCN thriller ‘Chimera’ has finally come close to its ending this Sunday. And the expectations for a season 2 of ‘Chimera’ might be building up. The k-drama started back in October and went on to keep the fans glued to their screens. It followed the series of explosive murders of people who worked on a case 35 years ago. Jae Hwan and Eugene investigated the killer ‘Chimera’ behind the explosions. Meanwhile, reporter Hyo Kyung did her best to bring all the information out to the public.

Joong Yeop, who started off as the prime suspect, i.e., the Chimera, also fought to live and find the answers he was looking for to prove his father’s innocence. It is no shock that every new episode gave a new twist, as ‘Chimera’ went on to receive the highest rating with the new episode release. With the ‘Chimera’ ending, Joong Yeop and Hyo Kyung have finally achieved their goals. While Eugene is back in the States and Jae Hwan is in Korea taking care of his mother. While the truth still hasn’t come out, the people behind the crime have died an explosive death.

‘Chimera’ Season 2: Is There Going To Be A New Season?

As for now, there is not going to be a season 2 for the OCN k-drama ‘Chimera’. With the ‘Chimera’ ending, the story went on to cover everything. But if another season of Chimera is being questioned, there are a few things that need an explanation. So while the ‘Chimera’ season 2 isn’t in the mind of the director or the writer for now. Even if looked at the story to work on for later, a lot of things have been left unanswered.

What To Expect In ‘Chimera’ Season 2?

While ‘Chimera’ Season 2 isn’t happening, for now, there’s nothing bad in putting our questions forward. While all the people behind Lee Sang Woo’s murder, from detectives to Seo Hyun Tae, have died in a chemical explosion. The truth about Sang Woo not being the ‘Chimera’ is still not out yet. While the truth about Jae Hwan’s father is still in question, Jae Hwan’s absent father wasn’t really questioned throughout the show. His mother mistaking him for Seo Hyun Tae and calling darling did ring a bell. And the way Hyun Tae kept asking about his mother, Seo Hyun Tae and Ryu Sung Hee do have a history other than him trying to kill her in a house fire.

And in the end, Joong Yeop never got to finish what he was saying at the terrace before he got shot. And he is yet to catch a drink with Jae Hwan as the Chimera has finally been caught.

‘Chimera’ Ending: The ‘Chimera’ Reveals Itself

As we saw in the previous episodes, both Chimeras revealed themselves. Eun Soo went on to reveal to the police that she’s Ryu Sung Hee. Meanwhile, we saw Hyo Kyung at the parking as Chief Bae’s car exploded. As the chaos was everywhere, Joong Yeop being in hospital ruled out the possibility that he was Chimera. It wasn’t until Jae Hwan found some chemistry video lectures from ‘Hanter Production’ featuring Hyo Kyung. He saw the reporter performing all the chemical explosions on the chemical table. He figured something was going on with her and went on to find her everywhere he could. On the other side, Joong Yeop was back in his senses after Hyo Kyung told him she was his sister. He asked Hyung Guk why he would keep the secret from him. Knowing that they needed to stop her, he was already on his feet.

While Hyo Kyung went on to meet Ryu Sung Hee, asking if she could kill the one she loved the most, i.e., Jae Hwan. But Sung Hee had no memories of having a son. Telling her that she’s a reporter, Hyo Kyung went on to ask her some questions about Ju Seok’s diary. She asked Sung Hee why couldn’t she complete Chimera’s goal as she couldn’t have forgiven him. Sung Hee told him that it was someone else who stopped her. She asked Hyo Kyung if she had someone who could stop her. Asking if she had any message for Seo Hyun Tae, Hyo Kyung told her that she was going to meet him. But Sung Hee just told her that she pities Chimera.

Also Read: Romance Is A Bonus Book Season 2: All The Updates About The Upcoming Season!

On the other side, Seo Hyun Tea was living in fear as his past kept coming back. Drinking with Min Ki, he told him that it wasn’t chief Bae but him who killed Lee Sang Woo. At the same time, they were able to get a hold of Sang Woo after chief Bae tortured him. But he went on to choke him to death, thinking Sang Woo indeed was the Chimera. He told Hwa Jung that he wanted to leave everything and go to New York. Hwa Jung refused to let him leave, telling him to die fighting instead of running away.

As Hyo Kyung went on to meet Seo Hyun Tae, she told them that she was there from Ryu Sung Hee’s side. And she didn’t come alone but brought balloons and flowers with her. Finally getting a chance to interview him, she asked him about Chimera. He told her that Chimera was dead, but she just smiled, asking him if he was sure. He asked her about her being Hyung Guk’s daughter. She told him that she was adopted and is actually the daughter of Lee Sang Woo, telling him that the balloons have hydrogen and that she needed an answer.

Hyun Tae told her that he had no idea about her father. But she knew what she was dealing with as she confronted him. Aa she asked him once again if he killed him. She was threatening him with popping the balloon if he didn’t answer her. She left him with the balloons on the verge of bursting.

The Final Moments & The Future

As Jae Hwan reached Hyun Tae’s office but Hyo Kung was gone. But he managed to find her on the terrace of a building. He told her that her Hanter Production lab is under raid now. She just told him that if any one of the five men would’ve told her the truth, she would’ve stopped. Holding Hyun Tae’s recording in her hand she asked him to promise her to catch the man who shot her brother and killed her father. And with that, she let herself fall to death from the terrace. Just at the moment, Joong Yeop and Eugene arrived, only to see Hyo Kyung falling to her death and finally having some peace in her life. The next day, Jae Hwan gave Hyo Kyung’s belongings to Joong Yeop as he sat there emotionless.

In the end, it was Seo Hyun Tae who killed Lee Sang Woo, not Chief Bae. As he confessed to Min Ki and later to Hyo Kyung that he choked Sang Woo to death. Jae Hwan and Gwang Soo went on to arrest Seo Hyun Tae. While Eugene and Joong Yeop returned to their countries. Eugene went on to give a small hint as a confession about her feelings to Joong Yeop. A year later, she finally wrote her book about the ‘Chimera’ case. Meanwhile, Jae Hwan lives with his mother, who has no recollection of her present memories. Seo Hyun Tae was released after a year as there was a lack of evidence. Escaping the court, he couldn’t escape Chimera.

As ‘Chimera’s goodbye letter and the explosive gift was waiting for him to finish reading his best wishes, we saw Hyung Guk keeping the last Chimera lighter in his desk drawer. The friend has finally taken revenge.