Will Chimera Be Able To Kill Seo Hyun Tae in ‘Chimera’ Episode 16? 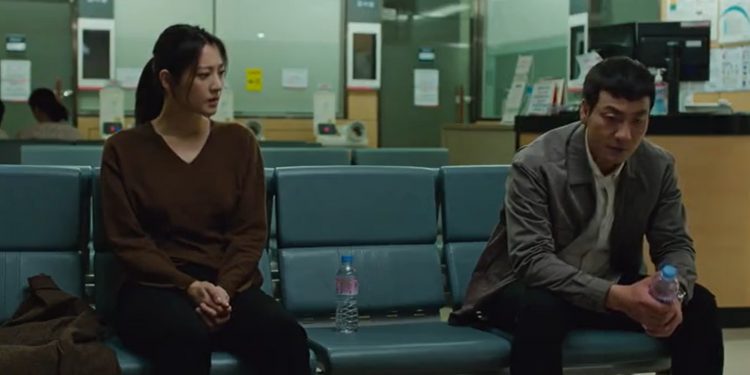 With episode 16 of the OCN k-drama ‘Chimera’ coming out this Sunday, the story will finally come to an end. With every episode, the show has reached a new viewership rating as they keep on dropping twist bombs in the show. Almost reaching the end, the identity of Chimera has been revealed to the viewers. While the police still keep searching for them. But on the other side, Joong Yeop got shot and is in the hospital. Although he is out of danger, his memory might not be in the right sense. But how did this happen?

While Jae Hwan was on his way to work when he got a call from a panicking Hyo Kyung. Getting to know Joong Yeop is at his house, she sped her car there. While as Joong Yeop woke up in the morning, he saw Jae Hwan wasn’t there. But his mother was all dressed up in a suit and was going to Hanmyung University. Confused as she left, he went into another room to see books spread out on the floor. Picking up one of the notebooks, he started reading them.

‘Chimera’ Recap: Joong Yeop Get To Know About The Real Chimera!

Reading about a woman who bought oxygen tanks, questions about Sang Woo being the criminal and his son’s visits. As he kept reading the diary, he got to know about Sang Woo’s death and the writer following the woman to her house and finding all the equipment Chimera used there. The woman jumped from the bridge, and the author of the diary brought her to the hospital. Looking at a picture, he got to know that Cha Eun Soo is Ryu Sung Hee, i.e., the real Chimera. Meanwhile, Lee Sang Woo is innocent. Getting straight out of the house, he kept crying, thinking about the things he had just read.

As Hyo Kyung saw him unable to breathe and ask what happened. He was so much in shock that he couldn’t speak a single word. As he calmed down, Hyo Kyung asked if something had happened. Looking at all the books spread out in the room, as she saw the picture and went on to read the diary, he stopped her. As he told her about Ryu Sung Hee, she asked why she would kill the researchers years ago. As she went on to take the proof with her and blow everything out, Joong Yeop told her to wait for a bit and tell Jae Hwan first.

How Did Jae Hwan Got Shot?

As Hyo Kyung called Jae Hwan to meet her outside, she was being followed by a few men on her way. She tried to call them out in public, hoping to give up. But it didn’t work. As soon as she reached Joong Yeop, all the men came together to catch Joong Yeop. Giving them a good run, Joong Yeop reached on the terrace parking. Surrounded by the goons, he tried to give a signal by banging the cars, which Jae Hwan and Hyo Kyung heard. Reaching there, they were successful in shooing the goons away. But as Joong Yeop was about to tell Jae Hwan something, someone ordered by Seo Hyun Tae shot him straight in the heart.

‘Chimera’ Episode 16 will release on December 19, 2021. As we know, Jae Hwan’s mother, Eun Soo, is the real Ryu Sung Hee. She went on to tell the police about her dementia and how Eun Soo will sleep soon, and Sung Hee would take over. After knowing that Sung Hee is the Chimera from 35 years ago. And Hyo Kyung is the Chimera from the current timeline taking revenge for her parent’s death. It’s finally time for Eugene to go back to the United States too. What the future holds for them, Jae Hwan, Eugene, Joong Yeop, and Hyo Kyung, and where will their fates take them?

Also Read: Bad Buddy Episode 8: What If I Say I Don’t Want To Stay Just Friends?

Where is Lupin Filmed? The French Series Production Locations