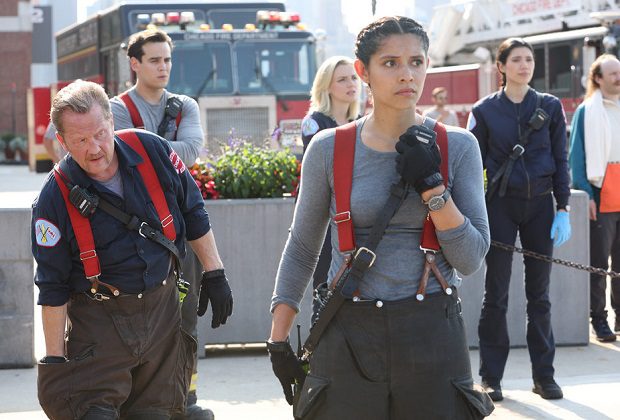 Chicago Fire season 10 has started recently on the screen and has delivered 2 episodes to date. Both these entries have made us fall in love with the plot a little deeper. It is created by Michael Brandt as well as Derek Haas along with Dick Wolf. This show serves as the first series in the Chicago Franchise of Wolf Entertainment. Chicago Fire is made for NBC and is set to portray the life of the characters working in various departments of the Chicago Fire Department at Firehouse 51, which is fictional. The show has already dropped some of the major twists till now and we couldn’t be more thankful.

Let us all sit down, and take a moment to revise everything that has happened previously with the plot. In the first episode which aired on the 22nd of September titled Mayday, we saw the scene opening up with Firehouse 51 once again. The characters were all about dealing with the capsized boat and rescuing the people. Although, the plot was more focused on the aftermath of this incident as we saw. On the other hand, it was Gallo as well as Ritter and Violet who were trying to discuss plans regarding a new side gig that they can possibly open and will be good at. 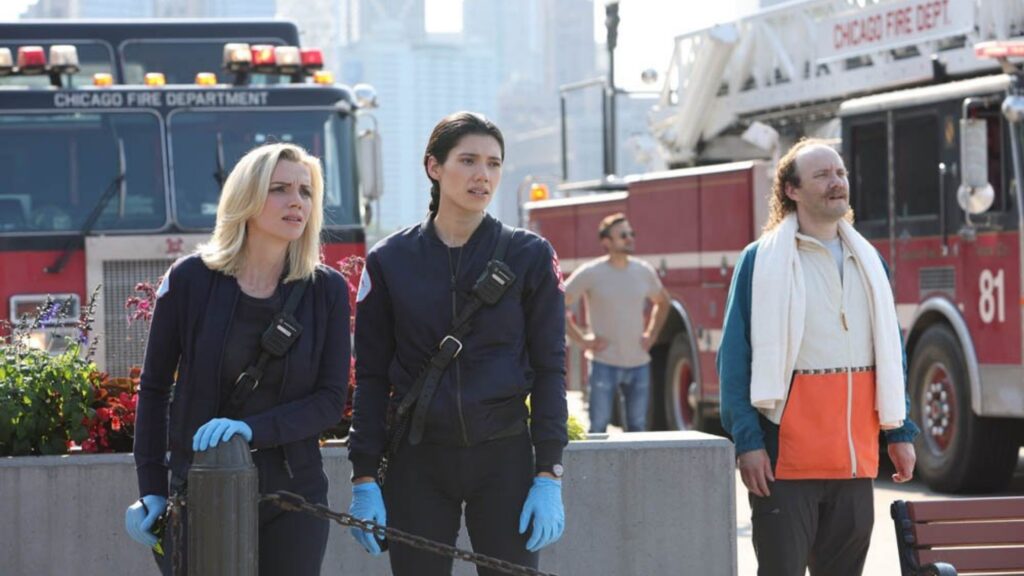 A still from Chicago Fire Season 10

We just blinked an eye and the second episode dropped on air. It was titled HeadCount and we saw Casey rescuing someone from the roof. A person recorded this video and now it is viral on social media platforms. Meanwhile, it was Mouch who sets up a Little Free Library at Firehouse 51 and this was truly one of the best moments in the previous episode. But soon enough, chaos was ready to slide in. We saw that Herrmann broke the entire protocol while carrying out his missions. Now, all you guys have to do is sit tight and let us describe the future of your favorite series.

Chicago Fire Season 10 Episode 3 is scheduled for a release on the 6th of October 2021. This episode is titled Counting Your Breaths. It is supposed to drop out at 9 PM as per the Eastern Time on NBC.

If you are a fan, you would obviously not want to miss the show and for being able to catch it, all you have to do is tune in to NBC at the date and time we mentioned. Another way is through the official NBC website or its application. But you will surely need valid cable login credentials in order to watch it through these options. YouTube TV deals with a lot of live TV shows as well as films and obviously has Chicago Fire listed in it as well.

All you have to do is buy a subscription to their platform. This way, a fan can have direct access to the online streaming rights to all the episodes of the series. There are some platforms such as DirecTV and Fubo TV. Now, let us talk about Video on Demand. This option enables a fan to rent, or even buy their favorite entries or entire installments at once. This way, you can make sure not to miss any future episodes. These platforms are Amazon Prime Video as well as Apple iTunes.

Well, this is a warning for all the fans who might feel uncomfortable while reading the potential hints to the next episode of the series. This episode is titled Counting Your Breaths and as suggested by it, will head towards the greater plot of this installment. There will be an obvious continuation from the previous episode of course but this time, we will see Griffin coming to know the truth about the death of his father. One thing will lead to another and he will know exactly why his father came to pay Casey a visit. As for the small business that Gallo and Ritter as well as Violet are trying to expand, it will take a huge leap forward with the fact that the trio is ready to invest their time and money into it.