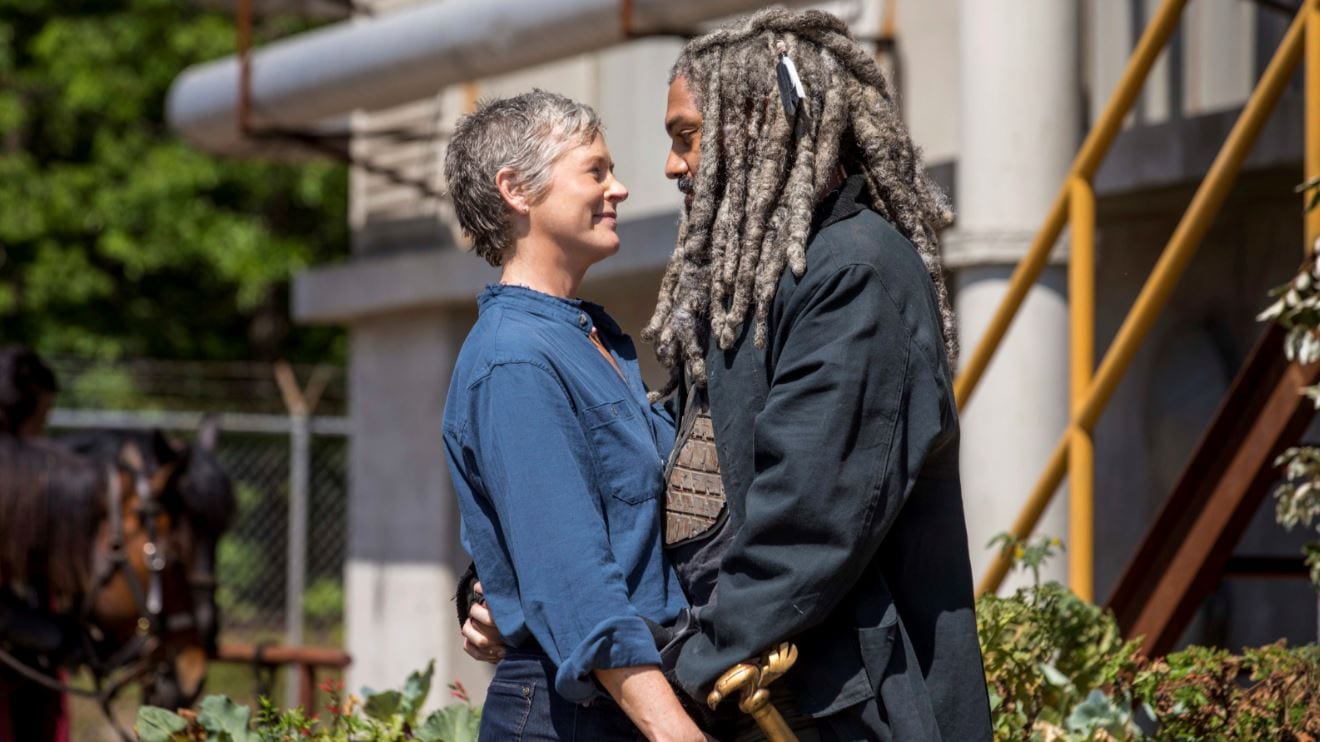 Carol and Ezekiel have everyone wondering if they will be getting back together. Furthermore, after getting to know about the former King’s health condition, fans are hoping they will rekindle. The former Monarchs, Carol and Ezekiel are two of the most loved characters from The Walking Dead. Carol and Ezekiel’s relationship came as a shock to all the fans who were rooting for Carol and Daryl. Moreover,  what is more, surprising is the fact that King Ezekiel seemed to be moving on with Michonne according to the season 10 preview.

Carol and Ezekiel are very important characters from the television show The Walking Dead. AMC adapted the comic book ” The Walking Dead” written by Robert Kirkman, Tonny Moore, and Charlie Adlard into a show that first premiered in 2010. Going forward, The Walking Dead has become one of the most popular shows in television history. Furthermore, this popular series takes place in a world that has suffered a zombie apocalypse. It revolves around the survivors of the zombie apocalypse which face constant danger from the ”walkers”. The ” walkers” is a name given to the zombies. Moreover, it isn’t just the zombies that the survivors have to face. After the apocalypse, the people have formed groups. These various groups or clans have different lifestyles and morals which often leads to gruesome battles. Under these circumstances, will Ezekiel and Carol find love in each other? Keep reading to find out.

Carol And Ezekiel: More About Them

Let us take a look back at Carol and Ezekiel’s journey.

She is one of the main characters of The Walking Dead. Before the entire world went into a frenzy because of a zombie apocalypse, Carol was a housewife. When the zombie apocalypse wrecked everything, Carol, her abusive husband, and their daughter Sophia fled to Atlanta. Unfortunately, Carol was the only one from the family to survive. Moreover, she made a really good bond with another survivor, Daryl Dixon. To this day, when The Walking Dead has ten seasons, Carol and Daryl’s friendship is the most loved among fans.

Left with just herself to rely on after losing her family, Carol learns to become strong and skilled with weapons and medicines. She goes on to become a respected leader and was even one of the leaders of the Coalition. 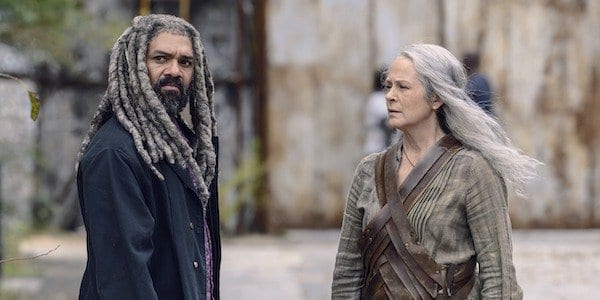 Over the past seasons of The Walking Dead, Carol has had only two relationships. One of them being a short-lived romance with a companion called Alexandrian Tobin. Her most talked-about relationship is the one that she had with King Ezekiel. Carol and Ezekiel were together for six years and raised an adopted son named Henry. After marrying Ezekiel, she became the Queen of the Kingdom. Their relationship went down the hill when their son Henry was killed by the Whisperers. Carol broke off her marriage with Ezekiel and goes back to Alexandria.

Ezekiel is one of the key characters of this popular television series. Furthermore, Ezekiel used to work as a zookeeper. Apart from being a zookeeper, Ezekiel used to perform in theatres. Moving to the post-apocalypse, Ezikiel has now become the leader of a group of survivors named Kingdom. He goes by the title of King Ezekiel and even used Shakepierian speech to fit his persona. Furthermore, King Ezekiel has a pet tiger named Shiva, which he saved while working as a zookeeper in DC before the apocalypse. 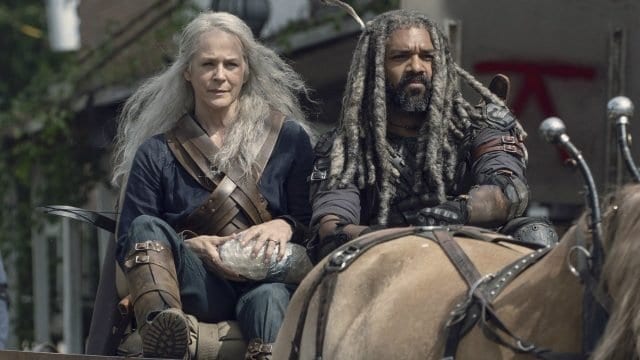 Will Ezekiel And Carol Get Back Together?

Ezekiel and Carol will not be getting back together any time soon or any time in general. Carol very clearly stated in Season 10 that she has no intention of getting back together with the King. Although the premiere did mislead fans with a scene that looked like Carol and Ezekiel are getting close. King Ezekiel is headed towards a fall as he even tried to suicide but was saved by Michonne. In Season 10, Ezekiel reveals to Carol that he has thyroid cancer. The screenwriter has said that Carol and Ezekiel will have a lot of interesting stories coming up which could only be possible because of the breakup. Fans are excited to see what the new season has in store for Carol and Ezekiel. The Walking Dead is available to watch on Netflix.

Also Read: Is The Walking Dead TV Series Over?