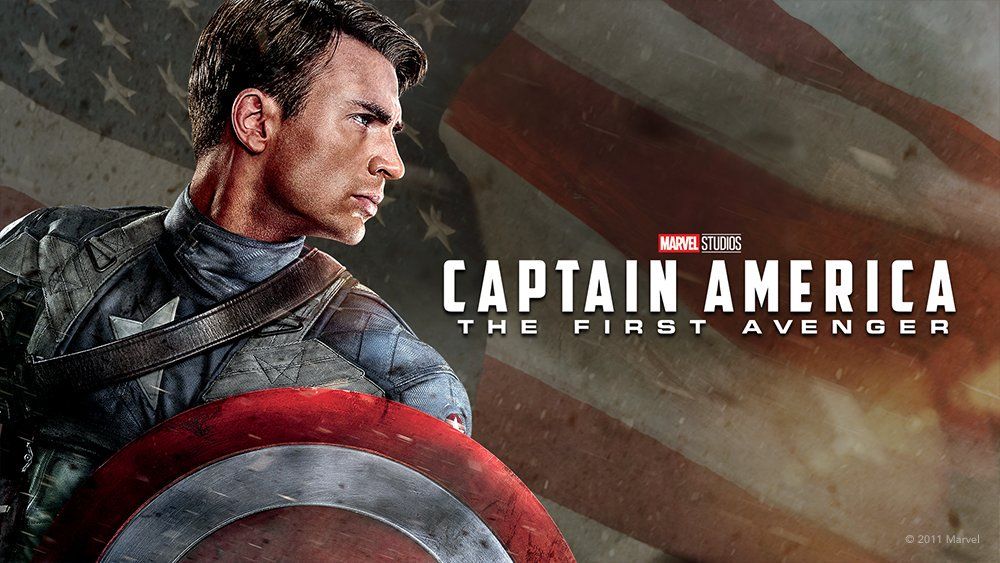 Captain America: The First Avenger is the fifth installment in phase 1 of the Marvel Cinematic Universe. The superhero movie came out in 2011 and marked the entry of Captain America until the MCU. The film is one of the early Marvel features of superhero films based on their comic book counterparts. This was before Disney bought Marvel, so it was distributed by Paramount Pictures. The film was directed by Joe Johnston and written by the duo of Christopher Markus and Stephen Mcfeely. Chris Evans dons the character of the titular superhero in what is his second marvel character portrayal. Before becoming MCU’s Captain America, Chris had played Johnny Storm, aka Human Torch, in Fantastic Four duology. The film was a part of the early Marvel origin stories for its first phase of the “OG” superheroes.

It also stars Tommy Lee Jones, Hugo Weaving, Hayley Atwell, Sebastian Stan, Dominic Cooper, Neal McDonough, Derek Luke, and Stanley Tucci. The film tells the origin story of Captain America. We follow him transforming from a frail but incredibly willed young man to a hunk of a super-soldier. The film’s antagonist is the comic book arch-nemesis of Captain America, the Red Skull (Hugo Weaving). During World War II, Steve Rogers undergoes an experiment to enhance human ability. Out of the experimental contraption comes the transformed super-soldier Captain America. Meanwhile, Johann Schmidt (later Red Skull) aspires to world domination by harnessing the power of the Tesseract. Captain America must now put an end to his world domination scheme and stop him from using the magical source. 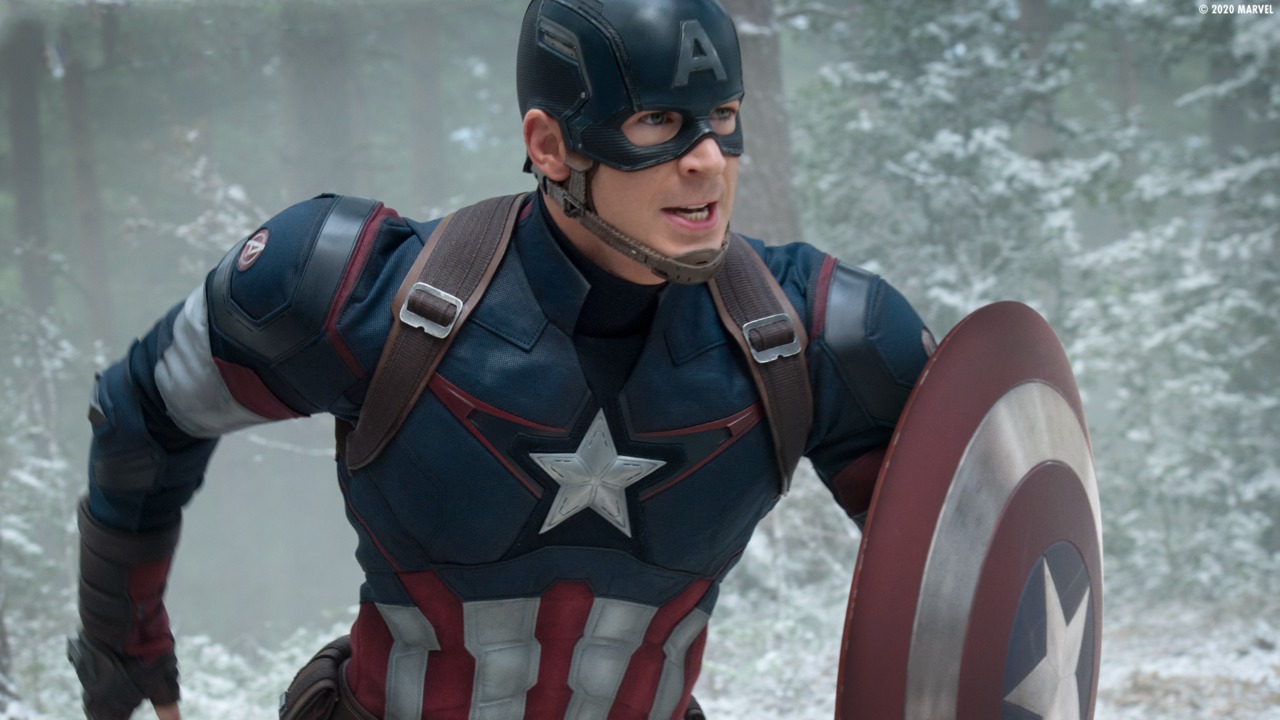 The film starts with a group of scientists in the present day discovering a frozen aircraft in the Arctic. Then we jump to 1942 Nazi Germany, where we get our first look at the antagonist Johanne Schmidt aka the Red Skull. Schmidt is a lieutenant general and head of advanced weaponry for Hitler’s regime. We see him and his men steal a mysterious artifact called the Tesseract from Tønsberg in German-occupied Norway. The relic is said to possess unparalleled powers. Cut to 1943, in New York City; we meet a frail and scrawny Steve Rogers. He’s aiming to get enlisted in the US military for World War II. However, due to his physically limiting stature, he’s down on luck and gets rejected for the recruitment. Later, he visits an exhibition of future technologies with his best friend, Sgt. James “Bucky” Barnes.

Roger has a conversation with Bucky about his attempts to enlist in the military when Dr. Erskine overhears them. After noting Roger’s resolve and will to represent America in the war, Dr. Erskine allows him to enlist. Steve is recruited into the Strategic Scientific Reserve. He is a part of the “super-soldier” experiment supervised by Erskine, Colonel Phillips, and British agent Peggy Carter. At first, Phillips is not convinced of Erskine’s decision to let Rogers enlist for the project. And rightly so, the scrawny and weak build of Steve doesn’t exactly inspire confidence in his resilience. Although, what he doesn’t know is that he’s the only one with the will and resolve to go through with the experiment. Col. Phillips eventually sees his righteousness and tremendous willpower when he jumps over a grenade to save his comrades.

The Experiment and the Red Skull

Meanwhile, in Nazi Germany, Schmidt, and the scientist Dr. Arnim Zola are harnessing the powers of the Tesseract. Schmidt’s ambition with harnessing the Tesseract’s powers is to make unparalleled weapons. These weapons will let him win the ongoing war and eventually dominate the whole world. He has found out Erskine’s whereabouts and sends men to assassinate him. On the other side, Erskine has started the super-soldier experiment. Steve goes inside a metallic chamber of sorts and is subjected to “vita-rays” by Erskine. Rogers perseveres inside the chamber, and even after scientists recommending stopping vita-rays bombardment, he remains resilient. After the completion of the experiment, he comes out with a transformed, bulked-up body. However, following this success, the undercover Nazi agents of Schmidt kill Erskine. They also manage to steal some super-soldier serum.

Steve and his buddy Bucky Barnes.

Rogers chases Kruger, the undercover agent, but is unable to get anything out of him. Kruger commits suicide with cyanide inside one of his teeth. With Kruger dead and Erskine’s formula lost, the US military has only one super-soldier in their arsenal now. Later, U.S. Senator Brandt gets Rogers to go on a nation-wide tour to promote war bonds. Steve participates in the colorful presentations on tour at first, by gradually grow out of it. He realizes he’s not meant to do this but to be on the frontlines. While the scientists are trying to reverse-engineer the super-soldier, Steve learns of his friend Bucky and his men missing. Steve decides to go and look for them with the help of Peggy and Howard Stark. He infiltrates Schmidt’s division Hydra, frees Barnes and others, and finally confronts Schmidt.

End of the Red Skull and Back to the Future

Schmidt confronts Steve and removes his mask to reveal the red-skull-like face, giving Schmidt his name as “the Red Skull.” After the confrontation, Schmidt can escape while Steve flees with the freed-prisoners. Steve then enlists Bucky and a group of other men to attack other bases of Hydra. Meanwhile, Howard Stark has some advanced upgrades for Captain America. The best and most important upgrade is that of a shield made out of a rare, incredibly strong metal called Vibranium. Over the following years, the relationship between Steve and Peggy blossoms. He and his soldier compatriots have also managed to destroy multiple Hydra bases. In 1945, they attacked a train carrying Dr. Arnim Zola. They manage to capture him, but Barnes falls from the train to his death.

Rogers then located the Hydra base and tried to stop Schmidt from using the weapons of Mass Destruction. As the Red Skull flees in his aircraft, Rogers chases the aircraft and gets in before it starts taking a lift. Schmidt and Steve fight inside the aircraft, resulting in the Tesseract container getting damaged. Schmidt then tries to handle the Tesseract alone and gets instantly sucked into a portal crafted by the Tesseract. The Tesseract burns and drops off from the aircraft into the ocean. Rogers communicates with Peggy one last time before crashing the aircraft into the Arctic. We then see Rogers waking up in a hospital room. Even though it looks unsuspicious at first, Rogers and we realize that it’s a make-shift construction. He runs outside and finds himself in the future, where Nick Fury informs him of his 70 years of sleep under the ice.

Captain America: The First Avenger is a solid early entry of the Marvel Cinematic Universe. It sets up Captain America and tells his origin story ahead of the 2014 never-seen-before superhero crossover The Avengers. But it’s more than just a setup, a mere prequel for the eventual crossover event. And that’s what makes it good as a standalone among the heavily connected roster of MCU movies. The 1940 setting of the movie is accurately and expertly crafted. The tone of the film is much different than its predecessor Iron Man films. Considering the eventual conflict between Tony and Steve’s standpoints, it makes sense that this one feels different from Iron Man. Steve’s trademark qualities and values are very interesting to watch now that we’ve seen them panned out and remain the same over the years. Another marvelous achievement of the movie is its superfluous use of CGI. 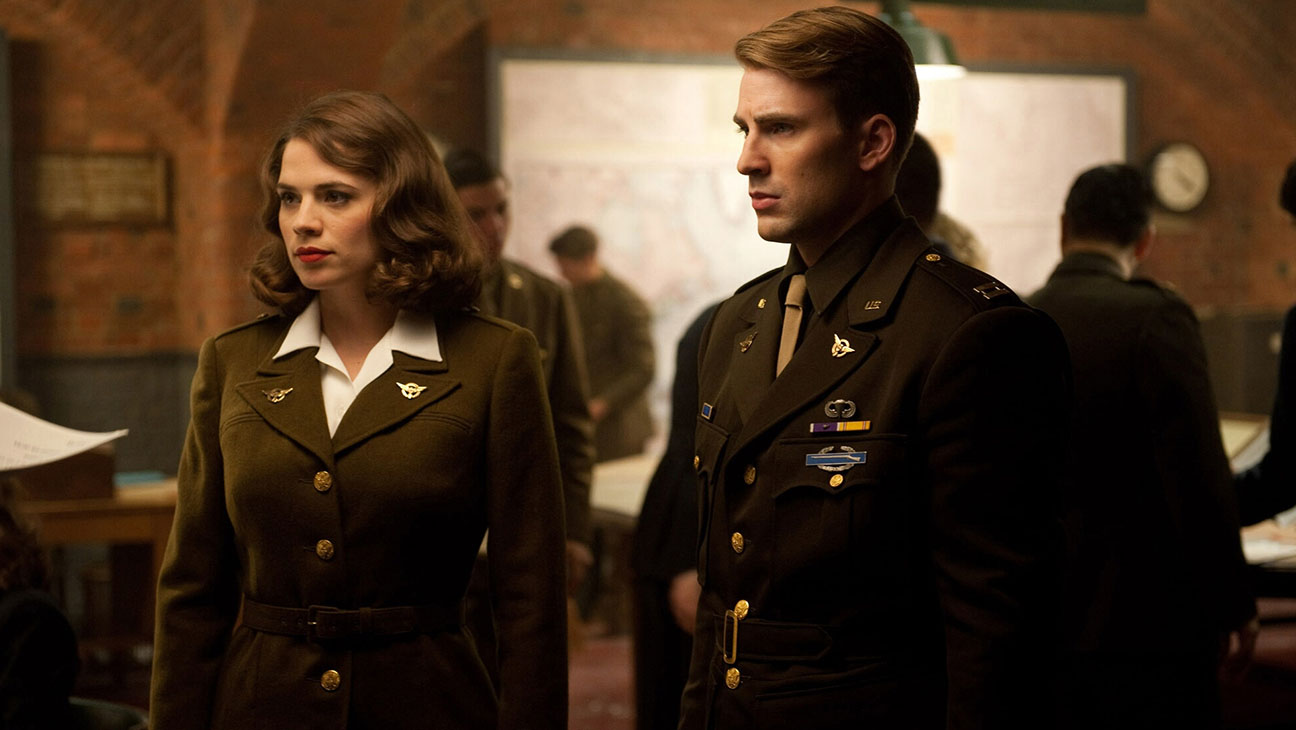 Chris Evans has said in interviews about his reluctance to take on this role and rejecting it about 3 times. He eventually said yes and signed a 6 movie contract. And fans must thank their stars he did. Over the course of so many movies and multiple phases, Chris has, much like Robert Downey Jr., become synonymous with the character. He exudes the sense of righteousness and leadership quality we’ve all come to love him for. Whether it’s the scrawny Brooklyn guy or the one fighting hordes of Nazi soldiers, we understand that he’s Captain America irrespective of him carrying the mantle or not. The film delivers on the origins of the superhero and presents a believable 1940s setting with great production and CGI.

I rate Captain America: The First Avenger a 4/5.

You can stream Captain America: The First Avenger on Disney+.