Can Tammy Manage Her Binge-Eating on 1000-Lb Sisters Season 3 Episode 6? 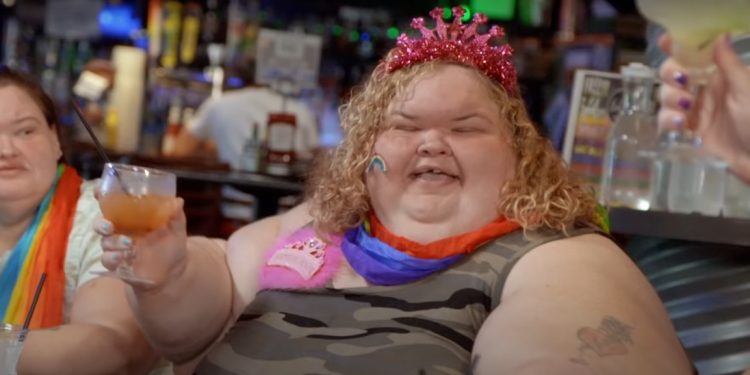 The heavyweight-centered 1000-Lb Sisters Season 3 Episode 6 continues depicting the excesses of morbidly obese America. In the past episode, Tammy fails once more to meet her weight goals. We get to see her struggle with her food addiction and how she can’t fathom taking responsibility for her actions. And moreover, we get to see the impact that her bad choices have on the people that care for her the most.

1000-Lb Sisters chronicles the lives of two morbidly obese women in the United States as they go through the process of losing weight. One manages to actually lose the weight and even manages to have a child despite getting bariatric surgery. And the other one dramatically struggles with what can only be described as an addiction to food. The show is a constant object of criticism for depicting these women as circus freaks rather than having the production crew providing them assistance. But hey, that’s just how Reality Television works in America. Now, let’s begin covering 1000-Lb Sisters here at Otakukart.

1000-Lb Sisters Season 3 Episode 6 will release on December 20, 2021, on TLC at 23:00, Eastern Time, United States. Firstly, each episode lasts about 45 minutes run time. Secondly, this episode’s title is Man v. Scale. Thirdly, this is the next-to-last episode of 2021, with the last episode of the year scheduled to air on December 29. Lastly, every new episode drops consistently on Tuesdays.

If you want to watch 1000-Lb Sisters Season 3 Episode 6, just tune in to TLC at the airtime. Also, you can navigate to the TLC website and their app. Additionally, this show is also available on Discovery+, the Discovery Networks streaming platform that aims to compete with other big players in the market by bundling all of its content from sister networks in one place. Lastly, this show is available on Fubo TV, Amazon Prime Video, iTunes, Google Play, and Vudu.

Let’s begin this heavy episode, Amy hires a couple to help her Marie-Kondo the house. But things come to a stop when the assistants find all sorts of insects and vermins all over the place. The complaints were so nasty that the helpers thought someone had died inside that place. You see, Amy has the hoarder gene, and she doesn’t want Gage to learn those nasty habits. We can really tell that Amy tries to work on her good health habits to make herself a better mom.

Let’s move on to Tammy, her recent doctor visit wasn’t good news for her. Why? Because she gained weight. That puts her farther from the operating room. She confided to the doctor that she cheats on her diet. And later on, she lied to Chris that Amy brings her junk food. With that kind of pressure, Tammy constantly calls her sister and demands she gets her the hamburgers and food she desires.

One of the main problems with obesity is that it rewires brain circuitry and the hormonal system and gratification centers. In the case of Tammy, her dietary restrictions cause her brain to experience hormonal withdrawal. And with it comes attitude changes. It is obvious that Tammy requires professional psychological help to aid her in coping with these issues.

Tammy wishes better for her, but without an attitude adjustment, she won’t get the results she wants. Firstly, she tried dating at a fat girl’s website, getting a match, and trying to meet the man. Still, her family was reluctant because they think that she should focus on her health first. Tammy doesn’t work out, doesn’t watch out what she eats, and doesn’t understand the kinds of damages she’s doing to her body.

She needs supplementary oxygen to breathe because her chest bones can’t mobilize the air through her lungs due to her massive weight. All of her health issues are traceable to her weight: Her bad back, her knees, and her incapacity to find a partner. With this, we wrap up this topic here at Otakukart. Thanks for reading our scoop, and please keep coming back for more daily updates on all your favorite shows and series.

Where Is Pieces Of A Woman Filmed? Locations & Plot

Vice Season 8 Episode 14: We Travel To El Salvador & Take at Look at The Chinese Government