John and Kayce will go one step closer to identifying the adversary who ordered the assaults on them. 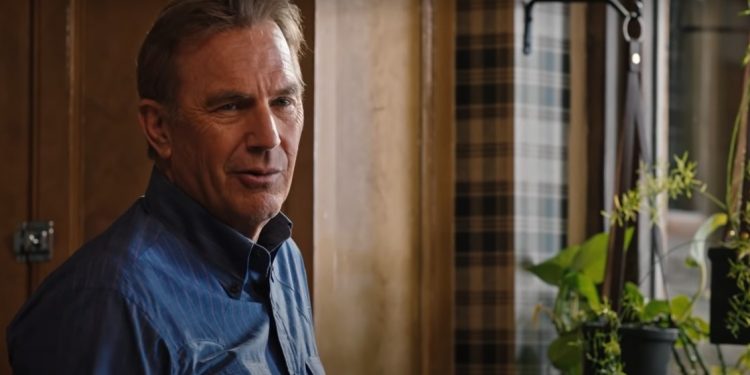 We’ll experience a loaded chapter with exciting new encounters on Yellowstone Season 4 Episode 7. The Duttons’ thirst for revenge on their assailants continues, though. So far, we know that Jamie’s biological father, Garrett Randall, attacked the Duttons in Season six Episode six. Garrett’s motives for committing the act seem to be egocentric. Meanwhile, John feels obligated to step in and resolve the bunkhouse problem. Laramie and Teeter’s chances at the Yellowstone Ranch are now in jeopardy as a result of his action.

Kayce and John will go a step closer to figuring out who ordered the attacks on them. They may question Jamie about what he learned from Riggins during their chat. Any attempt by Jamie to hide Garrett’s involvement will swing the balances in his favor, which will not end well. Teeter and Laramie’s future, which looks to be far from the ranch, for the time being, is likely to be revealed soon.

Yellowstone Season 4 Episode 7 will release on December 12, 2021, on Paramount Network at 8:00 PM, Eastern Time of the United States. Firstly, this season has a total of ten episodes, which last about 45 minutes runtime. Secondly, every new episode drops on Sundays. Lastly, Paramount may drop at least one more episode in December 2021. So you can expect at least one more dose of your favorite cowboy drama during the Christmas season.

Where to Watch Yellowstone?

By tuning in to the Paramount Network on the above-mentioned day and hour, cable users will be able to see ‘Yellowstone’ Season 4 Episode 7 on the above-mentioned date and time. If you can’t see the seventh episode on TV, you may find it online by signing onto Paramount’s official website or the Paramount Network app using your cable subscription credentials.

Cord cutters may watch the new episode on Sling TV, Spectrum, Xfinity, Fubo TV, DirecTV, YouTube TV, Philo TV, and Hulu+Live TV, among other live TV streaming options. The most current episodes of the show may also be purchased on Vudu, Google Play, Amazon Prime Video, iTunes, the Microsoft Store, and YouTube, among other VOD sites. Finally, in the next weeks, Season 4 episodes will be accessible on Peacock TV.

“I Want to Be Him” seems to be the second half of a two-hour show, tying up some of the loose ends from last week. Of course, Jamie’s delayed rendezvous with his biological dad, who freely confesses to plotting the murder of Jamie’s family, is the most critical event. Garrett Randall is shown as a total sociopath, a manipulator, and no better father than John in this situation.

I’m not sure Jamie would be won over to Garrett’s cause after only a few minutes of gibberish, especially when Garrett expresses his intention to continue trying to kill the Duttons until he succeeds. He’s devised a wonderful scheme to turn Jamie against Kayce, the one family member who still loves and respects him.

But why was it cut off so quickly since the last time we saw them interact was one of the show’s loveliest sequences? What about the rest of Kayce’s family, including his wife and children, who were also targeted by the militia? What’s the best way to describe that? We’ve seen, on the other hand, how easily Jamie can be influenced. He’s surrendering to the influence of another violent parent without even realizing it, as much as he claims everything he’s doing now is for himself.

What happened to Jamie’s ex?

Jamie’s ex and their child, on the other hand, are nowhere to be seen this week, which is strange given their prior reunion. Jamie’s lone unique situation is one we’ve seen a million times before: Beth appears out of nowhere to brag about whatever big power-play she’s made (this time, her new job at Market Equities) and promise to kill Jamie in some innovative way. It’s past boring at this point. Beth isn’t at her best in this episode; when she snipes at Summer over breakfast, she comes off as an immature child. Especially because she was the one who insisted on John having sex in the first place.

What’s the big challenge for Dutton’s structure of power here?

The script portrays her as arrogant and ignorant, criticizing the Duttons’ way of life despite her lack of ranching experience. So we have all these scenes where John surprises her with his depth and compassion while she pouts, plainly upset by anything that challenges her ideas. How does this new story provide a challenge to John? Is it necessary to construct a female liberal activist character just to point out her flaws?

After moving into a new home with Monica and Tate, Kayce spends the most of the episode in marital life. The most important cause of tension in this episode is a little benign envy when Kayce runs into Avery, the Yellowstone’s first woman ranch worker from season two. The bunkhouse is presently the principal source of tension, with much of the story drama on pause. This program has an odd and possibly exciting structure. Lloyd’s petty animosity of Walker has completely outgrown him. He snaps again, destroying his instrument, before grabbing a sharp knife and stabbing him in the chest.

Like if Walker’s unjustified attack wasn’t bad enough, John’s last solution, carried out by Rip, is to force them to fight it out once and for all. And fight they do — for hours at a time. At the conclusion, Walker has yielded to brief spurts of counterattack, but Lloyd continues to hunt him down. I’m not sure how one of them, especially the guy who was just sewed up, lives with no serious damage.

We usually accept any acknowledgment of John’s shortcomings, even if it comes from a dishonest like Garrett Randall. As a result, we’d want to see some of his missteps have meaningful, long-term consequences. He’s too arrogant to give up freely, rather than being temporarily incapacitated or fearful of losing his job. However, it is, without a doubt, the show’s heart. And it’s without a doubt John’s most important drive of the season. However, it would be wonderful to see some genuine, palpable action in the next episodes.