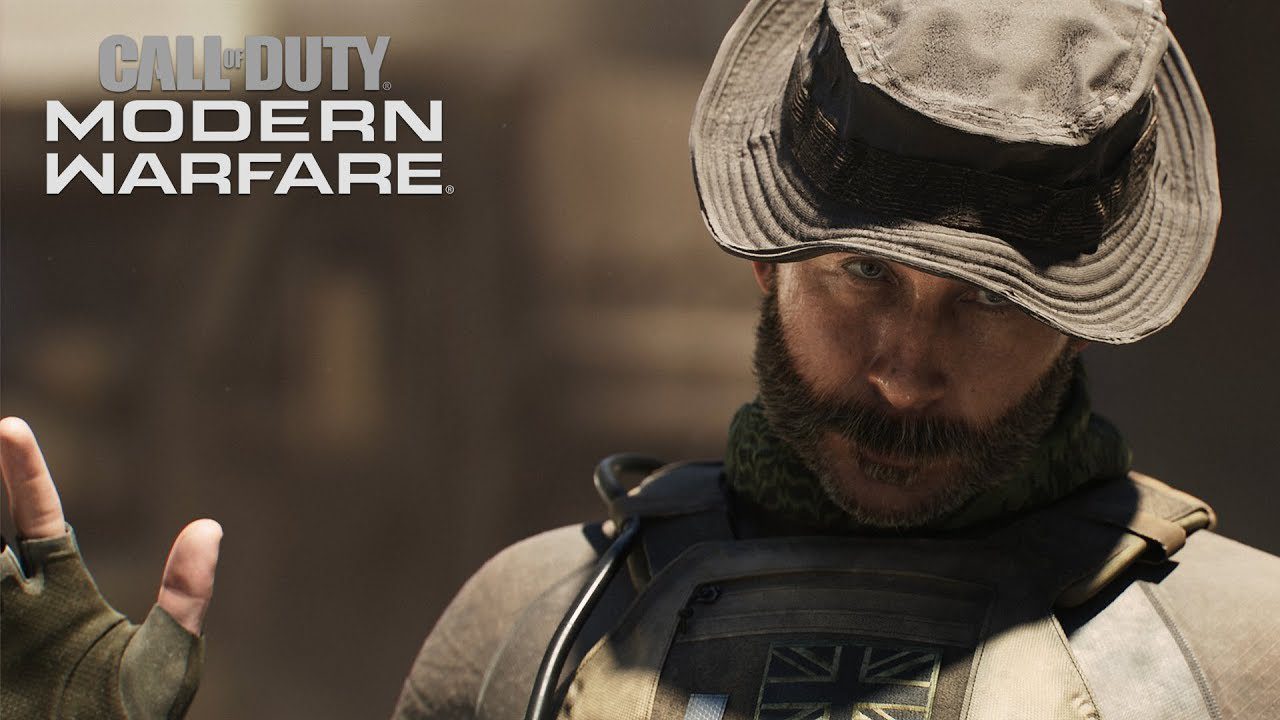 Call of Duty has always been part of our gaming culture, and one such game is 2019’s Call of Duty: Modern Warfare. In this article, we will be looking in detail at Call of Duty Modern Warfare Ending Explained and solve all of your doubts on this sixteenth installment of the Call of Duty. 2019’s Modern Warfare comes as a reboot of the Modern Warfare sub-series. As the name suggests, the Modern Warfare takes place in a realistic and modern setting, where we see CIA officers and British SAS forces teaming up with the rebels from the fictional country of Urzikstan to combat together against the Russian forces who have invaded the country and also against the terrorist group Al-Qatala.

The game also has a Special Ops mode where the players can cooperate with other players to play missions that follow on from the campaign; the best part of Modern Warfare is that it supports cross-platform multiplayer and cross-platform progression. In the Call of Duty Modern Warfare Ending Explained, we will see the details analysis of this game. Still, before we move on, we would like to warn you that there will be huge spoilers for the game. If you still haven’t completed the game, it is best suggested to take this warning again that this article contains a spoiler for Call of Duty Modern Warfare and may spoil the experience for you. 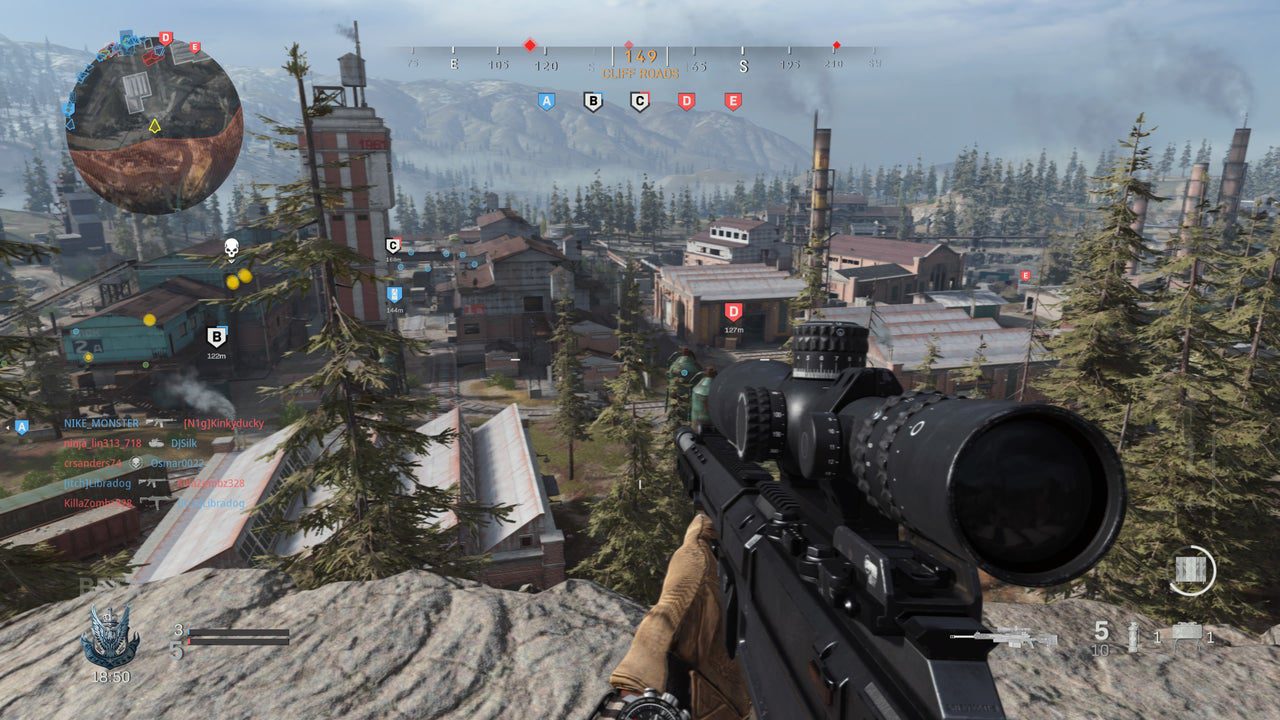 The plot of Call of Duty Modern Warfare

The game’s story is set in 2019, where we see a covert operation taking place in Verdansk, Kastovia, where the shipments of dangerous chemical gas headed for Urzikstan. The CIA SAC/SOG Officer Alex gets intercepted by unknown hostiles who kill the Marine Raiders and escape with the gas. Alex’s handler, Station Chief Kate Laswell, requests assistance.

SAS Captain John Price steps forward in recovering the chemicals and de-escalating the situation with Russia. Twenty-four hours later, we see a group of suicide bombers from the terrorist organization Al-Qatala, attack Piccadilly Circus in London. SAS Sergeant Kyle Garrick is assigned to contain the situation with the assistance of Captain John Price and local police forces. 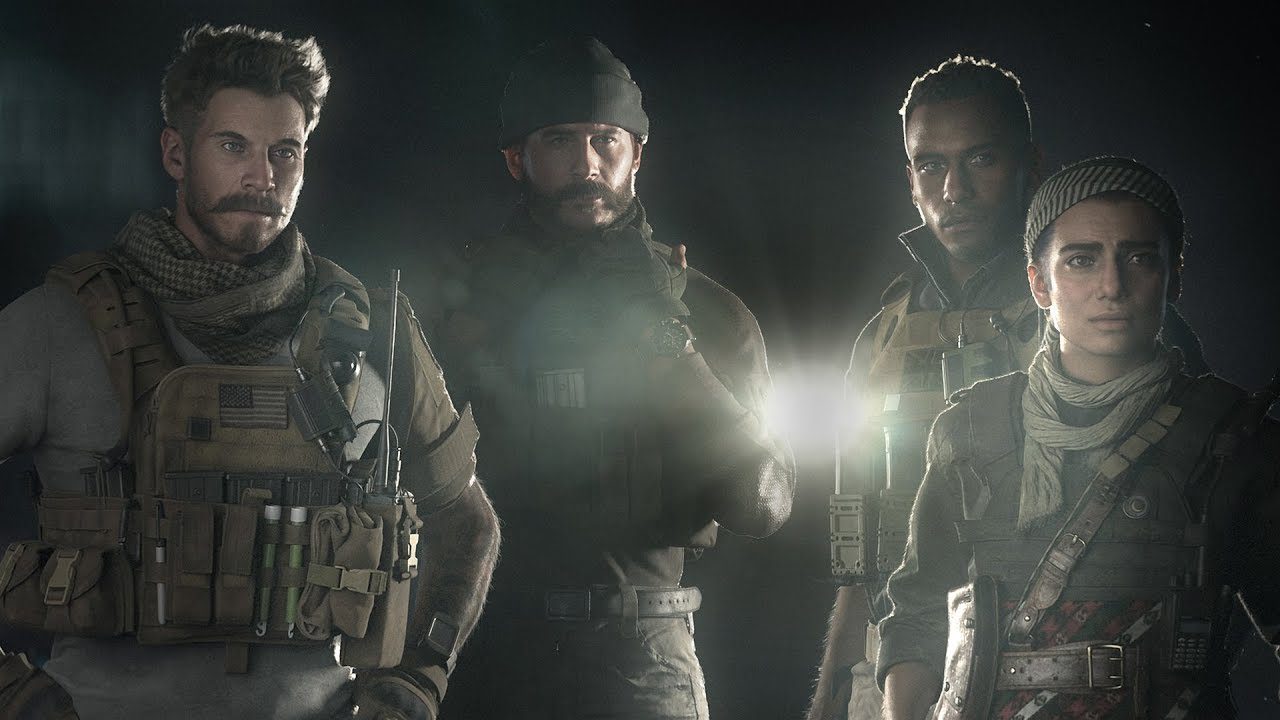 Meanwhile, Alex is sent to Urzikstan to meet the rebel leader Farah Karim which makes him agree to join forces in tracking down the chemicals to aid in overthrowing Russian forces led by General Roman Barkov. Afterward, SAS forces led by Price and Garrick raid a townhouse in London, which was an Al-Qatala-occupied, and learn about their leader’s location. Omar The Wolf Sulaman. Alex, Sergeant Marcus Griggs, and his squad of Marines follow this location and reaches Ramaza Hospital in Urzikstan, where they capture the Wolf.

Since their leader was arrested, The Wolf’s right-hand man, Jamal “The Butcher” Rahar, launches an attack towards the United States Embassy in Urzikstan to free the Wolf. While Price, Garrick, Alex, Farah works with the embassy’s defense forces to defend against the attack, they ultimately fail. At the same time, Barkov’s men attack both the rebel forces and Al-Qatala militants.

Later it was revealed that Farah’s brother and second in command, Hadir, was the one who stole the chemical shipment. Hadir then proceeds to set off the chemicals in the area, thus killing all of Barkov’s men and Al-Qatala forces. Farah and Alex were able to narrowly escape the death. We then see why Hadir had animosity with Barkov. In 1999, the siblings were left orphaned when Barkov invaded their nation. While they two attempted to escape the country, they were captured by Barkov and imprisoned for the next ten years. While in captivity, Farah rose to the rank of Commander of the rebel forces and planned a breakout from Barkov’s prison camp with the help of a young Price.

Back in the present day, we could see that Hadir seemingly joined forces with Al-Qatala. Farah and Price’s team decides to act against this and infiltrate Wolf’s hidden base and manage to kill him. But was unable to locate Hadir. Meanwhile, the United States Government declares Farah’s liberation army as a foreign terrorist threat. Disagreed with the government, Alex decides to stay in Urzikstan and fight as Farah’s army. 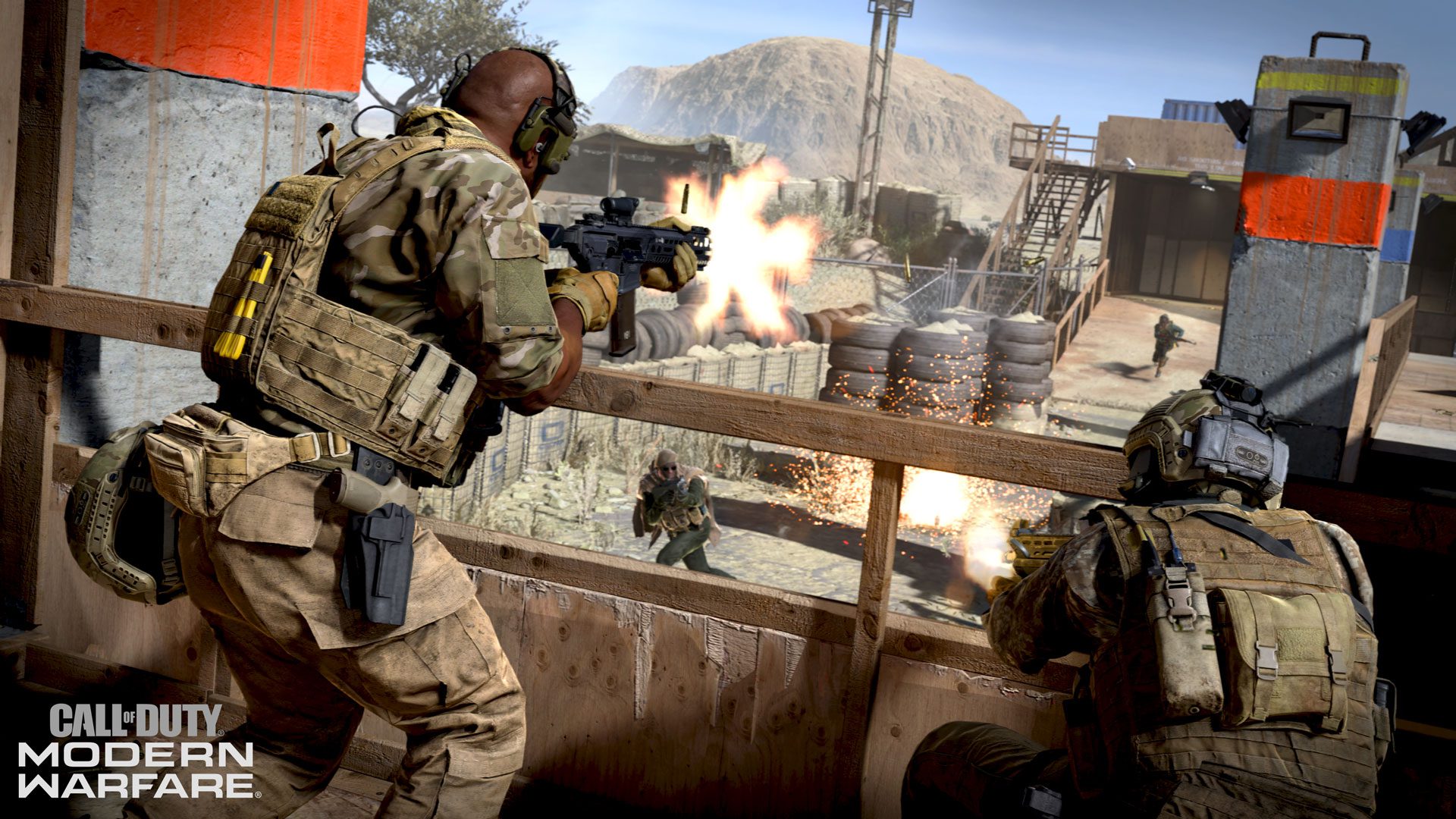 Based on the intel on a possible attack in Russia planned by Hadir, Price, and Garrick heads to St. Petersburg and meets up with one of Price’s old contacts, Nikolai. Together, they manage to intercept an Al-Qatala meeting and arrest the Butcher. But the Butcher refuses to give in to interrogation, hence Price decides to use his wife and son, forcing him to comply.
Garrick is given a choice to either execute the Butcher or let him live. Later they learn that Hadir plans to attack Barkov at his estate in Baurci, Moldova, and intercept him. At the estate, the two learn about the location of Barkov’s gas factory in Borjomi, Georgia, and narrowly escapes. However, Laswell informs the Price that Russia demands Hadir be handed over to them. Price reluctantly complies on the condition that they keep the intel on the gas factory.
Price and Garrick meet up with Farah and Alex at Urzikstan then plan to attack the factory with assistance from Laswell as the team advances on the factory and decides to use explosives by Nikolai to demolish the facility. But when it was discovered that the detonator was damaged in the fight, Alex volunteered to set up the explosives manually and was ready to sacrifice his own life. 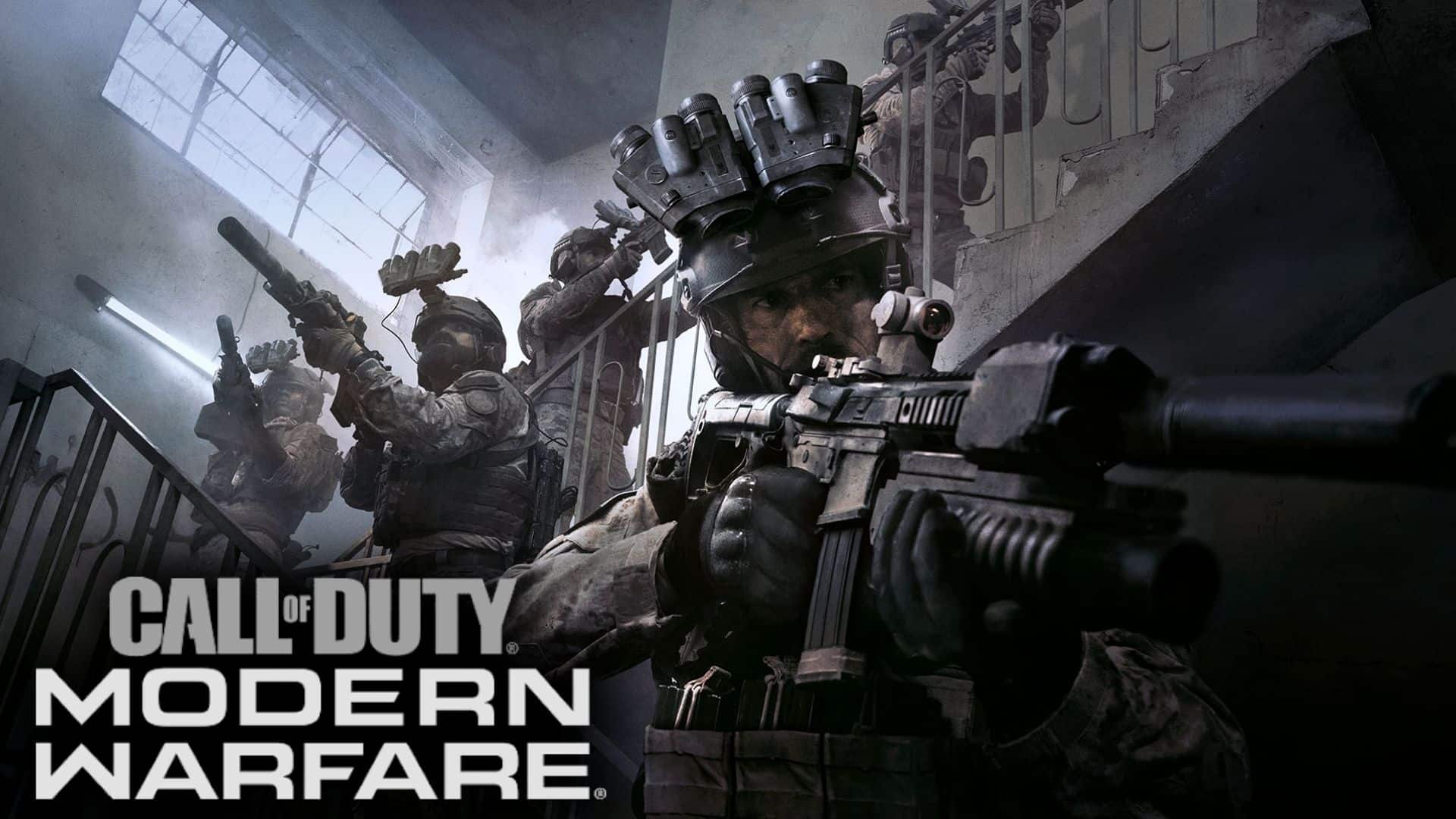 When Barkov attempts to escape the facility by helicopter, Farah gets before him and kills him. Later Farah’s forces and Price’s team evacuate from there, and the factory is destroyed. Since Barkov is dead and disowned by Russia, Price meets with Laswell to discuss the creation of Task Force 141 to prepare against the Russian terrorist Victor Zakhaev. The game concludes as Price goes through the recruits.

So what does the Call of Duty: Modern Warfare ending and post-credits mean? Since this is a reboot of the subseries, what will be the story for the next game in the franchise. These all will be the questions that may pop up in the minds of many. We answer all of them without Call of Duty Modern Warfare Ending Explained.

Since the game is a franchise reboot, we can expect it to have some hints to the upcoming franchise. As for the ending of Call of Duty Moder Warfare, it is very simple as we see. Farah takes her revenge by killing Russian General Roman Barkov. As for Alex, our CIA sacrifices his life as part of the destruction of the nerve gas. But the interesting thing to notice comes after the credits roll, and you will see two post-credits scenes.

The first hints at Modern Warfare 2, while the second introduces Spec-Ops. In the first credits, we see the team’s CIA handler, Kate Laswell, sitting down with Captain Price to discuss an upcoming situation regarding General Shepherd. Price then pulls three dossiers out of a package. It reveals who is in his mind for the mission. The first is for Sgt. Kyle Garrick, a key character from the original series, is John “Soap” MacTavish, another familiar face. 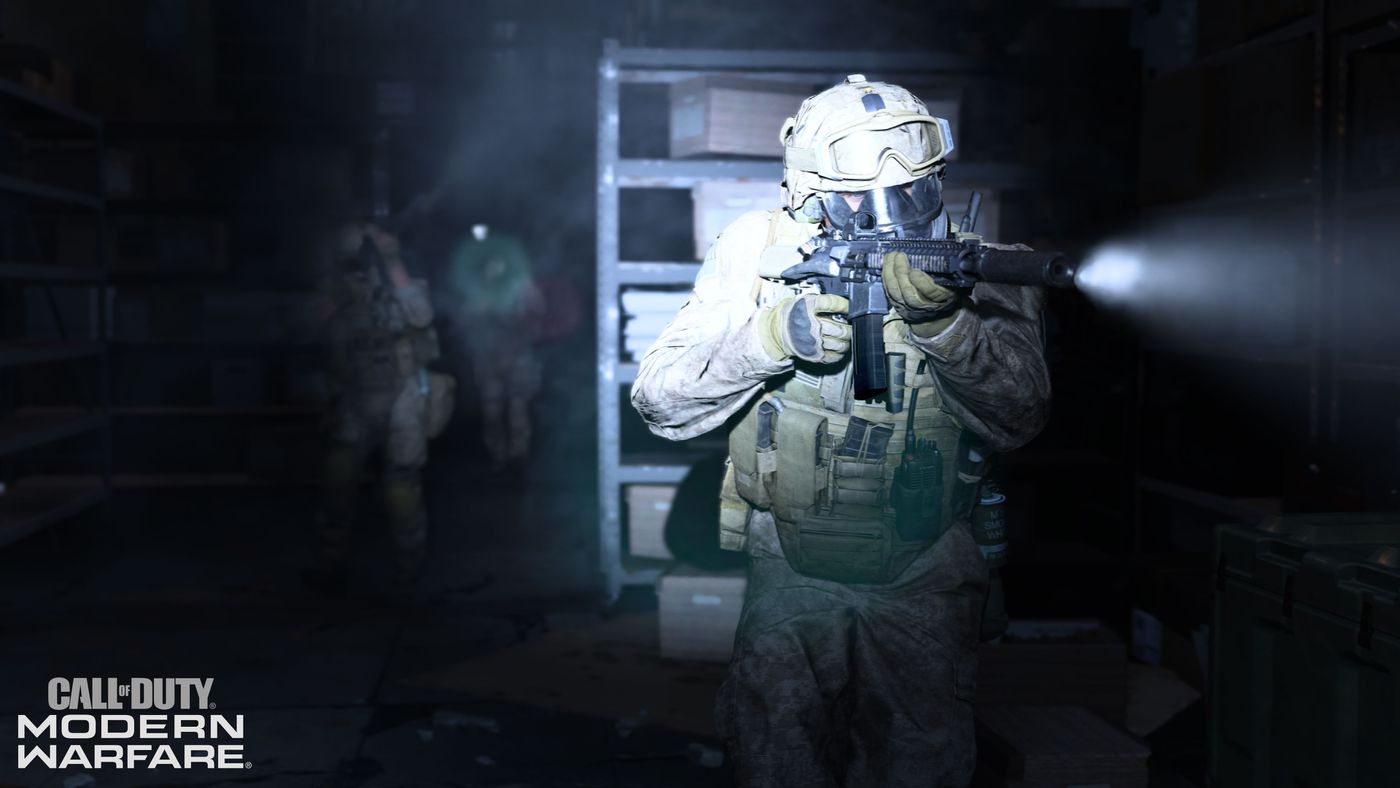 And finally, we have Simon Riley, who is shown with a blank picture, pulled and called Ghost. For those who have played Modern Warfare 2, they may remember him. Price refers to his new team as Task Force 141, the main faction in Modern Warfare 2, and the scene comes to an end. Some may wonder what the Task Force 141 will set out to solve.

Since Zakhaev is after Barkov’s throne, Laswell says that Zakhaev is a fan of Hadir’s work and wants to recruit him, which is not good news. In the second post-credits scene, we get the opening cinematic for Spec-Ops, which is a continuation of the main game’s story. The terrorist group, Al-Qatala now has a new leader operating out of Verdansk, and it’s your job to hunt down them.

Also read: How to get Knockout Medal in Call of Duty Mobile Season 10?