Dan Hwal and Sang Un have their past records to settle. Meanwhile Ok Eul Tae is on his next move 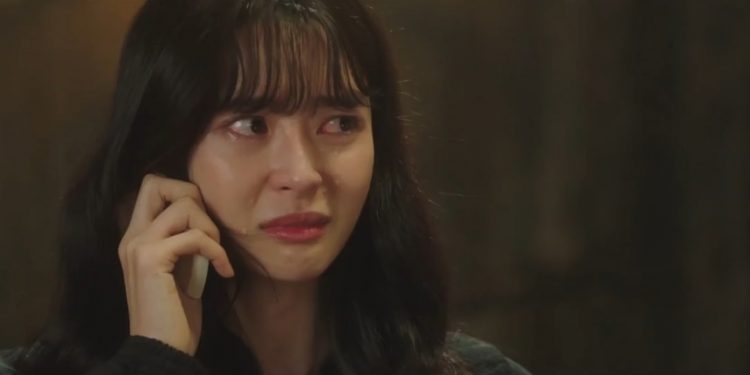 Bulgasal: Immortal Souls’ Episode 8 will witness how Dan Hwal and Sang Un pair up to fight one of their biggest threats. Sang Un still couldn’t forget the shrieks of her family the night they were murdered. Something massive must have happened in the past, and that’s the reason why Ok Eul Tae was behind Sang Un so bad.

The only way the wound in his chest could heal was to kill Sang Un. Both Dan Hwal and Sang Un have been facing their fates since the beginning of time. Dan Hwal had to live so many years by remembering the pain caused to his family, and Sang Un on the other hand, though she reincarnated, had to spend all her time hiding and fearing that something may happen the very next second. Now, with detective Kwon also by their side, will Sang Un and Dan Hwal succeed in defeating Ok Eul Tae? Or they will have to pay heavy prices?

Min Sang Un found herself alive after Dark Hole attempted an attack on her. However, when detective Kwon came to his senses, he saw that there was no one at the spot. He couldn’t forget what he saw with his own eyes. Even after trying to tell people that he had seen someone feeding on blood, nobody believed him. Meanwhile, Dan Hwal brought his greatest enemy to his house.

He still couldn’t process the fact that Sang Un remembered nothing. Sang Un was not ready to give up on him as he was the sword that could kill Bulgasal. Dan Hwal visited Ok Eul Tae, who said that Sang Un was their common enemy. She left a scar on his body, and he had to live thousands of years with it. One thing that he mentioned was, whenever he tried to kill Sang Un, his insides would pain immensely. Maybe something was done by her sister Sang Yeon.

On the other hand, Min Shi Ho was kidnapped and was with Kang Cheol-yong. Though Dan Hwal and Sang Un reached there, they couldn’t catch anyone. However, later along with detective Kwon they went to a reservoir where they found the reincarnated water monster.

Min Shi Ho got saved, and now some new characters also got introduced in the series. They seemed to have some connection with Ok Eul Tae. In this game to kill the Bulgasal, Dan Hwal and Sang Un were not the only ones fighting. Detective Kwon also wanted to do his bit as his family has also suffered the wrath of Bulgasal.

What To Expect From Bulgasal: Immortal Souls Episode 8?

Dan Hwal seems to have a deeper connection with Sang Un. However, even if he got to know about his past relations with her, will he let her go? She was the one responsible due to whom his family had to the witness the horrifying fate. The way the current storyline is unfolding, Dan Hwal might have known Sang Un even before Dan Sol.

Another thing that can happen is, Min Sang Un might have been the victim of her circumstances. During the time she took Dan Hwal’s soul, though at one side she was happy as she was going to be reincarnated, however, an underlying sadness could also be seen.

The action thriller drama Bulgasal: Immortal Souls can be viewed on its original network tvN, this is for the Korean netizens. For the international audience, the drama is available on the global streaming platform Netflix.

Bulgasal: Immortal Souls episode 8 will be released on 9th January 2022. The drama gets telecasted on Saturday and Sunday, two days per week. It also has 60-80 minutes duration, though this can differ.