Fate has finally brought Dan Hwal and Sang Un at one place. Will their destiny be the same as it was years ago? 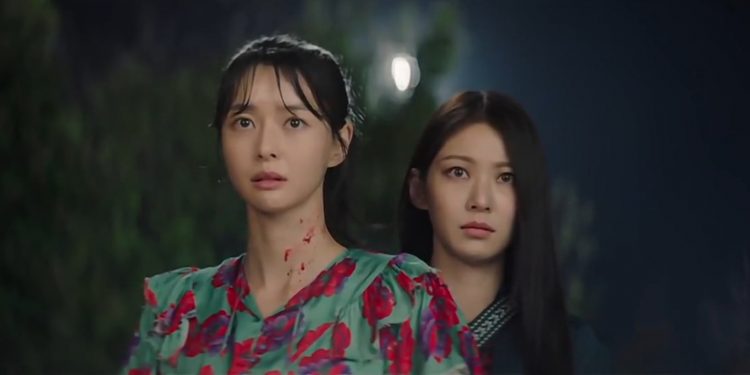 ‘Bulgasal: Immortal Souls Episode 6’ will search for the answers that the previous episodes have left. Surprisingly, so many people are after Sang Un as they claim she has something to do with their souls. Dark Hole also said that she took his soul as well. However, Why Dan Hwal out of everybody? Sang Un and Sang Yeon were twins, so it can happen that Dan Hwal’s soul was split among the two. However, it was only Sang Yeon who remembered everything, but Sang Un lost that memory. This can be one of the possible theories.

Also, Dan Hwal seemed to know Sang Un from before, even before this chaos started. Now, one question does arise that how come she became a bulgasal? What would have happened that may have turned her into that monster?

Bulgasal: Immortal Souls Episode 6 will release on 2nd January 2022. If Dan Hwal and Sang Un truly had some connection in their past, how did they land up like this? In the entire series, somehow, Dan Hwal, though a bulgasal, felt one of the most humane characters.

Bulgasal: Immortal Souls Episode 6 will be telecasted on the channel’s original network tvN. The international audience doesn’t need to worry as Netflix is streaming the drama. The drama airs every Saturday and Sunday.

The story, which started from the Joseon period, now came to the modern era. However, the emotions remained the same for Dan Hwal. Though he went to the old apartment where once Sang Yeon and her family used to live, nothing concrete came into his hands. Before he could even see her face, Sang Un fled from that place. For years she had been trying to find the sword that would finally kill the bulgasal.

However, it seemed that the bulgasal was not the only one searching for her. Reincarnated monsters were running after her soul. Though Dan Hwal and Sang Un’s paths crossed fewer times, still they couldn’t recognize each other, only their smell left a lingering effect. Finally, when Dan Hwal found her, he also met someone he knew. Sang Un’s sister Shi Ho was Dan Sol.

After ages, Dan Hwal found the woman he was waiting for, however now how will he be able to her knowing the fact that Shi Ho was also connected with her. When Sang Un touched Dan Hwal, he saw something strange. A flashback of Sang Un was shown where she was looking happy. What exactly is the connection between Dan Hwal and Sang Un apart from revenge is still not known.

Nam Do Yoon, a student who fell into the trap of the reincarnated monsters, was saved by Dan Hwal. In a very brief period, he relied on Dan Hwal. The way he behaved around him resembled his son a lot. As people related to Dan Hwal were born again and were destined to meet him, this seemed like a possibility where he was Dan Hwal’s son. Though nothing has been cleared as of now, this possibility may also happen.

Sang Un learned that a Bulgasal was only capable of killing another Bulgasal. When she and Dan Hwal had an encounter, she got to know that it was not him who killed her family on that blighted day.

Dark Hole was the one who killed her parents, and the moment he was about to kill her, she was saved by Dan Hwal. Meanwhile, Dan Hwal’s father also reincarnated, as a detective however got killed by Dark Hole.

The woman whom he was supposed to kill at the very first sight was asking for help to kill the Bulgasal as Dan Hwal was the sword who could end this curse.

The woman whom he wanted to kill, for whom he had lost his family, will Dan Hwal ever agree to help her?

Many more secrets will be revealed from the past so stay tuned for the forthcoming episodes of Bulgasal: Immortal Souls.