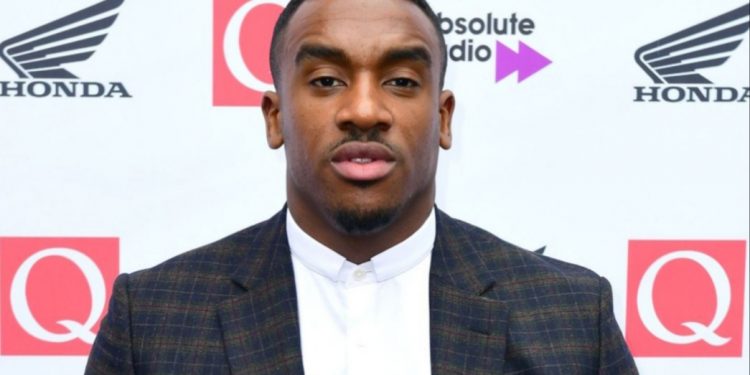 What do we know about Bugzy Malone’s Breakup? With the title itself, you must have guessed who he has been dating and broke up with. Starting from the basics, Aaron Davis, who is professionally known with his stage name Bugzy Malone is a renowned English rapper and actor. Hailing from Manchester, he has delivered us several hit singles and albums. Some of them include King of the North, B.Inspired, Boxes Of Bush, Cause A Commotion, and a lot more. Besides his rapping skills, Bugzy Malone also has a talent for acting. He has worked on a couple of films about which we shall discuss later on in this article.

Moving on with his relationship details, the award-winning rapper Bugzy Malone has always been secretive. He made his romantic relationship official after nine long years. However, it’s been a year, and he hasn’t posted any pictures with his girlfriend. This has made his fans wonder about Bugzy Malone’s Breakup. There still lies a question if Bugzy Malone is still in a relationship with her or has broken up. For more details, dive into this article till the end.

Also Read: Bugzy Malone Girlfriend: Who Is His Mystery Date?

Lately, there have been several speculations made on Bugzy Malone’s Breakup with his fiancee. Yes, you read it right as the rapper is engaged. Let’s have a look about what’s the truth.

It was in 2010 when Bugzy Malone started dating the love of his life. However, he has never revealed her name of her to the media. The rapper has never been vocal when it came to his relationship. Surprisingly, he decided to take the next step in his romantic life. After nine long years, he proposed to his girlfriend with a diamond ring, that too on a boat. And in reply, she said YES. In the same year, he went out for a holiday trip to Paris with his fiancee.

Bugzy Malone posted the entire video of the entire romantic moment of his proposal on his social media account. But now, after a couple of years, that video is missing as it has been deleted. This made the fans wonder if they have broken up. Well, Yes. Though he was engaged, it is sure they didn’t end up marrying each other. The reason for their split is not yet known. At present, Bugzy Malone is not dating anyone and is focusing fully on his work.

Also Read: Moneybagg Yo Girlfriend: Is He Dating Megan Thee Stallion in 2021?

Besides his love life, people have also shown interest in Bugzy Malone’s career and other personal details like age, family, etc.

Bugzy Malone, the versatile British rapper, was born on 20 December 1990. As of now, he is 31 years old. Born in Manchester, United Kingdom, Bugzy is considered a well-known Grime talent in the United Kingdom. As far as his height and weight are concerned, he is 6’1 feet tall and weighs 80 Kg.

Talking about Bugzy Malone’s family, nothing much is known as he has always kept it away from the spotlight. The major reason is he was born and raised in a criminal family. The rapper has had a pathetic struggling childhood. He met his father only after he grew up.

The British rapper Bugzy Malone’s career has been quite good. Some of his notable works include B. Inspired (2018), Facing Time (2016), War Mode, Boxes Of Bush, Beauty and the Beast, December, Cause A Commotion, and many more. One of his albums, called King Of The North, ranked 4th on the UK Albums Chart. Last year, on 28 May, he released his studio album The Resurrection, which peaked 7th on the UK Albums Chart. Check out the linked video below if you haven’t watched or listened to any of his creations. It has garnered more than 5.1 million views in just three months.

Also, if we talk about his acting skills, Bugzy has been starred in the film The Gentleman, playing the role of Enrie. It was released in 2019. Being his fan, you will be glad to know that he is set to release another film, Operation on Fortune: Ruse de guerre, this year.

Bugzy Malone is currently quite busy with his upcoming film and also working on his new albums and songs. It feels good to see him devoting so much effort and time to his work.

Also Read: Did TK and Carlos Break Up? Here’s all that you need to know!