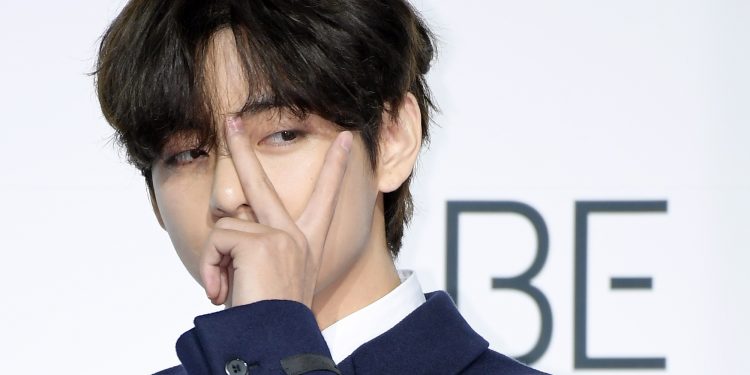 BTS V at a press conference for the album "BE"

BTS’s V has again come out as the victor. The handsome and talented singer from Kpop boyband BTS, V (Kim Taehyung), became the 1st Korean solo artist to debut at no.1 on Billboard’s Digital Song Sales chart with his recent single, “Christmas Tree.” Produced as an OST from Our Beloved Summer, “Christmas Tree” has broken many other records immediately after its release. Besides V standing at the top, “Christmas Tree” has become the only Korean OST song ever to top the chart.

On 4 January, Billboard shared that BTS V has become the first Korean soloist to top Billboard’s Digital song sales chart with the solo song, “Christmas Tree.” He sang the song for the ongoing drama, Our Beloved Summer, starring Choi Woo Shik (Parasite) and Kim Da Mi (Itaewon Class). The OST has also become one of the best-selling tracks in the United States and many other parts of the world.

Many other accomplishments will accompany the historic achievement as Christmas Tree continues to reign charts and hearts. Fans are already congratulating the singer on Social Media, and V is also trending on Twitter, like always.

Apart from V, only two other Korean soloists have made it to No. 1 on Billboard’s Digital Song Sales chart at all. Last month, another BTS member, Suga (Min Yoongi), joined the list with his song, Juice WRLD’s “Girl of My Dreams” (collaboration). PSY’s 2012 hit, Gangnam Style, also topped the charts, but it did not initially top at no. 1.

V's "Christmas Tree" debuts at No. 79 on this week's #Hot100. It earns the @BTS_twt member his first career solo entry on the chart.

Previously, V sang “Sweet Night” for Itaewon Class, becoming the best Korean OST of 2020. Kdrama and Kpop fans look forward to hearing more of V’s masterpieces in the most binge-worthy Kdramas. Both Our Beloved Summer and Itaewon Class are available on Netflix.