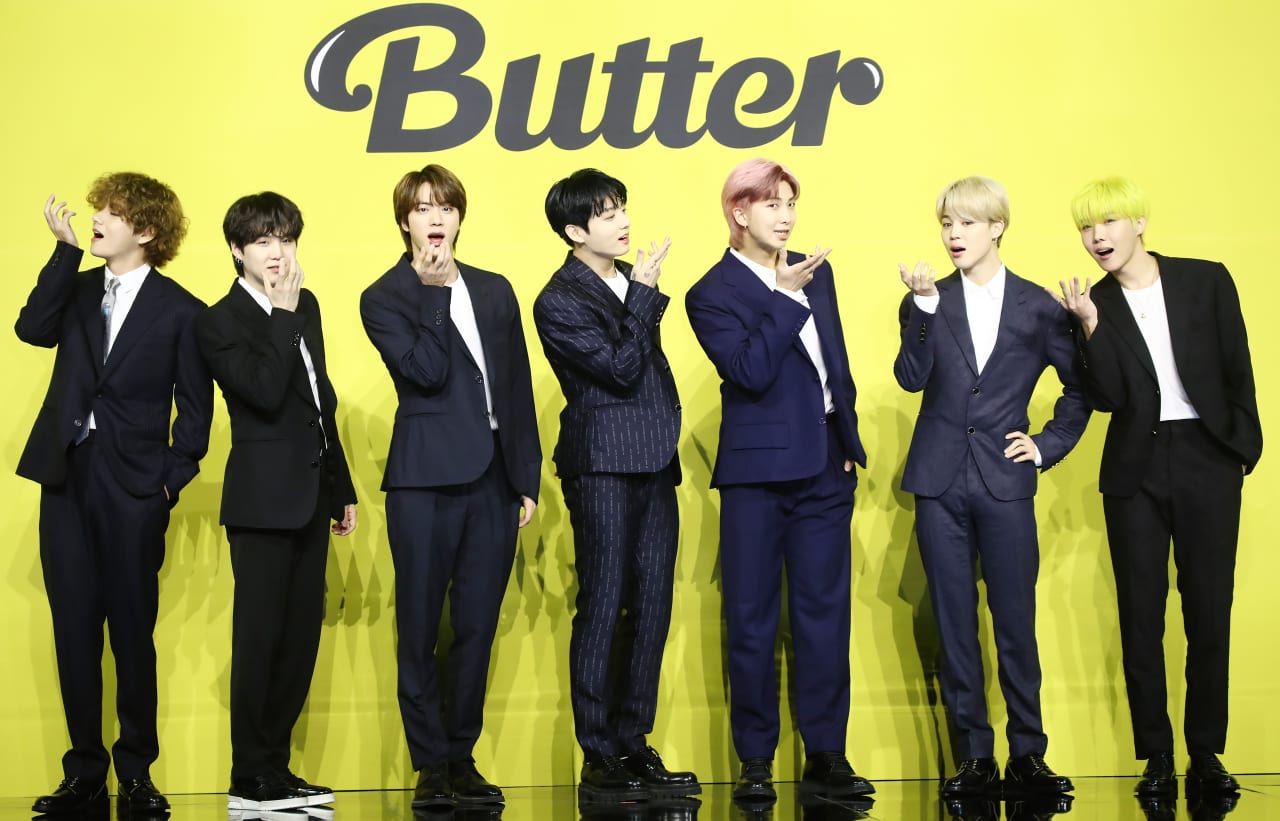 It’s officially comeback season in K-Pop as the world’s biggest boy band BTS releases their second all-English digital single Butter! We know that whenever it is time for a comeback, K-pop idols make massive changes to their looks. Visuals are a very important aspect of this industry, and nobody takes it lightly. In today’s article, we shall discuss how BTS V and Jungkook amazed fans with their new look during the global press conference of Butter in Seoul on Friday, right after dropping the music video of the song.

BTS is undoubtedly the biggest music act in the world right now. They have proved their dominance in the music industry time and again. Last year when the septet released their first all-English song Dynamite, they broke all long-standing records by major western music industries. Dynamite went on to become one of the band’s biggest records in their 8 years of making music. The song had a massive Billboard Hot 100 debut at the Number 1 position. We are expecting the same from Butter too. The music video of the song on YouTube crossed 100 million views within 21 hours of release – the first time in history where someone has achieved this feat. Read on to find out more about how two members of the band have set the hearts of their millions of fans on fire with their latest look.

On the 21st Of May, 2021, right after the world premiere of their second all-English single Butter, the revolutionary K-Pop band BTS held a global press conference to talk about the song and their process of making it. Like all comebacks, the band had teased their brand new visuals before the song was released and even in the new music video. We saw member j-hope in yellow hair, Jimin in shades of the rainbow, and leader RM in pink. We also saw our golden maknae Jungkook in purple hair color. However, what the ARMY did not see coming were the looks members V and Jungkook adorned in the press conference. 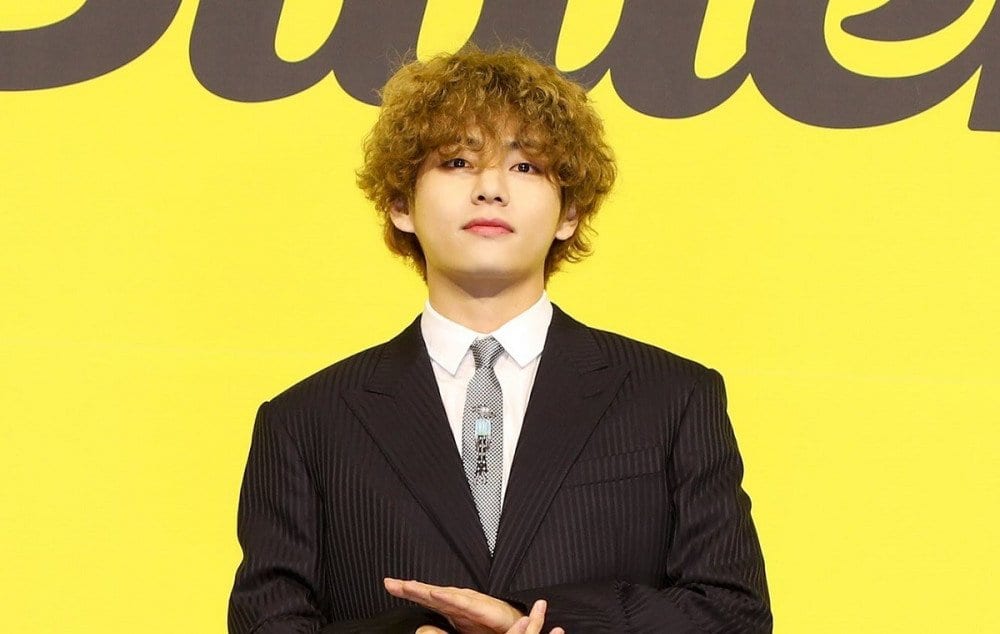 A couple of days before the release of Butter, BTS V took to Weverse to tell the fans that he had dyed his hair. On the day of the release of their song, V appeared in the press conference looking absolutely adorable in blonde permed hair. The members were quick to notice that he looked like the human version of a poodle. It was endearing to watch Kim Taehyung, V’s actual name, talk about his new hairstyle. When the MC asked him about his new look, V shied away, saying that he realizes that this is a hairstyle he can only do once in his life. The 25-year old singer said that he is afraid he has revealed it too early. 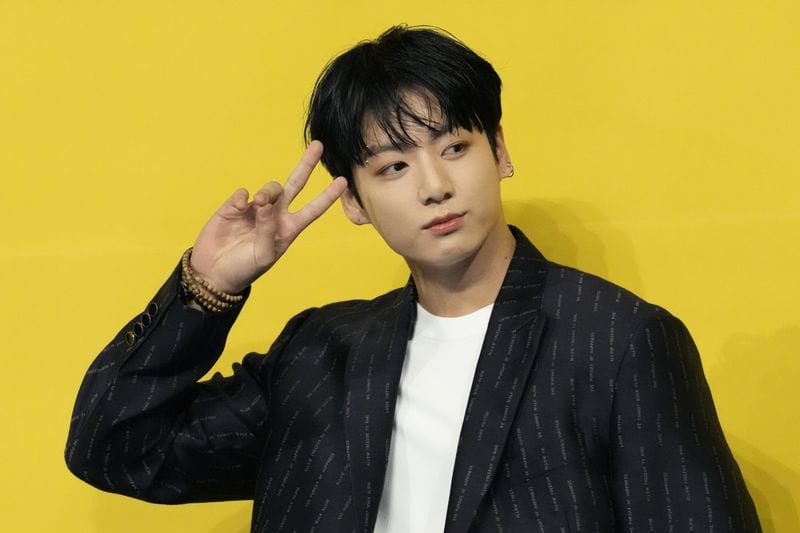 In the meanwhile, the youngest member, Jungkook had been growing his hair since BTS canceled their tour last year. For BTS’ Dynamite and Life Goes On music videos, we see Jungkook adorning long hair. In fact, in all their appearances over the last few months, Jungkook had long hair. Back in January this year, we saw Jungkook in blonde hair. He later colored them blue and then a shade of mint – all within a span of 3 months. For the last few weeks, people have been seeing Jungkook in purple hair. In fact, for all the promotional content of Butter, including the music video, the 23-year old singer had purple hair. However, on the day of their press conference, Jungkook came out wearing a signature Loius Vuitton outfit looking like his seventeen-year-old self. Jungkook has cut his hair short, and the fans are loving it. Also, the talented idol’s jet black look is back.

Another thing about Jungkook that has all BTS fans hooked to his new look is the sparkly stickers he put on his right eyebrows. He clarified in BTS’ Butter comeback live that these were indeed stickers. For the longest time since the Butter teaser photos were released, the ARMY speculated that the singer had gotten eyebrow piercings. Whatever be their look, we are in absolute love with V and Jungkook and BTS’ new song Butter.