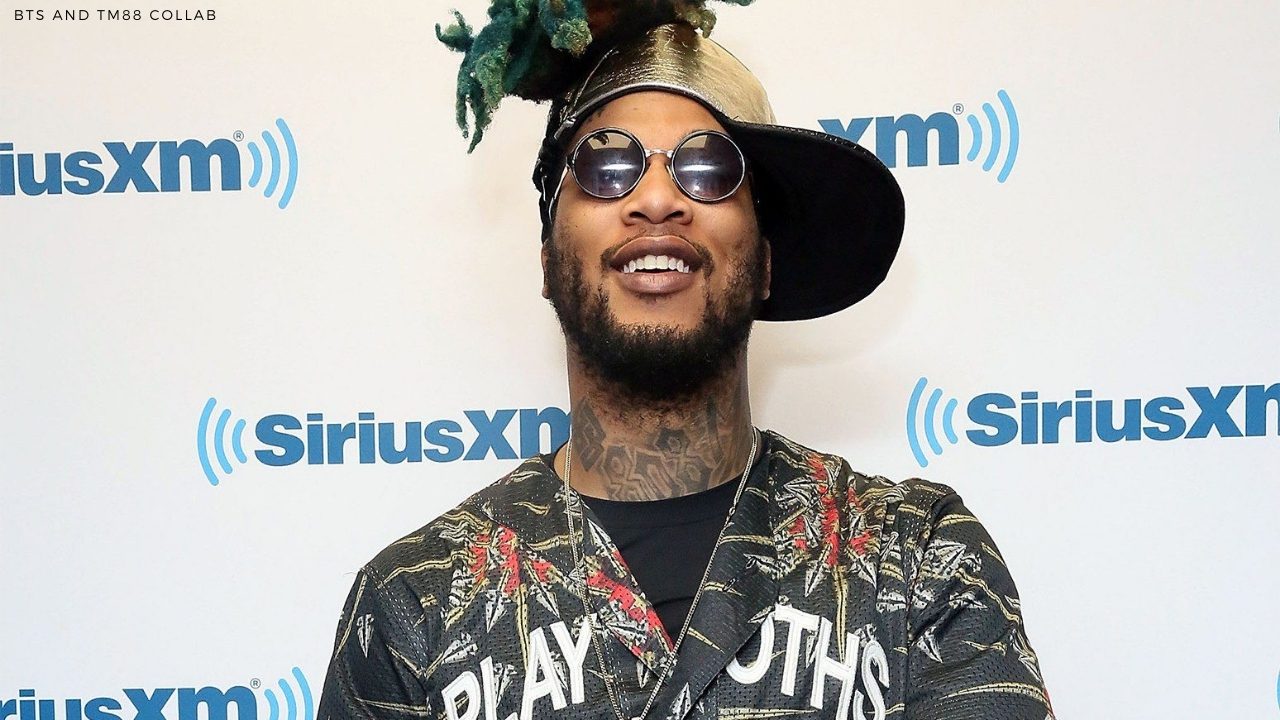 BTS is currently on a roll with its music, fans, and a long list of collaborations. After Megan thee Stallion, we might get to see the BTS and TM88 collab. A couple of days ago, the hip-hop producer posted a tweet online hinting at a possible BTS collaboration. However, some minutes later, he deleted his post, making fans create a frenzy online. Although any of the parties haven’t confirmed anything, the tweet was enough to raise thousand of eyebrows. BTS is on a roll recently, and many of their collabs are kept secret before the big announcement could be made. Fortunately, their BTS Army decodes the hints and clues to link one tweet to another. Hence, is TM88 really collaborating with BTS? Here’s all we know.

The legendary hip-hop producer wished to collab with the pop star group for a few years, according to news and reports. And, it is believed that his wish might come true soon. If the information turns out to be accurate, fans can add TM88 and BTS collab on the list of ‘awaiting’ collaborations; they look forward to releasing this year. Apart from TM88, BTS is also in the new to release a new track with Coldplay. The South Korean septet is also sitting down with Coldplay’s frontman Chris Martin in the upcoming episode of Youtube’s Released.

As of now, there is no evidence to prove the possibility of the collab. However, TM88’s tweet is still considered s an early sign to look forward to the collab between the two. Big Hit Music and BTS need to confirm before ARMY gets really excited about the music.

Over time, TM88 has mentioned BTS and their songs multiple times on his social media accounts. One time, he posted asking people where he could find Yoongi/Suga. And the other time, he posted a screenshot of him listening to BTS Cypher 4 ( A song by BTS Rap line).

Sadly, his latest tweet about the band is not on Twitter anymore. But we do know what he tweeted. TM88 wrote on his account, “Been a crazy month, finally got that email from BTS hopefully we make some magic. A lot of music dropping for CrashDummy x 808 mafia.” BTS Rap line is famous for its hip-hop tracks, and even the group has produced some popular hip-hop music. 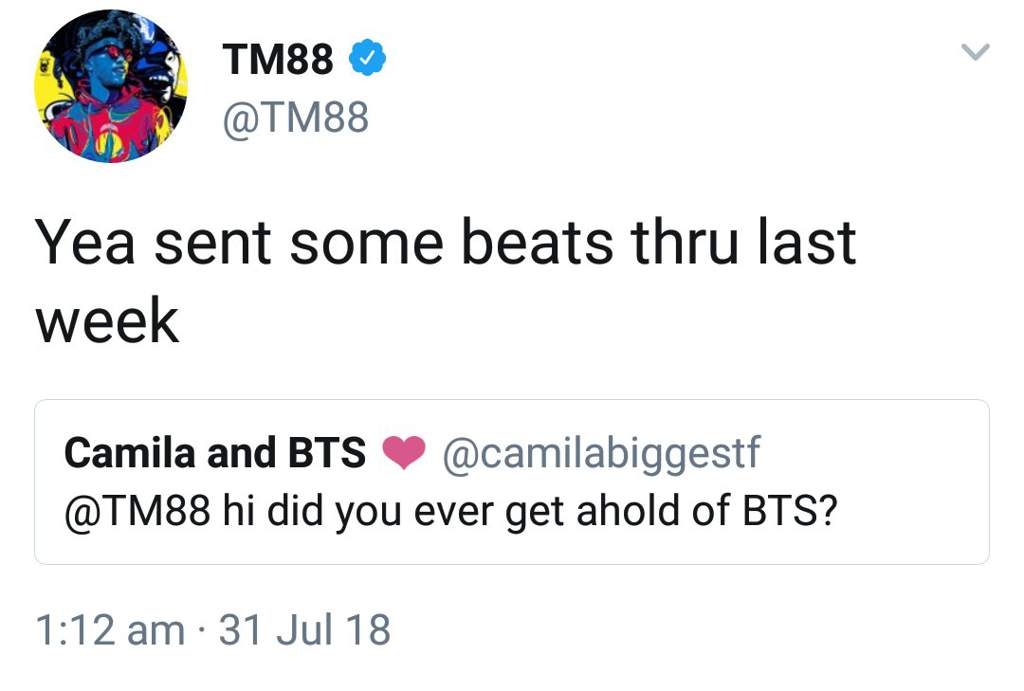 On the other hand, TM88 is super popular among the hip-hop culture. He has previously collaborated with Drake, Gucci Mane, the Migos, Travis Scott, Future, Juicy J, 2 Chainz, and Wiz Khalifa. The list of people TM88 has worked with is impressive, and with BTS joining the list (maybe), it will definitely elevate.

Previously, in an interview, Yoongi/Suga confirmed that BTS is working on new hip-hop music. Maybe, one of the tracks will feature TM88 as well. Let’s wait for an official announcement to drop. Until then, check out TM88’s posts and love for the group. 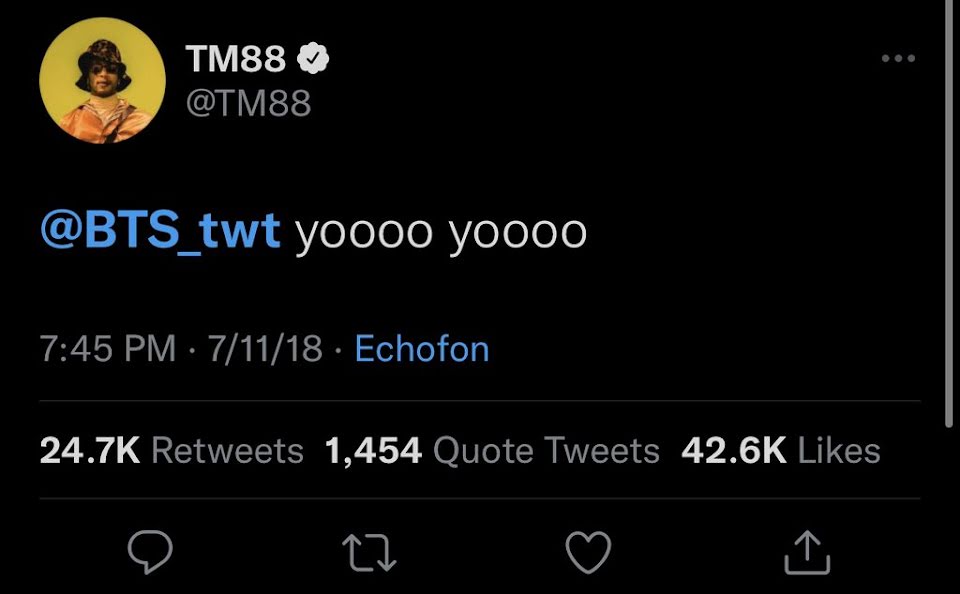 BTS and TM88 music is still in progress. But, that doesn’t stop the group from producing more music. As we mentioned about, in an interview, Yoongi said that they would be releasing more hip-hop music, which clearly indicates that BTS is soon dropping new music. Most recently, the band released Butter (Remix) with the legendary Megan Thee Stallion. The song debuted big on Spotify, with more than 6.5 million streams on its release. Furthermore, it’s continuing to break records every day.

Yoongi wasn't kidding when he said there will lots of hiphop songs upcoming pic.twitter.com/zGsTzNVDse

Meanwhile, BTS is also suspected of dropping a new track with the British band Coldplay. Many shreds of evidence linked the two groups together, and it seems that the news is true.

BTS is a South Korean boy band, which made its debut in 2013. Consisting of seven members – RM, Jin, Suga, J-Hope, Jimin, V, and Jungkook- the septet is now known as the biggest boy band in the world. After breaking several records and selling more than 20 million albums, they are cited as the ‘hitmakers’ and ‘pop sensations’ of the music world. Just like ARMY, we are always looking forward to their music. So, are you excited about new music from BTS?

Also read: Itzy Releases Crazy In Love Album Teaser- Get To Know All About It

In this article:BTS, kpop, TM88