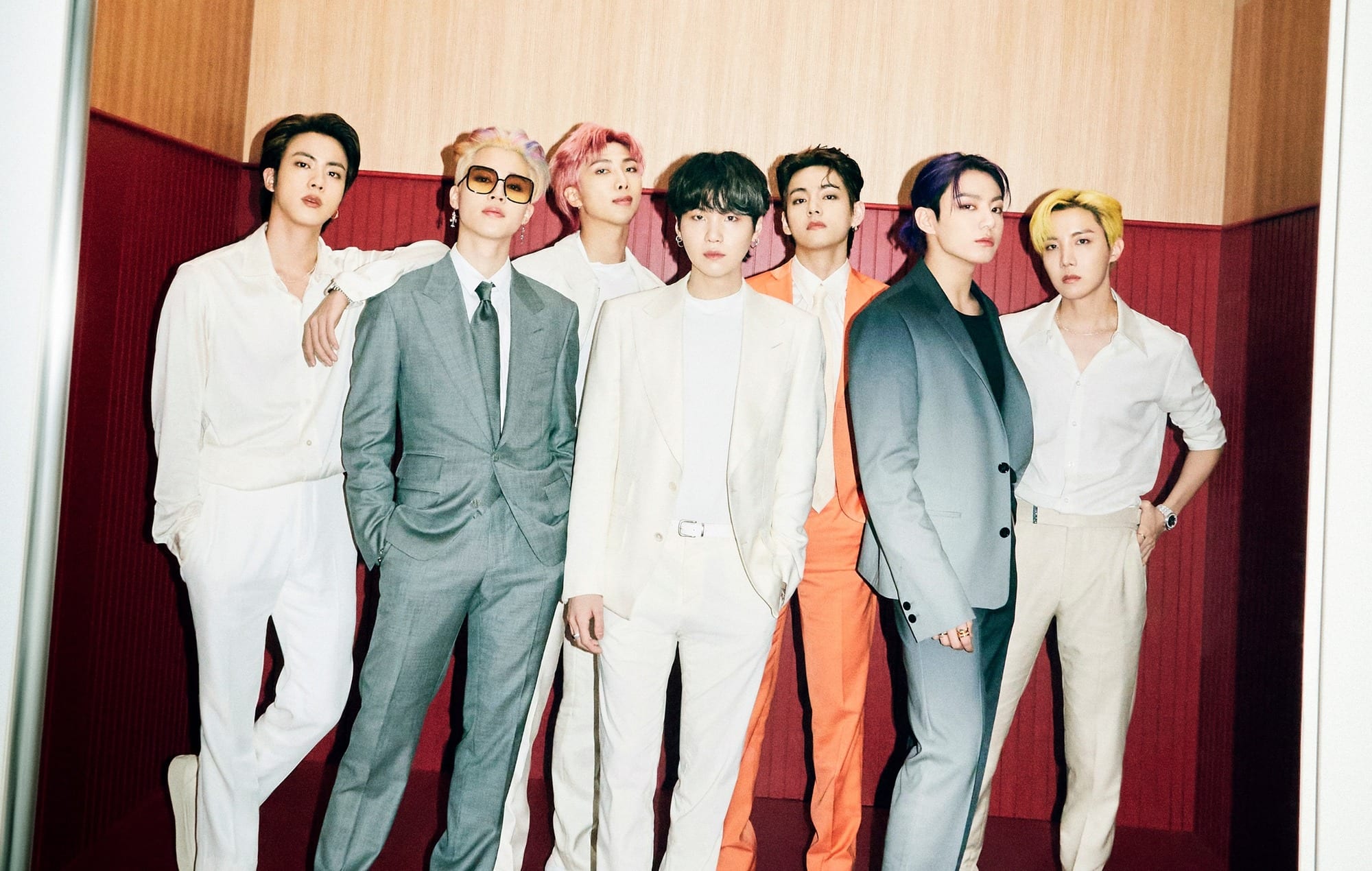 Worldwide recognized superstars BTS are on a roll again. After the release of their amazing and updated song Butter, they gave fans exciting news. The BTS members had revealed that they would be holding an online concert. Moreover, the information had been revealed with a video they had uploaded on their channel. Also, this concert MUSTER Sowoozo is to mark their 8th anniversary since debut. The talented boy band had debuted on 13 June in 2013.  And have worked hard and gone through tough times together. That is why the seven-member of BTS are the idols of many people’s lives and have become the inspiration.

As already mentioned BTS had debuted in 2013 as Bangtan Sonyeondan. They had debuted under HYBE Entertainment which had been till last year known as Big Hit entertainment. BTS has evolved from having teen and school-related songs to meaningful plus beautiful songs and have also released amazing light bops like Butter. They have recently gotten great success with their new song Butter.  The boy band had won four awards at the BBMAs on Sunday. Following t their success they had also debuted Butter’s performance at the BBMA’s which is incredible. Keep reading to find out more about their new concert MUSTER Sowoozo.

BTS had cheerfully had given the great news on 22 May. They had told them that the event would mark their third anniversary together with ARMY. MUSTER Sowoozo will be held on 13 June and on 14 June. And as revealed by Jin the on 14th the concert would be a little different. He had revealed that the concert on 14th will be like a worldwide version in which they will sing their foreign songs. The timing of the concert has been confirmed as 6:30 PM KST. As of now, these are the only details revealed. The article will be updated once any information has been revealed. 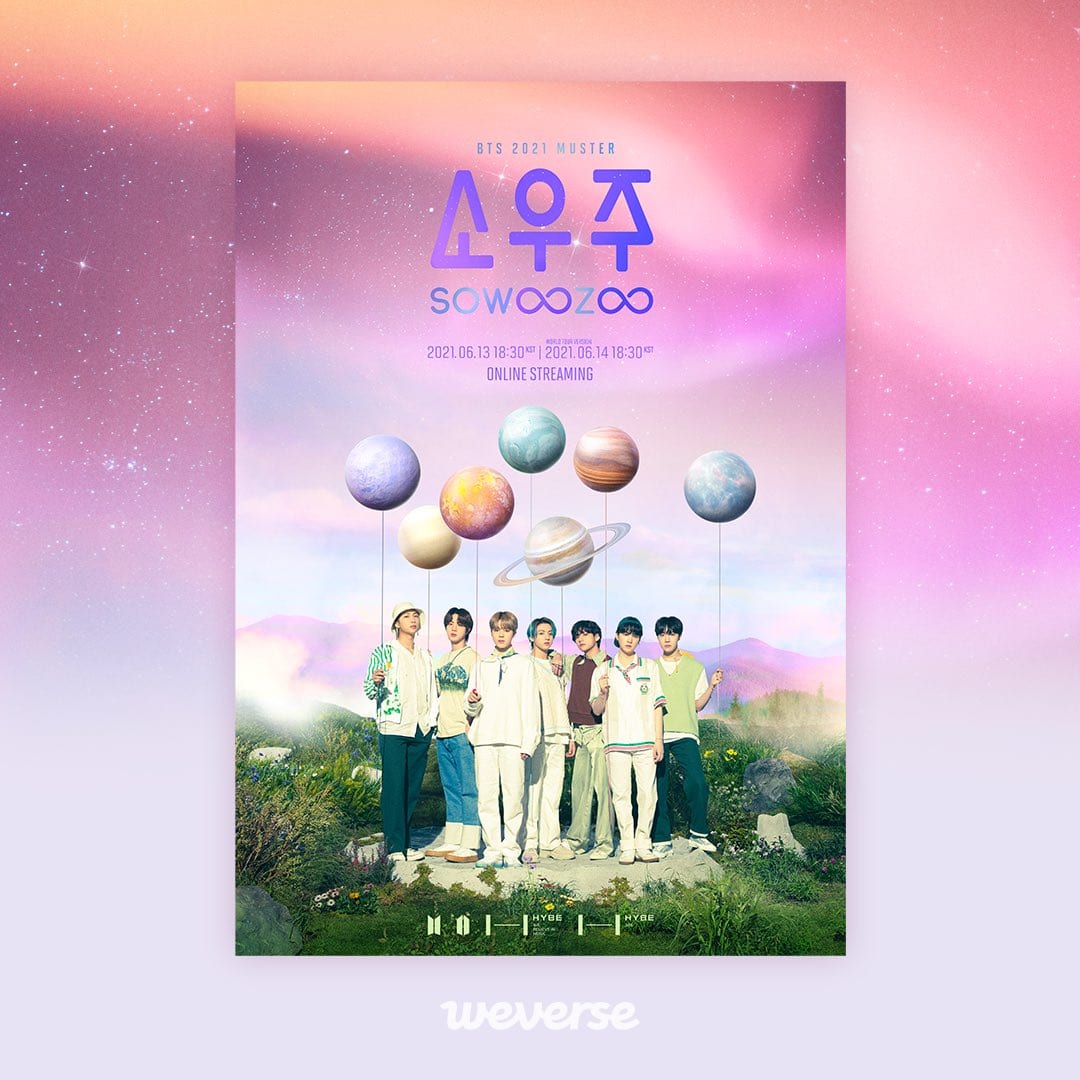 The BTS members had been holding these concerts for every debut anniversary since their debut. But sadly last year they weren’t able to hold because of the wrath of the covid-19 pandemic. They had covered that up with BangBangcon n which they had shown their past concerns and fan meetings. Well, happily this year they would be able to hold their concert which is MUSTER Sowoozo. Sowoozo which is mikrokosmos that is a track from one of their albums. ARMY will be able to watch the concert online. Of course, everyone is pretty excited about it. Especially when they released a poster for the concert. Honestly, all of the members looked pretty ethereal and charming, like always. Do you spot the blue-haired Jungkook? Also, the members each are holding a planet as if they are balloons. The poster overall is pretty beautiful.

Timing Of The Concert In Different Places

About Their Previous Online Concert 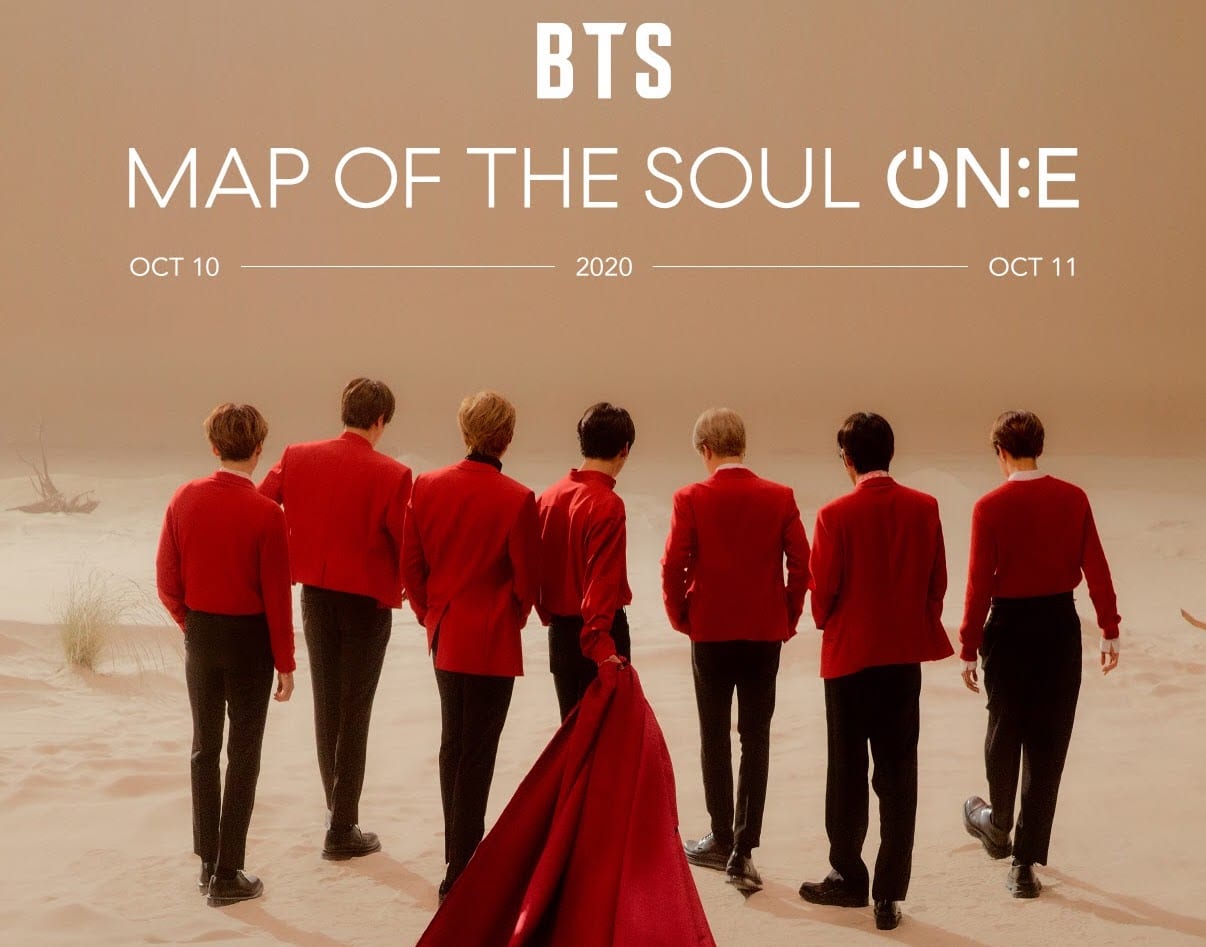 This isn’t the first time BTS has held an online concert. They had held the Map Of The Soul ON concert last year in 2020. BTS had performed songs from their album Map Of The Soul 7 including each member’s solos too. Along with the album they had performed some of their classics such as Boy In Love and Boy with Luv. The members had also shared a memorable time with ARMYS who had tuned in to watch their concert. Of course, along with the BTS members we longed to meet again after the pandemic ends. But for now, let us stay safe and enjoy their concert.