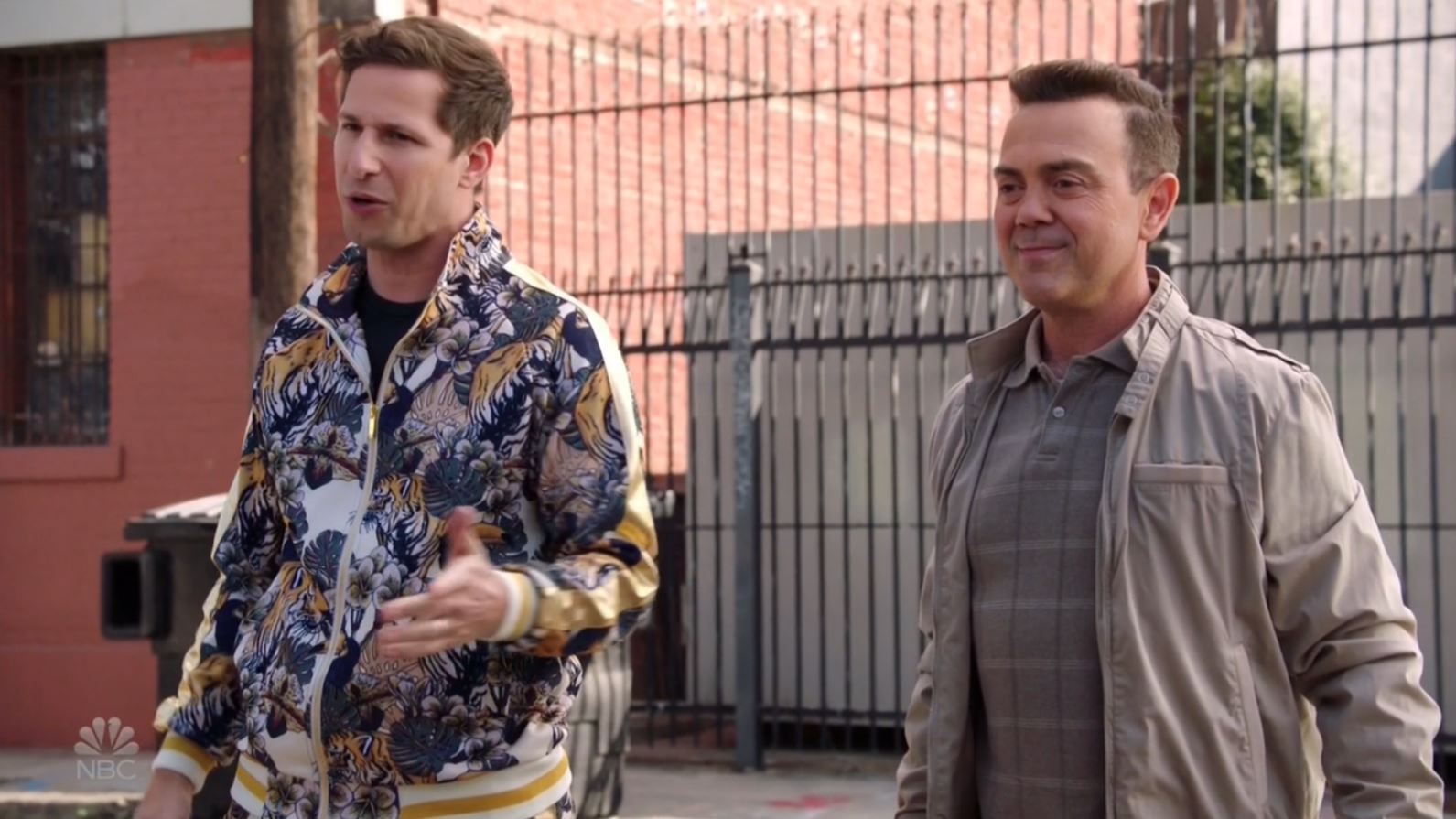 Brooklyn Nine-Nine Season 8 will soon be coming back with episodes 7 and 8. This week again, we saw two back-to-back episodes with “PB&J” and “The Setup”. This week we saw two episodes that put Jake’s life as Detective at risk. First, we saw him being tricked by his friend Doug Judy. Then we saw Jake mistakenly make an arrest that put his career in jeopardy. While the first episode seemed to be a great way to say goodbye to the duo of Pontiac Bandit and Jake Peralta, the second episode helped portray the law enforcement’s side of things as they make a wrongful arrest. In the past few episodes, we have seen Jake growing up as a parent, and now we see him own up to the mistakes he makes as a cop. While it seems a little too late to grow up, better late than never.

Jake Peralta being friends with a criminal like Doug Judy is often ignored. The two have been together for nearly seven years. Through this time, we have seen multiple chases and setups. While the two establish a great friendship, wanting to be free makes Judy always trick Peralta and escape prison. Doug Judy isn’t really a bad person, but one small crime made him give up his life as a citizen and try and rely on dirty ways to try and earn a living. Here, we see how a person is judged by society over a minor criminal record. This causes them not to get a job, thus going back to crime. In the next episode, we learn how cops must own up to their mistakes and be more one with the citizens. So, now let’s look at how the events folded in this week’s episodes. 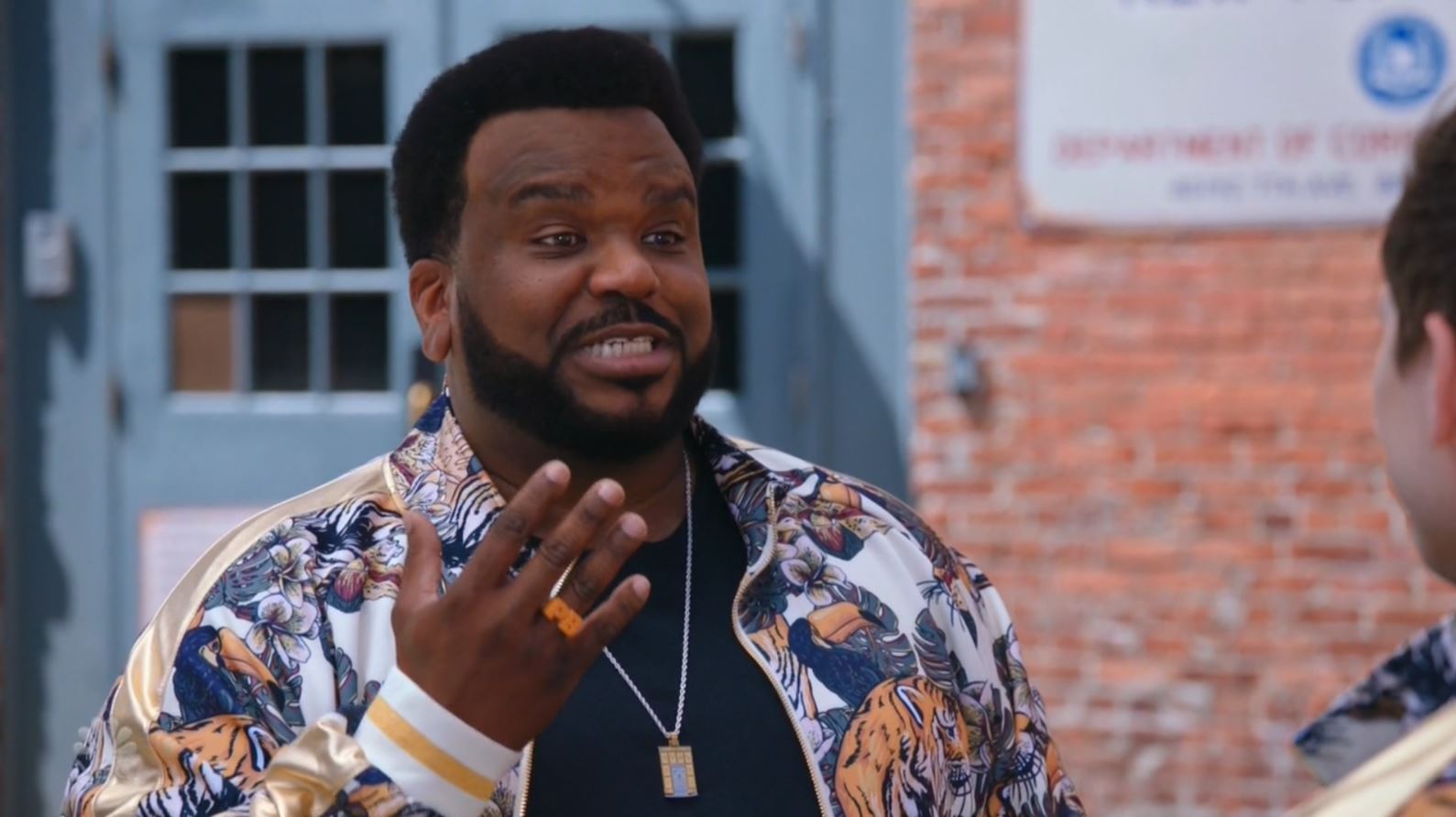 Brooklyn Nine-Nine Season 8 Episode 5, titled “PB&J,” follows Pontiac Bandit and Jake Peralta. Doug Judy has been arrested and needs to be transported to another prison. To have fun one last time before Doug is off to prison, Jake makes sure that he gets to take him. During this, Jake has several surprises for them. That’s when Boyle interrupts as he is suspicious of Doug that he would yet again trick Jake. Boyle’s intuition was correct as Doug was planning to run away all along. He had taken help from his sister to set up the entire escape. In the end, as Jake’s life is in danger, Doug saves him. Unfortunately, Doug must now go to prison like he was meant to. The two say their goodbyes as Doug later makes his escape and goes to Amsterdam along with his wife to live a happy life. 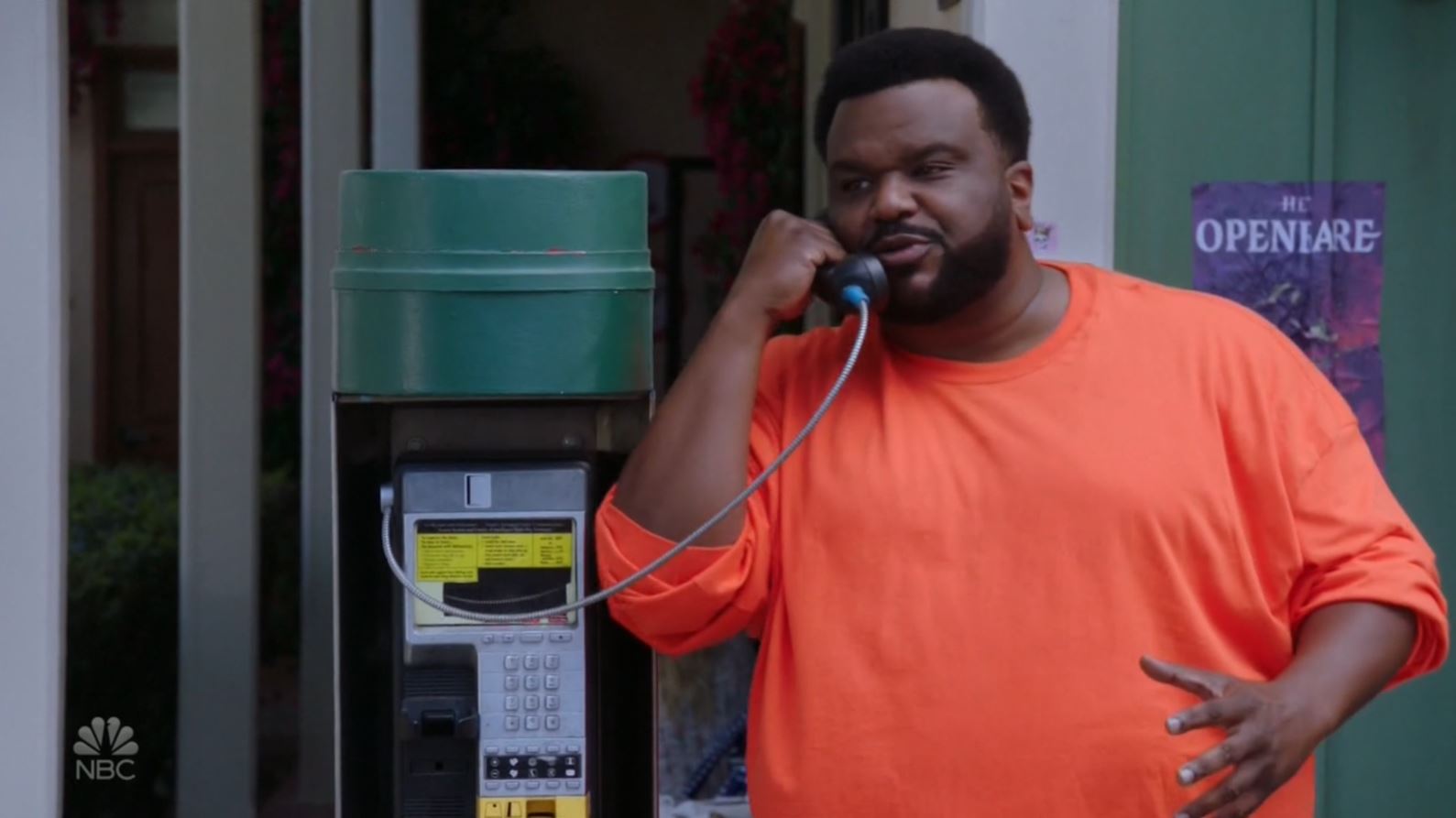 Doug Judy in Amsterdam after he broke out of Prison.

Brooklyn Nine-Nine Season 8 Episode 6, titled “The Setup,” follows Jake Peralta as he wants to re-emulate the events in a movie called Speed. There was a bomb in a bus that Jake wishes to investigate. But as the FBI takes over the case, he cannot work on it. Late at night, Jake goes off to investigate the bus’ location, where he arrests a fleeing man. Later, Jake finds out that he had arrested an innocent and the real culprit had already admitted his mistakes. While Jake was about to face suspension, Sullivan arrives to try and save Jake. Thinking this was all a setup by Sullivan to have Amy change her plans for the Police Union, Jake decides to investigate the man he arrested. But by the end of the episode, we learn that Jake had really arrested an innocent man. He admits his mistake faces a 5-month suspension. 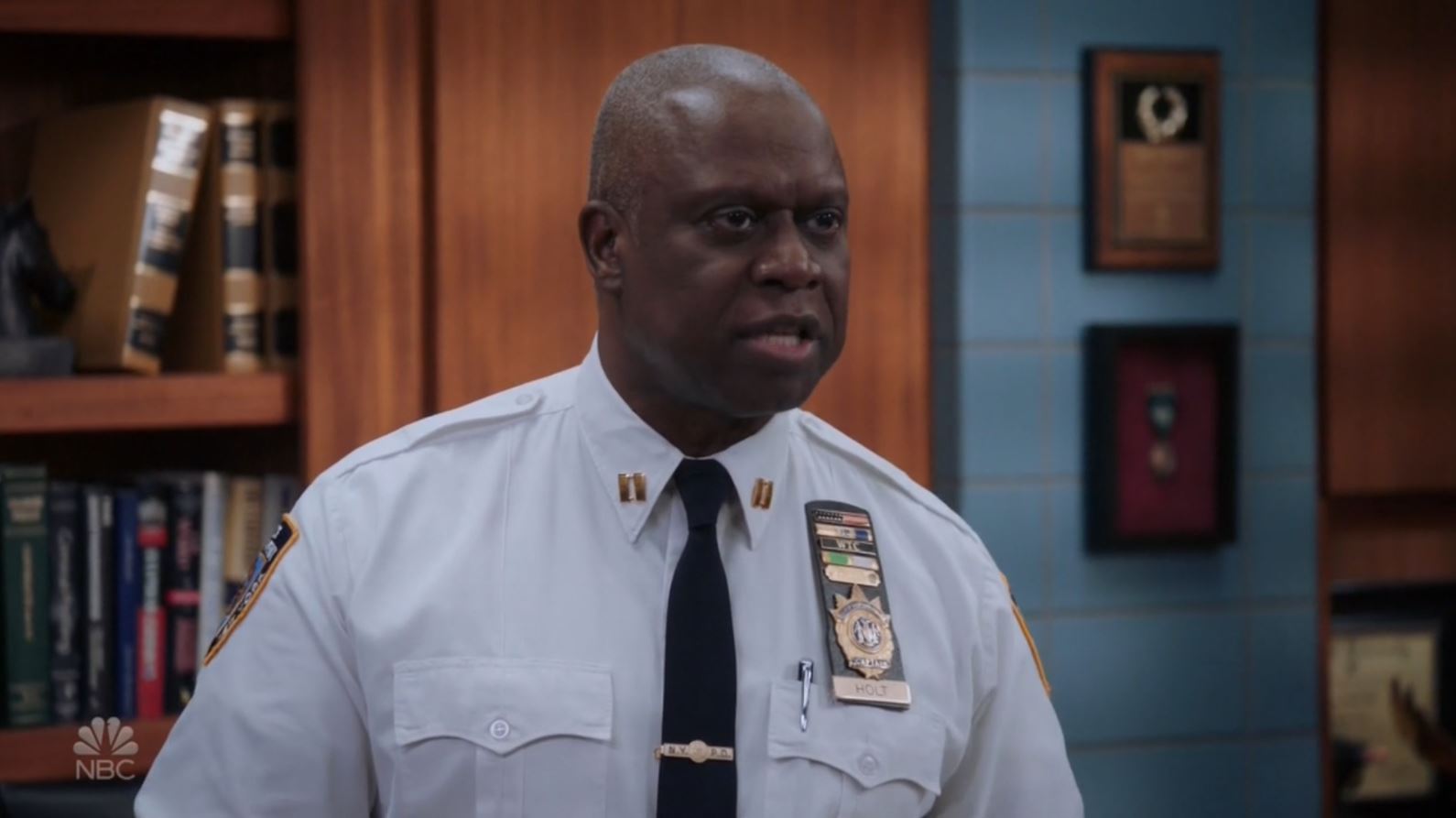 Raymond Holt hushed as he angrily speaks to James O’Sullivan regarding Law Enforcement and Citizens. 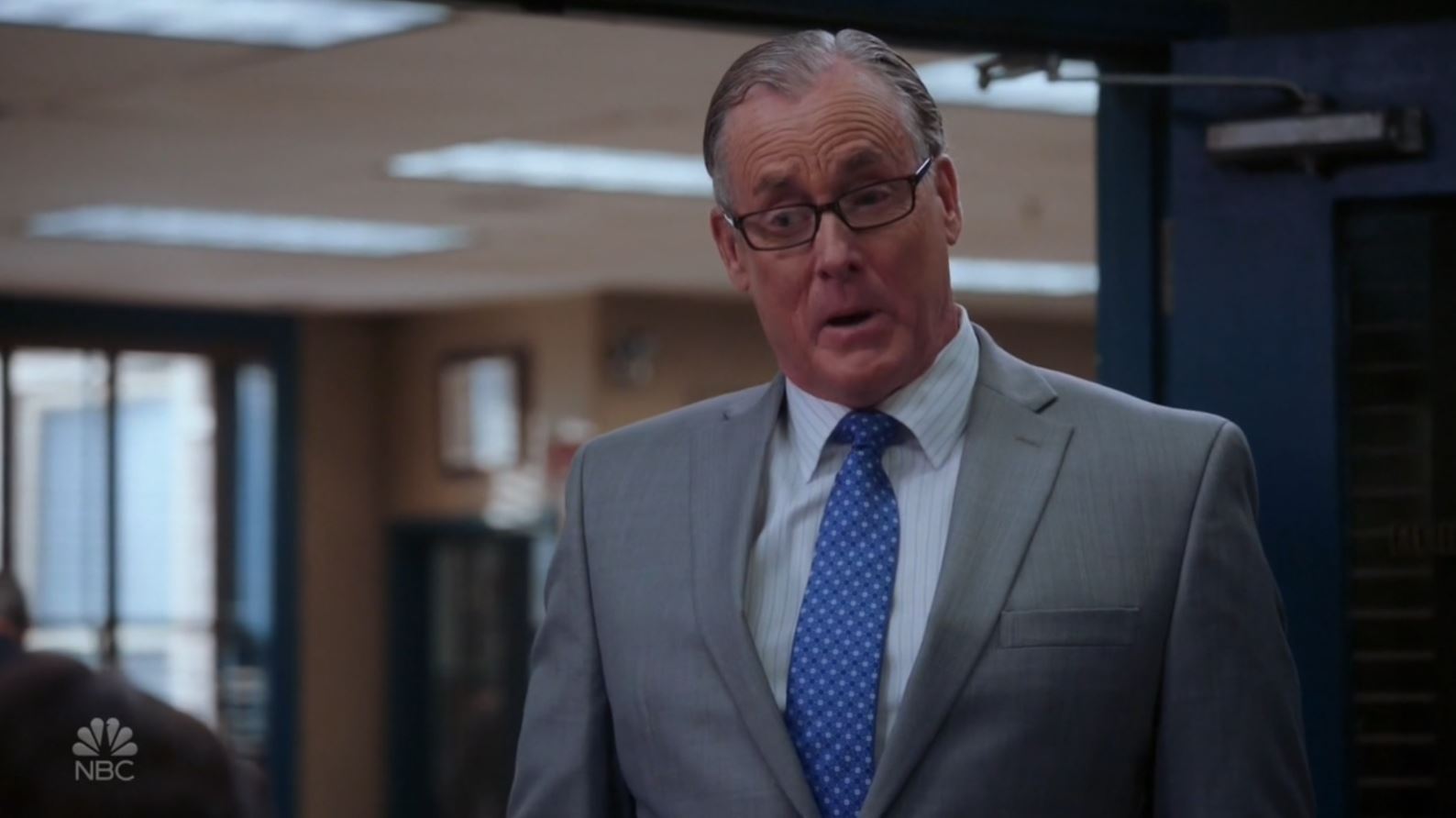 The final season of Brooklyn Nine-Nine was faced with reschedulings. Initially, Brooklyn Nine-Nine Season 8 was supposed to release in Fall 2020. But due to the COVID-19 pandemic, the production for the same was further delayed. But when the filming finally resumed, events surrounding George Floyd occurred. Reportedly, two episodes had already been shot, but they were scraped away to form an altogether new storyline to fit the current events. The release date then went back and forth between mid-2021 to early 2020. Nevertheless, the show was finally set to premiere on 12th August 2021.

Brooklyn Nine-Nine Season 8 Episodes 7 and 8 are titled “Game of Boyles” and “Renewal”. These episodes will follow our favorite characters from the 99th Precinct as they head into the final chapters of the show. We can see how Jake and Amy are maturing into responsible parents. At the same time, we can see Rosa taking on her own path away from the Precinct. Skully has retired from the force while Hitchcock keeps constant contact with him through FaceTime.

Meanwhile, Captain Holt, too, has been having troubles in his relationship with Kevin. Due to all the events surrounding COVID-19 and the Black Lives Matter Campaign, Holt has been deeply engrossed in his work. He has not been able to connect with Kevin. While their relationship seems to be getting back on good terms, it does feel that Holt may make a sacrifice to mend his personal life. The final two episodes of Brooklyn Nine-Nine are titled “The Last Day Pt 1” and “The Last Day Pt 2”. While it may seem that the title is just a reference to the final two episodes of the show, it could mean that someone may be retiring at the 99th Precinct. 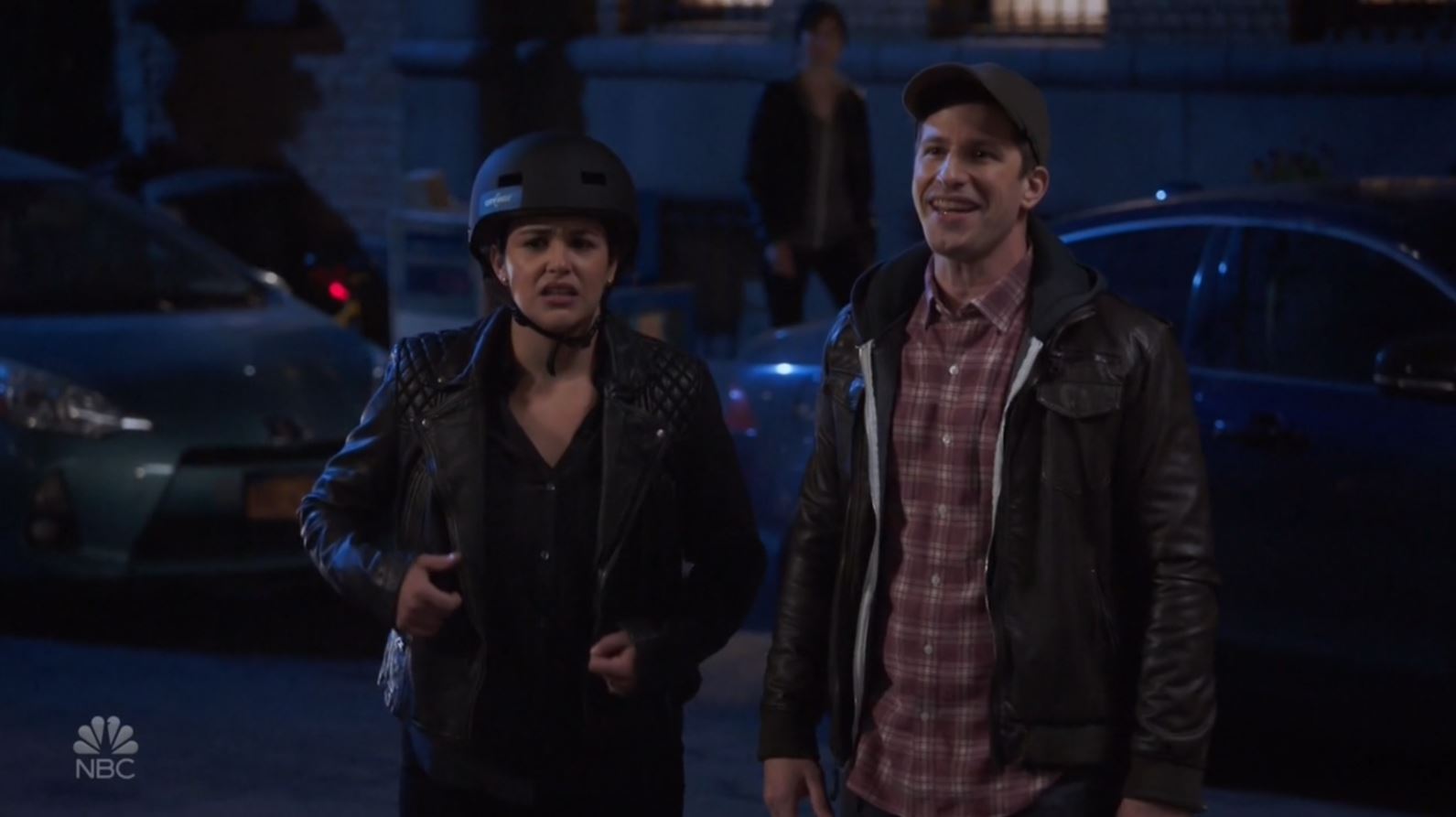 Brooklyn Nine-Nine Season 8 Episode 7 will see Terry and Jake go along with Charles to visit the Boyle Family Farm. The episode is titled “Game of Boyles,” which may indicate an encounter with several members of the Boyle Family. Elsewhere, Amy and Rosa will be attempting to help out Captain Raymond Holt to med his marriage.

Brooklyn Nine-Nine Season 8 Episode 8 will see the 99th Precinct squad come all together to work on an important case. This high-stakes case should be one good reminder for every big case the team has solved together.

Where To Watch Brooklyn Nine-Nine?