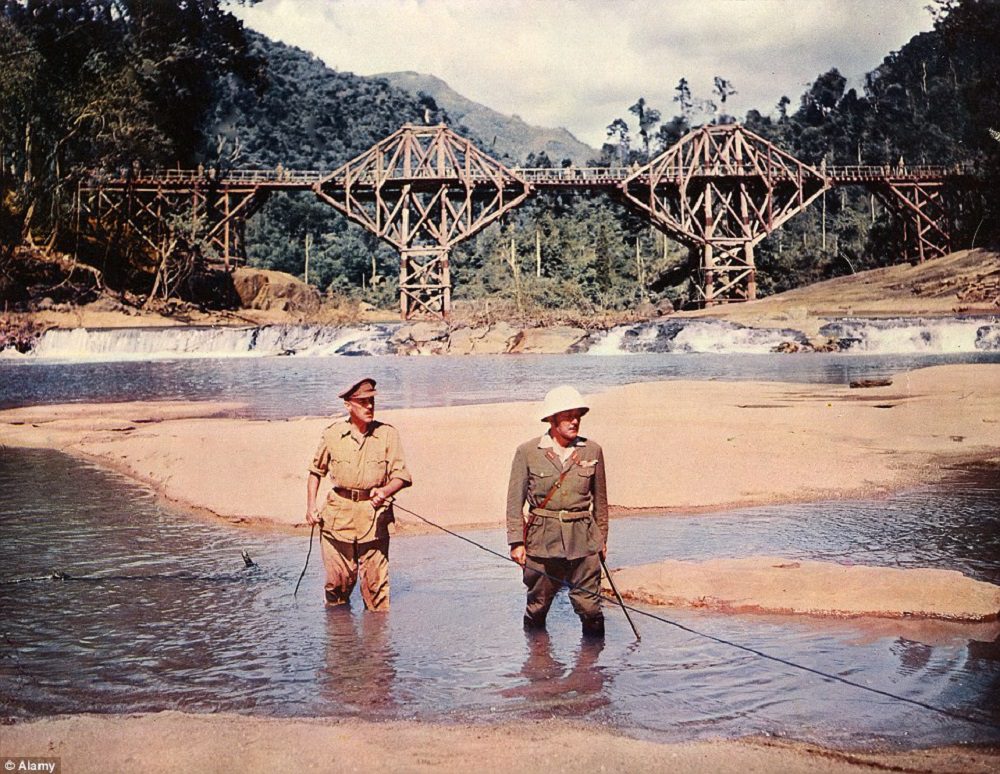 Bridge On The River Kwai

Bridge On The River Kwai is an Epic war-based film. This film is taken from a popular novel written by Pierre Boulle in 1952. David Lean is taken that story and directed it in 1957. Carl Foreman and Michael Wilson have written the screenplay for this film. This film is produced by Sam Spiegel, and the music is composed by Malcolm Arnold for this film. Bridge On The River Kwai was released on 2 October 1957. This film is a premiere in London city. This film has 161 minutes run time on screen. The producer has invested money in the overall film, which has a budget of 2.8 million dollars, and its box office collection is 30.6 million dollars from worldwide rentals from the initial release.

The plot and characters of Boulle’s novel and the screenplay are virtually entirely fictional, despite the historical setting of the construction of the Burma Railway in 1942–1943. Foreman and Wilson were posthumously awarded the Academy Award many years later. Screenwriter Carl Foreman wrote the first draft of the script, which was eventually replaced by Michael Wilson. The Bridge on the River Kwai is largely considered to be one of the best films ever made. The American Picture Institute has named this film to their list of the finest American films ever made.

Bridge On The River Kwai Scene

Bridge On The River Kwai ending

The ending of this film conveys a huge amount of action and plot conclusions through a lean masterclass in endings. The final scene is dominated by The ever-approaching train drawing closer, and the quicker repeating whistle blasts build the tension, the louder and louder the chugging draws. The train draws nearer until, finally, you see the train with Japanese flags on its front. The enemy is coming to us. Confidence must be resolved. Great anxiety and unease are infused. The scene from the outset, with William Holden’s commanding performance, shears The American naval officer described his reactions to the change in jungle sounds. The emotion crying out from his face and the successively closer shots of his position build a final drama. 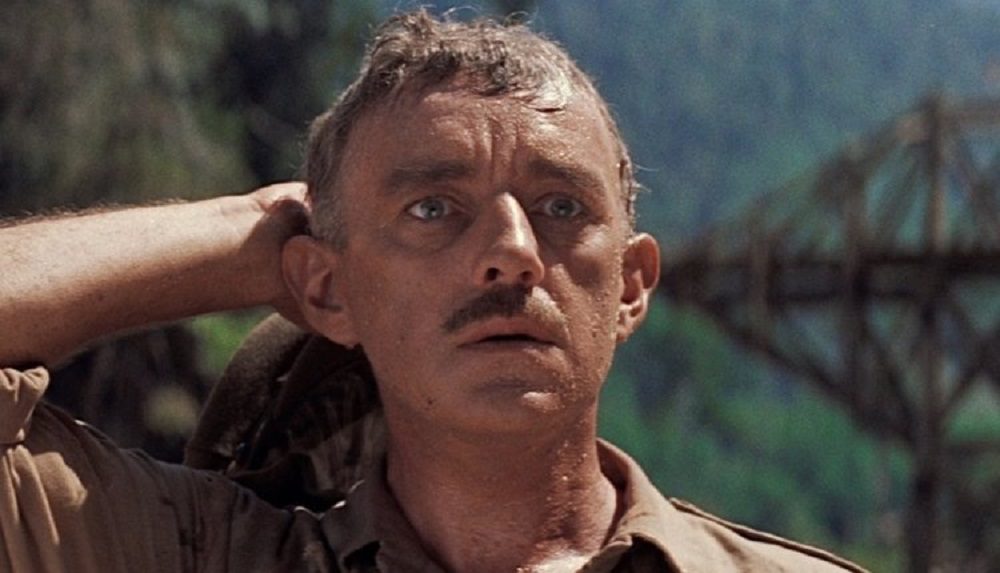 Bridge On The River Kwai ending

Intensity is unable to watch from afar any longer. She had died in the river knife, drawn to meet her fate from the mission. He appears as a vision of death to Nicholson, a literal foreshadowing of the colonels. Own fate was nominated for best supporting Oscar. Seus Hayakawa plays a prisoner of war camp commandant, Colonel Saito, whom we witness throughout the film. His torment is the shame he fears, with the threat of failure hanging over him. In ancient Japan, a samurai would keep his eye on a suicide knife close to his chest, hidden under his armor. When in dishonor, the samurai can redress this wrong by committing seppuku, a ritualistic suicide. The final act says that he places the knife at his hip or sets it down.

We will never truly know for sure if the bridge was completed in his honor. Command intact, he is beginning to move away from thoughts of suicide. But this is his undoing. His pride comes before a fall, and at the moment, he needs it. He reaches the wrong place, and in that instant, the young commando’s choice is upon him. Saito killed him according to his warrior’s code, the bushido. Saito does, however, retain his honor, having died in combat. In this act, Joyce has proven himself to be in his commando role, having hesitated before in both training and performance. In the field of joy still, that killer blow is right. When it mattered, Joyce was trained by a commando group leader, Major Warden. It is his mission to destroy the bride and the train.

Bridge On The River Kwai

It is this line of dialogue that has caused a great deal of controversy over its interpretation. I believe that he is referring to his final mountain drops. He aims it right next to the beach on which Colonel Navy stands with Joyce. When shears laid down, he finished off the last Japanese soldier. At the risk of killing the rest of the allied soldiers, he has to protect the detonator. It is only by chance that Nicholson falls for this; otherwise, once the site is secure, he can destroy the bridge himself. Warden’s frustration at the sacrifice is shown by his desperate filing of the mortar into the valley as the train sighs.

Bridge On The River Kwai Ending

If they had been taken alive, the commandos would most likely have been tortured and killed by the conditions. Nicholson’s command, his blinkered obsession to this end, seems to try to think of the commandos’ demolition attempt. In the final crescendo, the fog of his has saved his men’s lives; the bridge no longer serves its purpose. This raises a second controversy about the ending of this film. Does Colonel Nicholson mean to destroy the bridge? He realized his mistake and moved to correct it. But when it collapses, does his final actor maintain his momentum to finish the saboteur’s mission, or is it just dumb luck? That he collapses upon the plunger, the underlying. The end is the explosion, and the train plunging into the river is captured in this image.