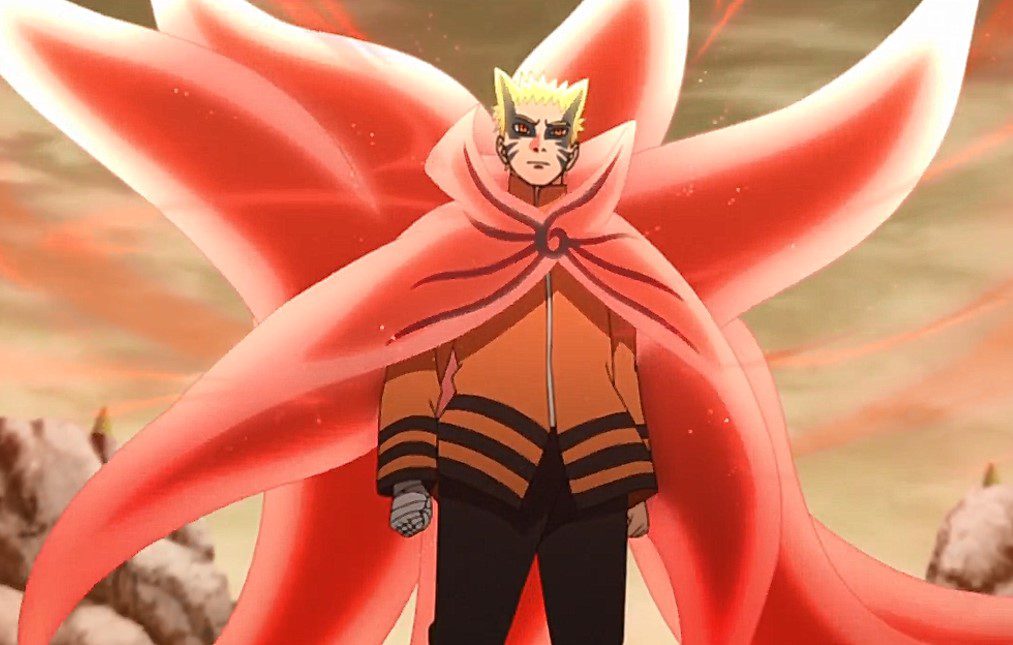 But before dealing with Amado, he has to beat the trio. Isshiki charges at full speed, and the trio gets ready to counter him. Naruto steps forward to smash Issshiki, but Isshiki appears above Naruto, holding Boruto’s neck choke. Isshiki reveals that Boruto is Momoshiki’s Vessel, and he is impressed that Boruto’s Otsutsufication has improved further than he expected. But it might be at 70 or 80 percent complete. Isshiki wonders how much power is within Boruto. Suddenly Sasuke uses his eye and switches position with Boruto. Sasuke unleashes Chidori that makes no impact, and Isshiki kicks him away.

Naruto protects Boruto while Isshiki walks from above towards them. Isshiki told the two that he could easily travel back using Transportation Ninjutsu, but they could fight to entertain him by going back and forth. He vowed to eliminate them here without leaving a trace, and they wouldn’t interfere with his plans. Isshi adds that when Uchiha and the Hokage are out of the picture, he can get his Kawaki back, and the people of the village will surrender. They will reveal where Kawaki’s located.

Naruto tells Isshiki not to underestimate them, and he enters his fighting mode. At Leaf Village, Kawaki wakes up after dreaming about Jigen bestowing Karam on him. He realizes that Jigen told him that Karma is a special mark, and Kawaki’s heart has a hole that will never get filled. Amado talks with him, and Kawaki wonders why this guy is in the same room with him. Amado told Kwaki that while he was unconscious, Isshiki revived and appeared here looking for Kawaki. But there is no need to worry since they are in a safe place. 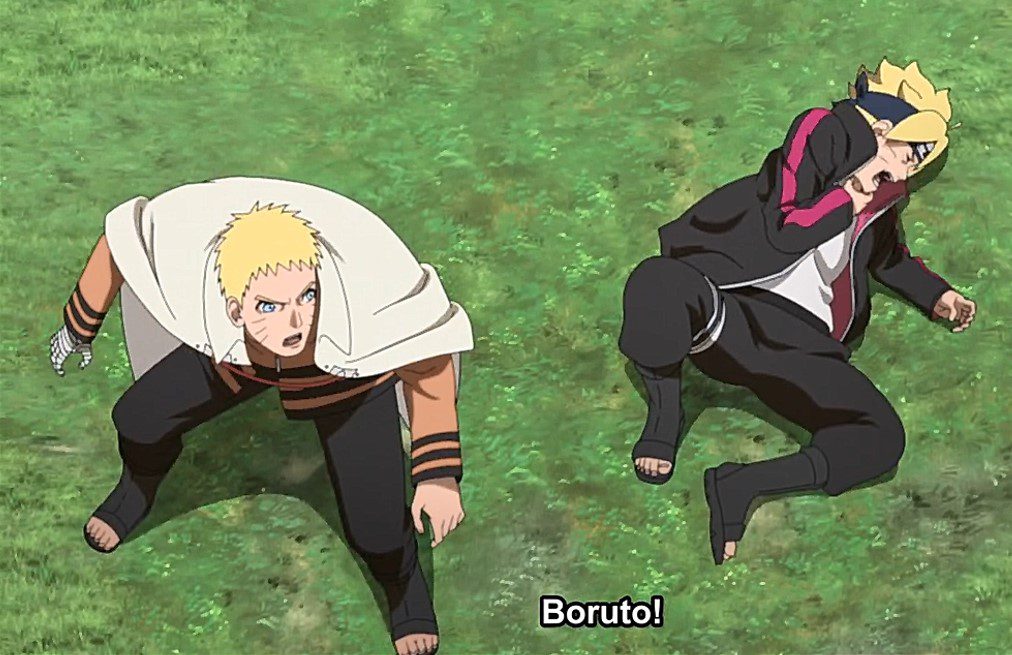 The Hokage, Sasuke, and Boruto are fighting with Isshiki. Shikamaru adds that the trio is in another dimension after Boruto dragged Isshiki there using Transportation Jutsu. Kawaki is surprised that the brat managed to pull the one. But the team is trying to locate them. Kawaki wanted to follow them using his Karma, but he is surprised to find that his Karama has vanished and wonders what has happened. Amado reveals that Kawaki’s Karma was created for Isshiki’s resurrection. Isshiki used Jigen’s Karma to resurrect, and once that happened, the other Karma got deleted.

Shikamaru adds that it means Kawaki is no longer a Vessel. Kawaki believes that there is a reason Isshiki came to Leaf, and he might be planning to implant another Krama on him. Shikamaru admits that, and Kawaki said it means he is not free. Sumire told Kawaki not to worry since Lord Seventh and the others are fighting to stop that. Cut to the battle, Naruto and Sasuke cornered Isshiki, who used the block to stop them, but only Naruto’s clone was destroyed. Naruto formed a pact with Kurama and saved Boruto, who was about to get killed. 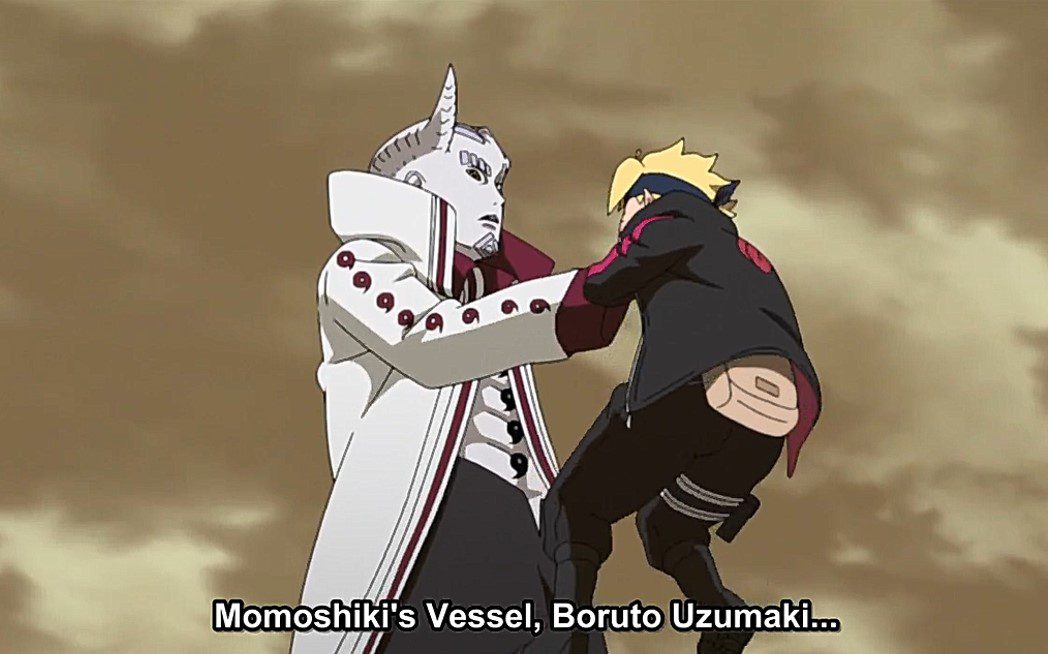 Where To Watch Boruto: Naruto-Next-Generations Episode 217