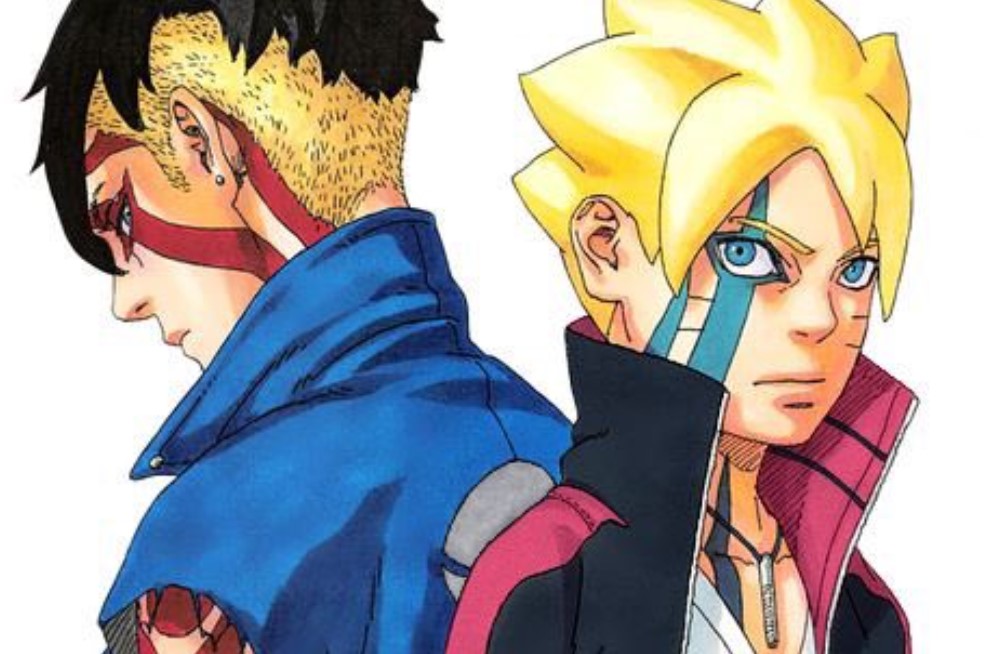 Boruto, Kawaki, Sasuke, and Lord Seventh have come back to the Hidden Leaf Village. Sumire is treating their wounds, and she told Kawaki that he would be resting here. Amado also comments about Kawaki’s wound and cells. Sumire told Kawaki that the injection would sting a little bit. Kawaki replies that he is not a brat that cries over anything. Boruto Naruto Next Generations updates are titled Code. Sumire asks Kawaki about Boruto since he keeps on hanging with him. Kawaki asks Sumire if she likes Boruto.

Sumire told Kawaki not to share it with anyone; they can keep it between them. Kawaki wears his jacket. Amado told him to come next time to examine his hand again. Kawaki replies that it doesn’t matter to him as long as they do their job. He asks Amado if he can go now. Amado said he could, but they will do it next time. Boruto receives some praises for saving the village, and they call him a tiny mighty hero. Shikadai and Sarada are watching Boruto receiving prases from the media.

Sarada comments that it means Team Seven is on indefinite hiatus. She thinks that the rules apply to everyone since there are no missions. The shinobi are bored watching tv without doing anything. They think that completing missions is better than watching tv all day. Mitsuki and Shikadai talk about Boruto’s Karma, and he thinks Shikamaru has plans about it.

Boruto is outside sitting near the Hokage’s faces, and Kawaki arrives. Kawaki notices the kids complementing Boruto. Boruto has become popular in the village. Boruto realizes that he is told that the evil powers will resurrect in his body. After everything is completed, he will become Momoshiki’s vessel. Boruto ignored those statements and talks with Kawaki. He told Kawaki to leave if he has come to make fun of his Karma. Boruto is worried about his Karma, and he is not sure about what to do. 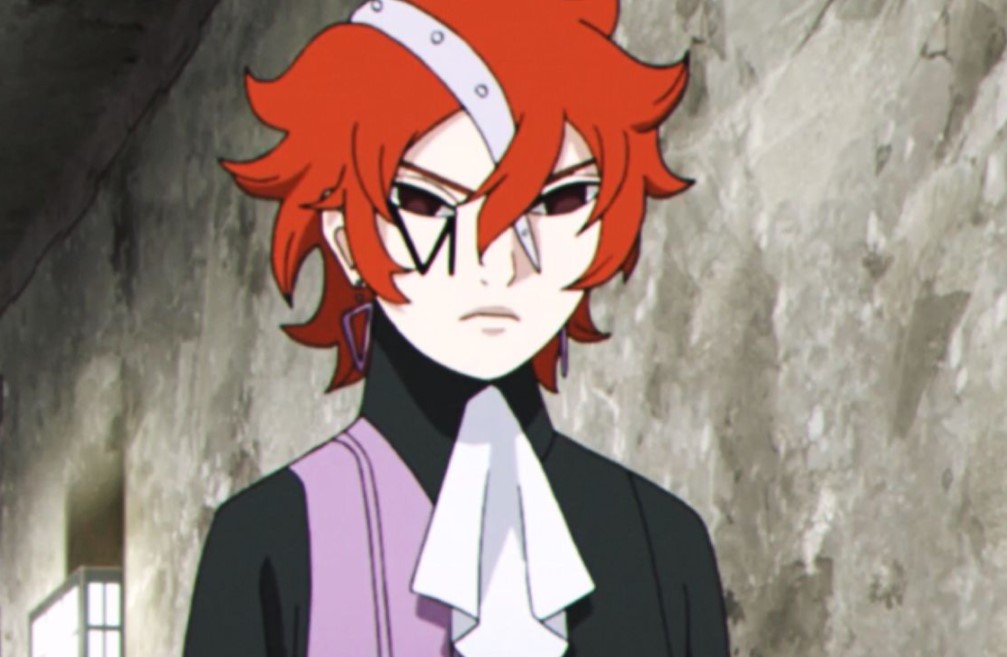 Kawaki reveals that their bodies are 80% of Ohtsutsuki-fied, and Ohtsutsuki’s data extracts Boruto’s Karma. Kawaki told Boruto that he has an idea that Boruto can try to do. He told Boruto to prepare his own vessel and give his Karama to someone else. Boruto is surprised, and Kawaki comments that if Momoshiki resurrects, Boruto might end up disappearing. Boruto is not happy about preparing for his vessels.

Kawaki reveals that if Boruto has his vessels somewhere, he can use them to reincarnate if Momoshiki resurrects. Boruto said it is a crazy theory. He will not give his Karma or make a vessel. He thinks it can’t happen since it includes him sacrificing someone. Kawaki told Boruto that he has someone that he can sacrifice, and his name is Code. He also reveals that Code is the only guy to survive Jigen’s Ritual. Meanwhile, Code is making his move to complete his mission.

At the office, Amado told Naruto about Code. Naruto asks Amado what kind of person is Code. Amado reveals that Code is the last Kara’s liner left. There are still outer who do external work for Kara in different regions, but once all inners are gone, they cease to function. Shikamaru thinks they can eliminate Code since he is the lone survivor of Kara. Amado reveals that Code is on a mission of guarding Ten-Tails in the secured hideout in the other-dimensional space. But they went on high alert after Sasuke infiltrated it. 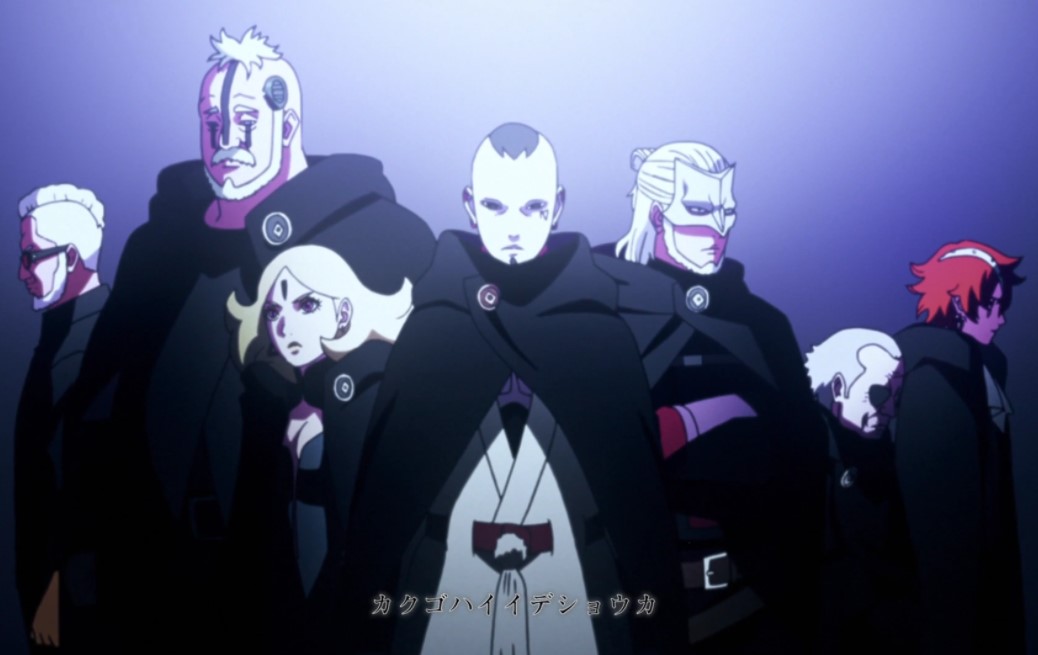 Amado told them about the danger that Ten-Tails poses to the universe. He suggests that they must get rid of Ten-Tail before it is too late. Naruto realizes that Code can travel free between different dimensional spaces. Amado comments that Code doesn’t have space-time Ninjutsu, but other abilities make it possible. Naruto comments that they will do something about Code before Ten-Tails gets misused. Shikamaru said it would help since they will be able to dispose of Ten-Tails when Code is not getting in their way.

Meanwhile, Code has arrived at Boro’s base, and the gatekeepers are refusing for Code to enter. Boruto and Kawaki continue to talk about Jigen’s Ritual. Kawaki explains Jigen’s Ritual, where many kids have given Karma and the ones that fail die. The Ritual is to screen Ohtsutsuki vessel candidates. Kawaki manages to survive, and Jigen gave him Karma.

Code was also part of the Ritual, but it failed, and he survived. Kawaki told Boruto everything about Code. Amado told Naruto how powerful Code is. Boruto told Kawaki that he never plans to implant his Karama on someone. But he agrees since Code is the only one who can survive with or without Karma. Code manages to enter Boro base, and he met with Eida.