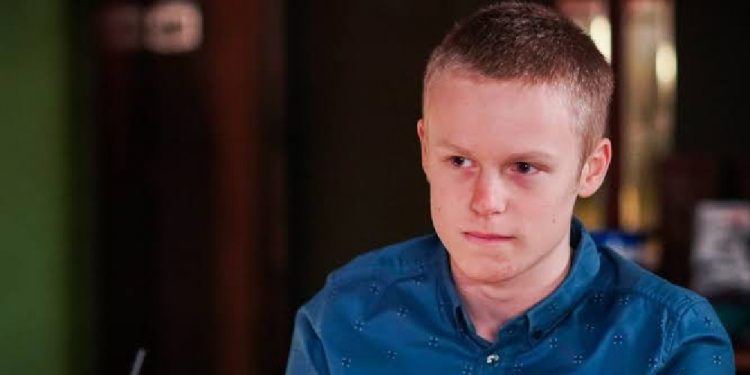 Bobby Beale is one of EastEnders’ most divisive characters, despite the fact that he is just 15 years old. At the age of 11, the young guy murdered Lucy, his half-sister. Kevin Curran, Alex Francis, Rory Stroud, and, most recently, Eliot Carrington have all played the schoolboy. Who is Bobby Beale’s Girlfriend? The show gave birth to Bobby Beale. On July 24, 2003, he made his debut on EastEnders. Although Gary Hobbs (Ricky Groves) was initially thought to be Bobby’s father, Bobby is the son of Ian Beale (Adam Woodyatt) and Laura Beale (Hannah Waterman). Pete and Kathy Beale’s grandchild.

Laura had a drunken romance with Gary, and her husband, Ian got a vasectomy since he didn’t want any more children; therefore, the evidence suggested Gary was the father. Gary’s blood didn’t match Bobby’s when he needed a blood transfusion; thus, Ian was identified as his father. Pat Butcher (Pam St Clement) discovered Bobby’s birth certificate with Ian’s name on it after Laura died after tripping on one of Bobby’s toys and falling down the stairs. Louie, the son of Peter and his long-term lover Lauren Branning, is his nephew. Joe, Bianca, and Lexi are his cousins. In February 2015, Bobby’s primary storyline was one of the show’s most important.

He also claims to own part of the restaurant where they are dining. They become a couple after the date, and Bobby continues to lie about himself. After learning about Bobby’s dark past and the death of his sister Lucy Beale, whom he accidentally killed, the character initially decided to put an end to things. Dana decided to give him a chance after some sensible words from his brother Peter, and romance has flourished ever then.

Also Read: Colin Cowherd’s Net Worth: How Much Does The Sports Media Personality Make?

Barbara Smith, who portrays Dana Monroe on the BBC series EastEnders, is no stranger to Walford. Smith is a British actress who has appeared in films such as I Am Vengeance (2018), Devil’s Redemption (2010), and EastEnders. The actress made her first appearance in the soap in 2019 in an episode about a university open house. On the long-running BBC One show Call the Midwife, she was also the 89th actor to act out a birth. In 2019, she portrayed Ellie, a woman who observed Bex Fowler was having trouble and offered her medicines. But now, like Dana, she’s back on the soap. EastEnders has resumed its normal schedule on BBC One, following a brief hiatus during the summer months due to the BBC’s live sports programming.

How did Bobby Beale kill his sister Lucy?

Bobby’s aggressive side became apparent as he grew older, and he became increasingly violent, killing his own sister. In April 2014, Lucy Beale was murdered, sparking one of the longest Whodunits in soap history. Bobby was finally identified as the murderer in February 2015 during the live broadcast for EastEnders’ 30th anniversary, despite the fact that the entire Square was a suspect. He’d smacked Lucy in the head with a music box before confessing his guilt to Jane, his stepmother. Jane assisted him in covering up the murder and even granted Max Branning to serve time in prison.

Bobby eventually succumbed to his guilt and shoved Jane down the stairs, leaving her for dead. During Martin and Stacey’s wedding, he confessed his sins to everyone in Queen Vic. He was condemned to three years in a juvenile offenders’ institute after a trial. Bobby was released from prison in 2017 and returned to Walford. Bobby’s father, Ian, and brother Peter were not pleased to see him, but his grandmother Kathy greeted him warmly.

About The TV Programme EastEnders:

Eastenders is a well-known British television soap opera that first aired in 1985. It covers the daily lives of residents of the fictional town of Walford and features major actors such as Dame Barbara Windsor. It’s famous for its dramatic Christmas scenes, which are usually staged in Queen Vic. The show celebrated its 35th anniversary in 2020.

Due to a three-month production halt in 2020 due to the COVID-19 pandemic, the show’s transmissions were limited to two 30-minute episodes each week, and the show eventually went off the air. Owing to filming restrictions, the show finally resumed its broadcast on September 7, 2020, with four 20-minute episodes per week. Within eight months of its debut, the show had risen to the top of BARB’s TV ratings and has stayed continuously among the top watched shows in the United Kingdom.

Also Read: Jimmie Johnson’s Net Worth: How Much The American Racing Driver Earns?