In this article, we will delve deep into the Blue Valentine ending and appreciate the movie overall. 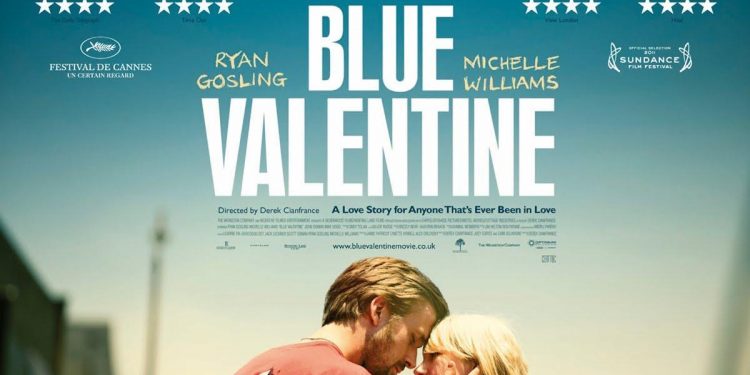 If you love movies that give you a reality check, then you must watch this one. Not only that, the movie could be one of those underrated cinematic genius movies that you find when you dig deep into the world of Cinema. Blue Valentine was released in 2010 and could be considered quite a sad movie till now. Though we have got some more movies in recent times like the Marriage Story and others, this could be considered as one of the firsts in this category. In this article, we will delve deep into the Blue Valentine ending and appreciate the movie overall.

The movie had received quite a good response when it came out. A lot of people still consider this movie to be a part of their top 10 lists. It has a rating of 7.8/10. A lot of critics still talk about the movie as it has managed to portray broken relationships exceptionally. In the end, it is quite difficult to find whose fault the whole thing is. It gives us a deeper insight into human relationships that are not tainted with “happily ever after” and tons of cute moments between the lead couple. The director, Derek Cianfrance had takes extra steps throughout the movie to present it to us.

Before we get into the Blue Valentine ending explained, we need to discuss the plot of the movie to conclude. The movie does not go show us how the relationship grows linearly. We are first introduced to Dean and Cindy as a married couple with their daughter Frankie. It is quite evident that both of them are struggling to keep the relationship alive. This is where we feel curious about them. Then we see them in the flashback as two individuals who are quite different from each other. Dean is a free spirit who does not want to settle down ever, whereas Cindy has high ambitions and wants to check all the boxes in her list.

This is why both of them feel attracted to each other. The “opposites attract” stands quite true for them. Both of them adore each other because of these differences and want to know more about each other. However, we gradually come to know that Cindy was pregnant from her ex-boyfriend Bobby, who was abusive. Though Dean is quite furious at first, he still decides to help her out. However, Cindy could not go through the abortion and wants to keep the child. Dean is in love with her, hence marries her and becomes a good father and husband.

However, the bliss does not stay long. Dean paints houses for a living, and Cindy is a nurse. Now that they are a family, things seem to disintegrate. They feel their parents’ relationship is reflected on them, and things go badly. Cindy is tired of Dean’s ambitionlessness and drinking, and Dean does not understand what went wrong. In the end, we see Dean walking in one direction and Cindy and Frankie in another; right after, they had an argument where they wanted to divorce each other.

As with most of the amazing movies, we are left with an open-end here. This is where our interpretation comes in, will they get a divorce, or will they give each other one more chance just like Dean had begged for? Derek Cianfrance brings in his genius here. He has successfully portrayed a modern relationship where two young people filled with life and vigor gets so entangled up in their problems that they cannot realize when they have fallen apart. We see a stark contrast between the personalities between both the main characters and even in their lives.

When they were young, everything seemed to be so free, however, as they get married and settle down, it seems everything is so claustrophobic. This was also portrayed brilliantly by Cianfrance through various camera angles and lenses. However, the main reason why Dean and Cindy were attracted to each other becomes the very reason why they could not stand each other. Both of them belonged to the opposite side of the spectrum, and this is where Cianfrance breaks the notion of the ideal love. Often we are portrayed that though different, a couple can live happily ever after.

However, a relationship is not always that, it is about what happens when the initial infatuation wears down when the tension and passion resides. Dean was the romantic type who thought that love would be enough to save a relationship. He gave his all for it. Whereas Cindy was rational who, even though gave her dreams up, expected things.

Who is at Fault?

This is where it gets interesting. So, who is to blame for the ending of the relationship? Is it Dean because he could not adhere to Cindy’s standards? Or he used to keep on drinking? Or he was too much in love to settle down and lose himself? However, he did everything in him to give Cindy and Frankie the life they had. He even married Cindy so that she could raise the child. He was there for her through the darkest of times, then what went wrong?

Then is it Cindy? Was she selfish to have expected Dean to have ambitions when she knew that he did even dreamt of that life? Did she care only about herself when she decided not to abort her child? Was she to reject Dean’s offer to marry her just because they were young and she wanted to be a successful doctor? If we were to evaluate both sides, then it becomes quite difficult to exactly point fingers at someone in particular. It feels more like a doomed tale, meant to end. Yet, we never know what happens in the end. This is where we see around us. Some people are still stuck together in a loveless marriage just because they have kids, Cindy’s parents did this, and it affected their children. Some just separate, just like Dean’s mother left him. This, too puts an effect on the children.

In the end, we do not feel any way out and just feel trapped in the existence. Loving with passion and life does not seem to go hand in hand anymore, and we are left to wonder where did we lose that connection with our partner in time.

You can watch Blue Valentine here.