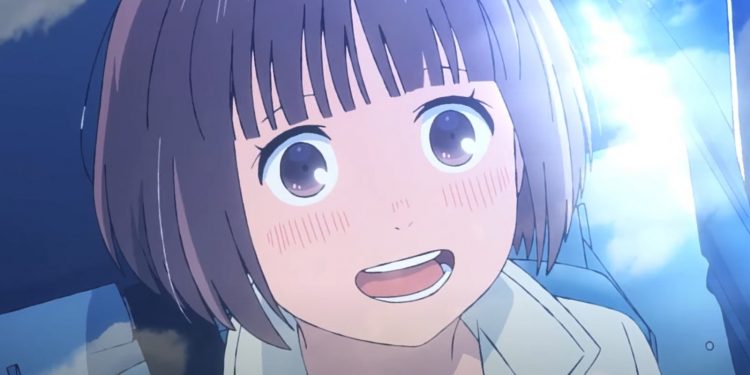 Have you ever heard of Blue Thermal? No, right? Blue Thermal is a manga series written by Kana Ozawa. And it has five volumes that were published from 2015 to 2018. According to the news, it is being said that Blue Thermal Movie is set to come out in 2022. Is it true or not? Let’s find out.

Blue Thermal is the story of Aoyagi University student Tsuru Tamaki. Tsuru Tamaki is a college student, and she is a part of a first-year aeronautical team. And she moved from Nagasaki to Tokyo because she wanted to live a normal college life. Blue Thermal represents the color of the sky, which means Blue Sky. And how this blue sky will help our protagonist to live a normal life. For that, you have to watch the movie so don’t forget to watch it.

Blue Thermal Movie is directed and picturized by Masaki Tachibana, and the script is written by Natsuko Takahashi. Character is designed by Miho Tanano, and music is produced by Shogo Kaita. And the movie is produced by Telecom Animation Film, which is also known for its works with DC Comics, Walt Disney, and Studio Ghibli.

It is originally based on a manga series which is written by Kana Ozawa. Blue Thermal revolves around college life and Aoyagi University, which is particularly admitting new students to Athletic Association Aviation Club. This club is a place where club students learn about aircraft and also about the reality of life.

The story of Blue Thermal movie revolves around the protagonist Tsuru Tamaki who has left her hometown just to learn about gliding and also about aircraft. During the first time, she was afraid, but after looking into the blue sky, her tension was gone away. After that, Tsuru fell in love with the sky. Now, she only wants to fly in the sky.

The story is not only revolved around Tsuru Tamaki. But also around other characters because it has a long list of the star cast. This story will help everyone who believes in the real world more than the unreal world. A plot also tells how people get to experience time when they follow their dreams.

The scene is quite impressive, and you can see the details in the poster. The purpose of making this poster is to relive the life of young Tsuru Tamaki. And tell people why and how she greets her story by comparing it with the sky. The first key visual also describes her relation. And also, her habit of learning by sincerely hearing the advice is given by her senior. And first key visual also attracts the attention of viewers where Tsuru Tamaki performs as a center part of the poster.

According to the official website of Blue Thermal (Japan), the original anime film will be released on March 4, 2022. And you can watch it only in theatres. There’s no official news about releasing on any OTT platforms.