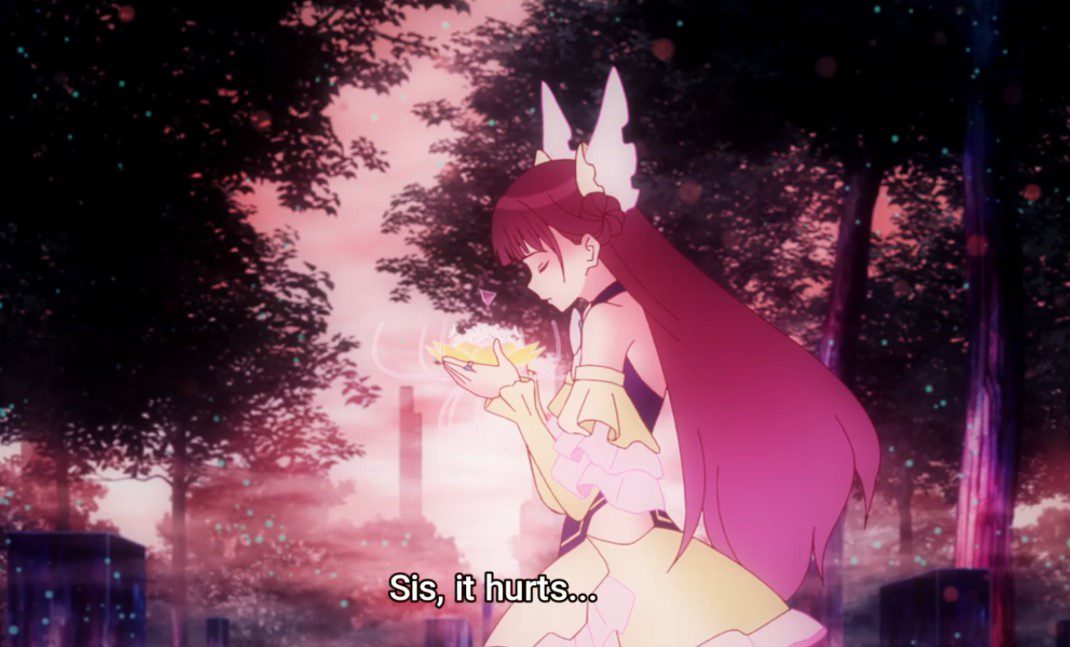 Blue Reflection Ray Episode 19 will release soon; lets’ take a look at the recent updates. Hiori saw the past where she got separated from Mio and believed that she was the problem’s root cause. Hiori told Niina that she is the one to blame and she is the one who killed her sister. Ruka and Miyoka arrive, and Hiori runs away from home. Miyoka asks Niina what hse has done to Hiori. The trio heads home without Hiori, and Niina explained what happened before the two comes. Miyoka scolds Niina for showing Hiori the past and the world that got destroyed. Niina reminds the two that the gate to the Common will get opened, and they are weak to face the truth.

Niina adds that they have to gather the courage; if not, they won’t get the fragment back or save anyone. Hiori walks alone in the street at night and realizes that evil powers once consumed her. Hiori recalls the past and the day she wanted to die since Mio always protects her from evil. She looks around and realizes that everyone is happy and there is peace, but when the war begins, everything will disappear, and the world will get filled with sorrow and pain.

The girls decided to call her home, but she is not picking up since she got distracted by her surroundings. Niina told the girls that Hiori would find her resolve. Ruka decided to follow Hiori, and on her way, she realizes that they have lost Amiru to Mio. During the battle, Ruka witnesses Amiru cooperating with Mio taking the Fragments out of the innocent. Ryoka decided to Mio, and they both accomplish their mission and head to another world using teleportation.

Ruka wonders if that will happen to Hiori, and she might end up joining the other side. At Mio’s HQ, the Reflectors got consumed with darkness and their appearance has changed, and nothing good can change their hearts. Mio told the girls that Amiru changed the goodness in her heart into strength, and that is what echoing within her heart. They also talk about resonating and the gate to the Common.  Ryoka helps Amiru to calm down and make her listen to the music she loves. 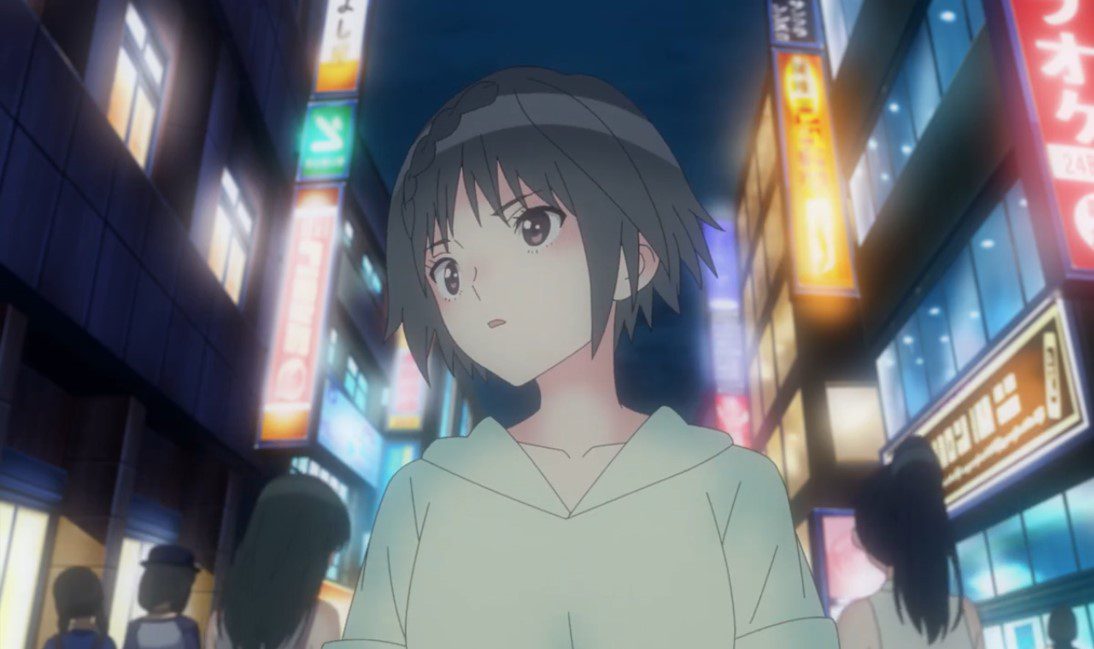 Shino is glad that Mio won’t change, and she sticks to their plans without pitying her sister Hiori. Mio reveals that the strength within Amiru will make the world resonate, and they will witness it when it happens. Mio adds that they will get Hiori’s Fragment when the time comes and set her free since Hiori wants to be in peace. Ruka managed to find Hiori at her favorite spot and realize that Hiori intends to reunite with her sister. Hiori shed tears that she is the reason her sister dies and that the world got destroyed.

Ruka consoled her and took her home. Miyoka calls Ruka and finds that Hiori is sleeping. Niina decided to leave everything to Hiori even though she hates her, doing this for Mio’s happiness. Amiru, Ryoka vs. Hiori, begins the next day, and Hiori wonders why she fights those two. But she wants to protect them and get them back. During the battle, new tremendous powers got to awaken within Hiori. Shino comments that it is the key to open the gate, which is about to open.

Blue Reflection Ray Episode 19 will be released on Saturday, 21 August 2021, at 2:30 AM. This anime has arrived at the final arc stage since this season is about to conclude with four episodes until the episode finale. You can get new episodes on Friday if you are not around Japan. Look at Blue Reflection Ray PV below.