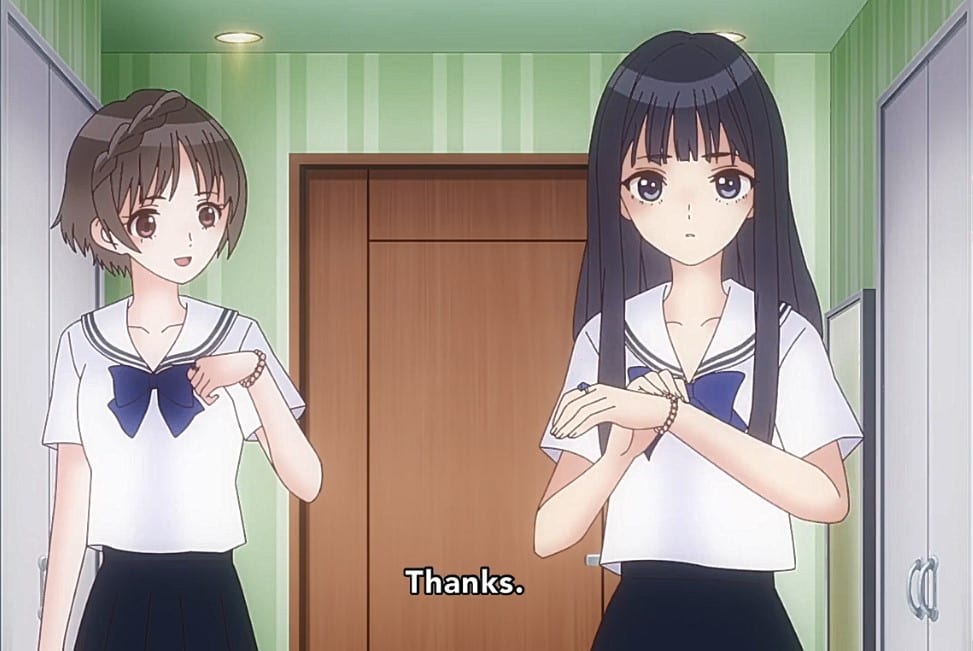 Mio wants to steal new Fragment from the unique Reflector Amiru and create a Common path. Momo got hospitalized, recovering from the blows that she suffered, trying to protect Hiori from Mio. Mio’s side thinks that they will get Amiru before the other Replectors notice. Ruka met with Amiru and Ryoka, talking about Amiru’s feelings. Let’s find what awaits Amiru in Blue Reflection Ray Episode 17. In the morning, Miyako met with Ruka after finishing cleaning the outside yard of the school.

Ruka watched Niina and Hiori fighting over a big suitcase, and Niina insists that she want to leave. Miyako wonders what Ruka is looking at and finds that Niina Yamada is making a scene with Hiori. Hiori is pulling Niina to get back to the school, but Niina refuses. Miyako confronts the two asking why they are making a scene. Hiori beat around the bush and said Niina is too weak, making Miyako accept her. Miyako decided to let her in, and they gave her food. They make her work hard, and Miyako forgets that Niina is not doing well.

Later, Miyako collapse from overworking, and Hiori helps her to recover. Ruka talks with Amiru and Ryoka about their visit, and they decide to come on the next day. The next day the two arrive, and Amru reveals that Ruka is a little fawn. They both enjoy hanging around with Amieru as they welcome her to their team as the new Reflector. When they walk around showing her the dorm, Amiru told the girls about the last academy she attended.  Ruka and Ryoka talk about feelings.

Miyako explains to the girls about the Tsukimiya Girl High School Student Dominotories Map. They both had fun welcoming Amiru as they play around and even throw a memorable party. Ryoka and Ruka talked about Amiru and how they will protect her. They decided to become partners to fight against the evil that might invade Amiru’s life. In the evening, Ryoka and Amiru went to bed and talk about something. They are glad that they are getting along with others. Amiru wishes that it is all of them forever without getting separated. 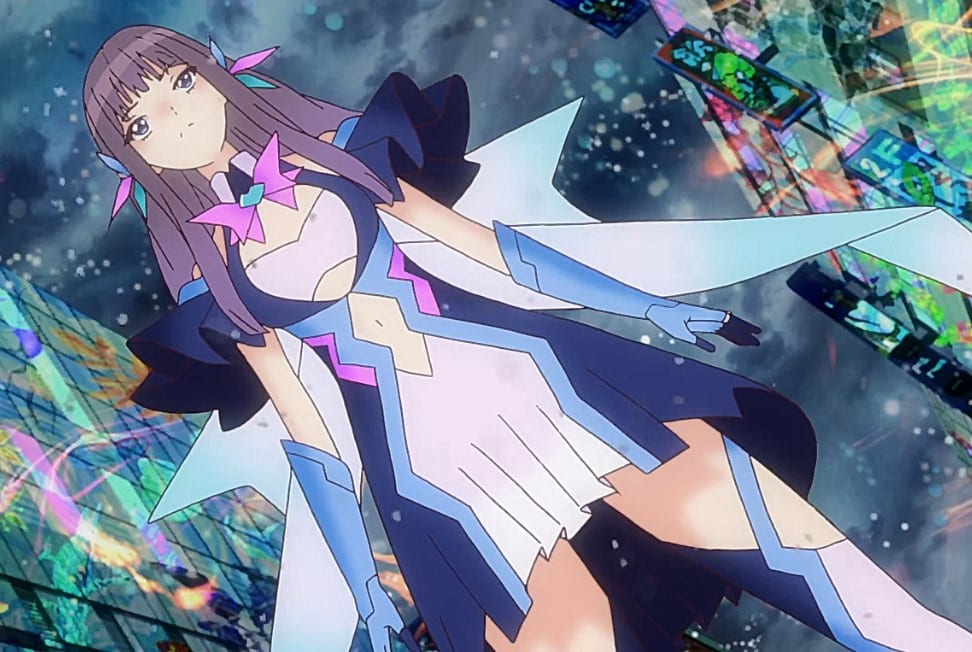 Ryoka is glad that Ruka is helping them and wonders why she can’t stay the same; the two decided to go out together. She promised Amiru that she would stay with her forever. Amiru is worried that Ryoka is about to date someone, and she will spend most of her time alone. Ryoka promised her that she would be around her all the time. Amiru is excited to hear that, and she will do the same. In the middle of the night, Mio arrives and floats mid-air near the window. Ryoka asks her who she is, and Mio replies that she wants her sadness.

In the morning, the girls talk about the Common and the feeling. They discover that Lime and Yuzuki Shijou is in the Common. Miyoka thinks that the two know something about returning someones’ feelings. They realize that they have to save Momo to help them battle when the Common gate opens. Miyako reveals that Lime and Yuzuki are the guardians of the Common. Later they battle with another Reflector and find the truth about the girl who lives in a world of Lies. Amiru got taken away after Hiori, and her team gets defeated.

Blue Reflection Ray Episode 17 release date is Saturday, 6 August 2021, at 2:30 AM. The anime Blue Reflection Ray will release a new episode every Saturday. The anime will air on Friday in different countries; make sure to convert the Japan time and get the latest episode as soon as it airs. This anime will conclude soon with only six episodes left; take a look at the following.