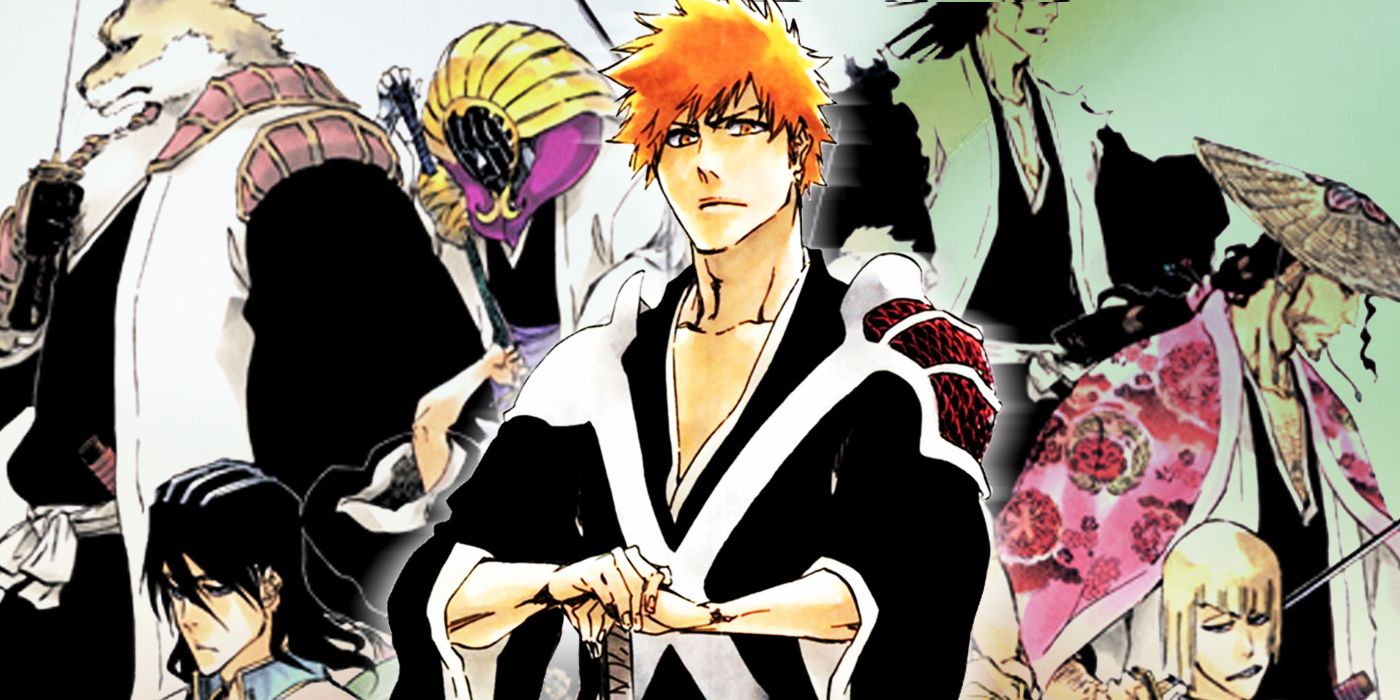 Bleach Characters Birthdays. Have you seen Bleach yet? If you are new to this fandom, then only it is possible that you are unaware of this classic anime series. Bleach is one of those old and classic anime series that is a must-watch. If you like to watch shonen and shinigami stuff, then Bleach is for you. However, here we got a list of birthdays of the main characters of Bleach. The list not only contains the birthdays; there will be their respective powers, personalities, and appearance. So, this will be a complete spoiler article if you haven’t watched or read Bleach yet.

Bleach – a quite weird name we got here. So, let me tell you, the writer of this Japanese manga series – Tite Kubo, wanted to name it Black. Why black? Just because of the colors of clothes characters are wearing. But decided to name the opposite, but not as white. He decide to name his manga Bleach because it sounded more generic. The manga was initially released on 7 August 2001 and ended on 22 August 2016. Later, the manga was adapted into anime series that dropped out on 5 October 2004 and ended on 27 March 2012. However, the anime series is yet to be completed, with the last Arc, which is expected to drop out somewhere in 2022. Without wasting any more time, let’s jump to the list of Bleach Characters Birthdays.

ALSO READ: In what episode does Ichigo use Bankai for the first time In Bleach?

The anime and manga of Bleach are from the genre of shonen and shinigami. The plot goes around the life of a high school boy named Ichigo Kurosaki, who is has a superpower to talk and see the ghosts and souls. Unaware of his background, he is living a quiet normal life as a human. Until when one fateful day, he met a shinigami from soul society named Rukia Kuchiki. The rest of the story covers a lot of interesting stuff. The list below contains the birthdays of only major characters, in my opinion. Let’s see your favorite character made it into the list or not.

The very first name on our list is the protagonist of the series. Ichigo Kurosaki, a tall, young orange-haired boy. His orange-haired feature made him distinguishable among the folks. After getting into soul society and becoming a substitute shinigami, he made himself more muscular, strong, and of course, handsome. At a young age, he used to be a very happy and joyful boy, but after he lost his mother because of an accident, he became somewhat gloomy and determined to protect everyone he loves. When he turns into a shinigami, he comes into a black attire – a black kimono. All shinigami yield a sword called Zanpakuto. Ichigo’s zanpakuto is called Zangetsu. His zanpakuto’s size is bigger than any other shinigami ever existed, which says all about him being super powerful. By the end of the series, he gets married to Orihime Inoue, and they together have a son, Kazui Kurosaki.

The last of the manga was a roller coaster ride for Ichigo. His previous enemies became his new allies, his previous Zanpakuto turned out to be the enemy he is currently fighting, and his current enemy turned out to be his long-lost godfather. In TYBW Arc, he discovered the real identity of his Zanpakuto and also discovered that his mother was a Quincy that was going to get married to Uryu’s father. Crazy no? The thousand-year blood war Arc is indeed interesting.

Rukia Kuchiki is the very first shinigami that we came across in the series Bleach. This fact made her the second most important character of Bleach. She is a short heightened, black-haired, purple-eyed, petite girl. She is kind and polite and was adopted by Byakuya Kuchiki as his sister because of her high resemblance with Bakayuka’s last wife. It is best to say that Rukia is sister Hisana, Byakuya’s late wife. She yields a zanpakuto named Sode no shirayuki, which is an ice type zanpakuto and the most beautiful zanpakuto in the whole soul society. Other than this she is an expert of many techniques like shunpo, hakudo, kido, and what not. Throughout the series, Rukia doesn’t use her Bankai because of its highly destructive abilities. Later, in the TYBW Arc, she unleashes her Bankai, and the view is indeed beautifully dangerous.

Rukia was found by Byakuya in the Rukongai district of soul society among the common people. Her life changed after she was adopted by him. She was then admitted to a Shino Academy, and from there, she trained and became a Soul Reaper. At the end of the Thousand-Year Bood War Arc, she became the captain of the 13th Division.

He has an average height and a slender build body. He is one of the major characters as he is one of those we will meet outside the soul society, that is, in the world of the living. He is black-haired, fair-skin, and has blue eyes. In the whole series, we can witness Uryu wearing white clothes unless it is their school uniform. He is a friend of Ichigo and also his classmate. In addition to his appearance, he also wears sleek glasses, which makes him look quite serious. He remains quiet and usually acts cool around people. You also have some different skills and have a good hand in stitching.

Throughout the series, fans were busy shipping Ichigo with Rukia, but this girl right here took the limelight. Orihime Inoue is a very beautiful ginger-headed human girl living in Karakura Town. She is one of the friends of Ichigo and his classmates. She has long hair but has the slender yet curvaceous figure for a teenager. Inoue is a very friendly, humorous, optimistic, yet sensitive girl. She is a typical girl, who has great looks, is humble and polite, and scores great makes in school. She has a hairpin which is called the Shun Shun Rikka, the six flowers of hibiscus. The hairpin consists of six spiritual powers that reside within the hairpin. The spiritual entities are the physical manifestation of Inoue’s spiritual powers.

Her powers work more or less like a Zanpakuto as her powers are influenced by her own self. Through her powers, she can heal, protect by making a shield, and can attack if needed. Later, at the end of the manga, she gets married to Ichigo.

Yasutora Sado, better known as Chad, is also one of Ichigo’s human friends living in a world of the living. By profession, he is a boxer and participates in tournaments. Being a boxer, he has a tall, muscular build body. He is of Mexican and Japanese descent. He is dark-skinned and has defined cheekbones. He is a very quiet person and sometimes becomes the subject of jokes and bullies within their group. Although being all buffed up, he has a soft spot for cute and small things like small animals. As for his powers, he has quite a lot of natural human power, which is overwhelming in the case of a human. He is also very well capable of using the power of fullbring. The technique Brazo Derecha De Gigante creates armor on his left hand enhances his overwhelming ready powers.

However, throughout the series, Sado’s power was not that much strong. His powers came in the limelight with all the new profound elements in the Fullbringer Arc. The Fullbringer Arc was the last Arc of the anime, which means you will witness his full power by the end of the anime.

Renji Abarai is the second shinigami we came across in the series Bleach. At the bringing of the anime, he was in the 6th seat of Gotei 11, later he became lieutenant of the 6th Division under the Captianship of Byakuya Kuchiki. He is a tall and good-looking red-haired boy with brown eyes. As for his personality traits, he is dynamic and unpredictable. His personality contains the traits of being smug and cocky. He gets really depressed and disheartened after any defeat. He yields a zanpakuto named Zabimaru, which contains the power snake and a monkey. He didn’t reveal his true Bankai until it was TYBW Arc. Through his Bankai, he can make long-range attacks which is quite useful in combat where he needs to keep his distance from his enemy. Later in the series is gets married to Rukia Kuchiki.

A shinigami cannot become a captain unless he discovers and masters his Bankai. After he found and mastered his Bankai, at the end of TYBW Arc, he became the captain of the 6th Division of Gotei 13.

The whole series of Bleach contains some exceptionally powerful characters, which are also important in certain arcs. The list above contains the characters who remain constant and consistent throughout the series. The Bleach manga is available to read on Viz Media, and the anime series is available to stream on Funimation.

ALSO READ: How Many Episodes Are There in Bleach?