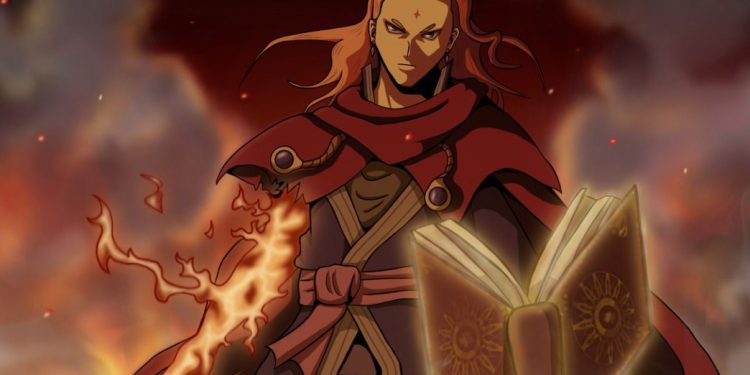 They are worried about the Gravity Magic that pins them with them. Back inside the castle, Lucks told another that he saw the Golden Dawn Captain and Captain Yami. They decided to break the spell and free Yami along with William. The King of Supreme Devils attacks them, trying to stop them from reaching the Captains. But the Ultra Black Bull fight back. Nacht transforms into a Devil after learning that Lucifero fused with Qliphoth. Lucifero uses the vessels to manifest, but Yami and William are trapped within the vessel. Nacht is glad Luficero’s manifestation is not complete, and they have time to save the Captains.

Vanessa knows that Rogue’s power is insufficient, but they have to protect the central area. They decided to work quickly before the King of Supreme Devils reached 100%. Mereoleona and Fugeleona released two Flaming Dragons that burned the High-Ranked Devils into ashes outside the castle. They have become a great duo and landed multiple attacks. The Black Bulls and Ultra Black Bull attack simultaneously while mixing their combos inside the castle. The Gravity Magic continues to increase, but Fugeleona and Mereoleona stay on their feet.

The battle has taken an intense level with more massive explosions and bang attacks. The Knights think that the Gravity Magic can kill them any time and wonder who would save them. The Black Bulls are confident that this will be over soon, and Asta appears from the top, ready to land the killer blows since he has restored his powers and Liebe’s powers. He heard someone saying Asta, and Asta took out Yami’s Katana. After seeing Asta, the Magic Knight gets excited and knows that the battle’s outcome will change. Mereoleona and Fugeleona face the new Devils that have come out and smile since they believe they are not on their level.

Black Clover Chapter 316 will be released on 12 December 2021. The Ultra Giant showdown continues in the next chapter. Fugeleona and Mereleons vs. the High-Ranked Devils will also continue. The Black Bulls are ready to take their Captains home after defeating all the Devils. After the war, the Underworld will be closed. Let’s look at Black Clover Chapter 316 official details.

Also Read: Ha Satcha vs. Ha Cheonhee In Chapter 521 of Tower Of God.