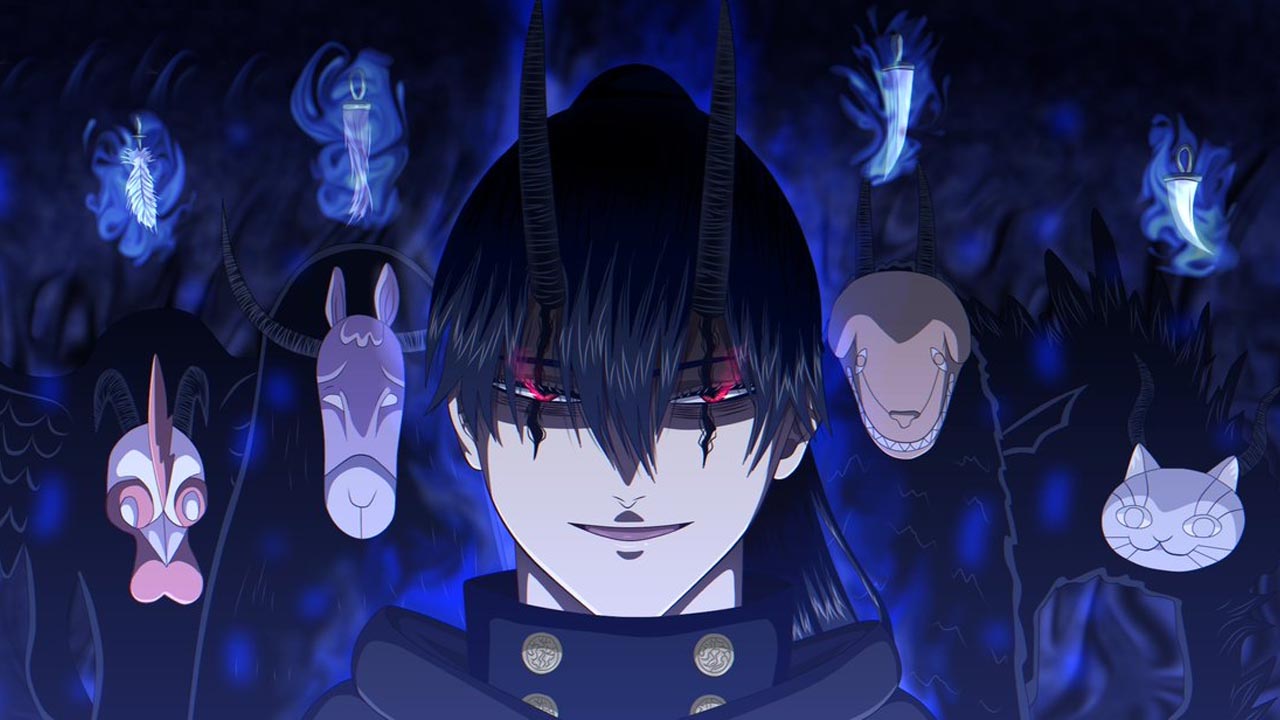 The Dark Triad members have gone their ways to collect the arcane stage mages to create the Tree of Quiploth. While they are away, a mysterious figure seems to be looming in and around the Spade Kingdom Castle. Seemingly a person trying to find out the Dark Triad’s plans, he looks over Dante’s table. Here, he finds and reads regarding the Tree of Quiploth when he is interrupted by a guard. This man is a peculiar Shadow magic as he goes into his own Shadow taking the guard out. And as he walks out, we see a glimpse of a logo at his waist, surprisingly it was of the Black Bulls. And for anime-only watchers, this person is a complete mystery. SPOILER WARNING, as this person’s name, is Nacht, who will soon be introduced in the anime as well.

You can read the Black Clover Manga on Viz and watch the anime on Crunchyroll. In this article, we will see who is Nacht? What is his connection to Black Bulls? And what are his abilities? 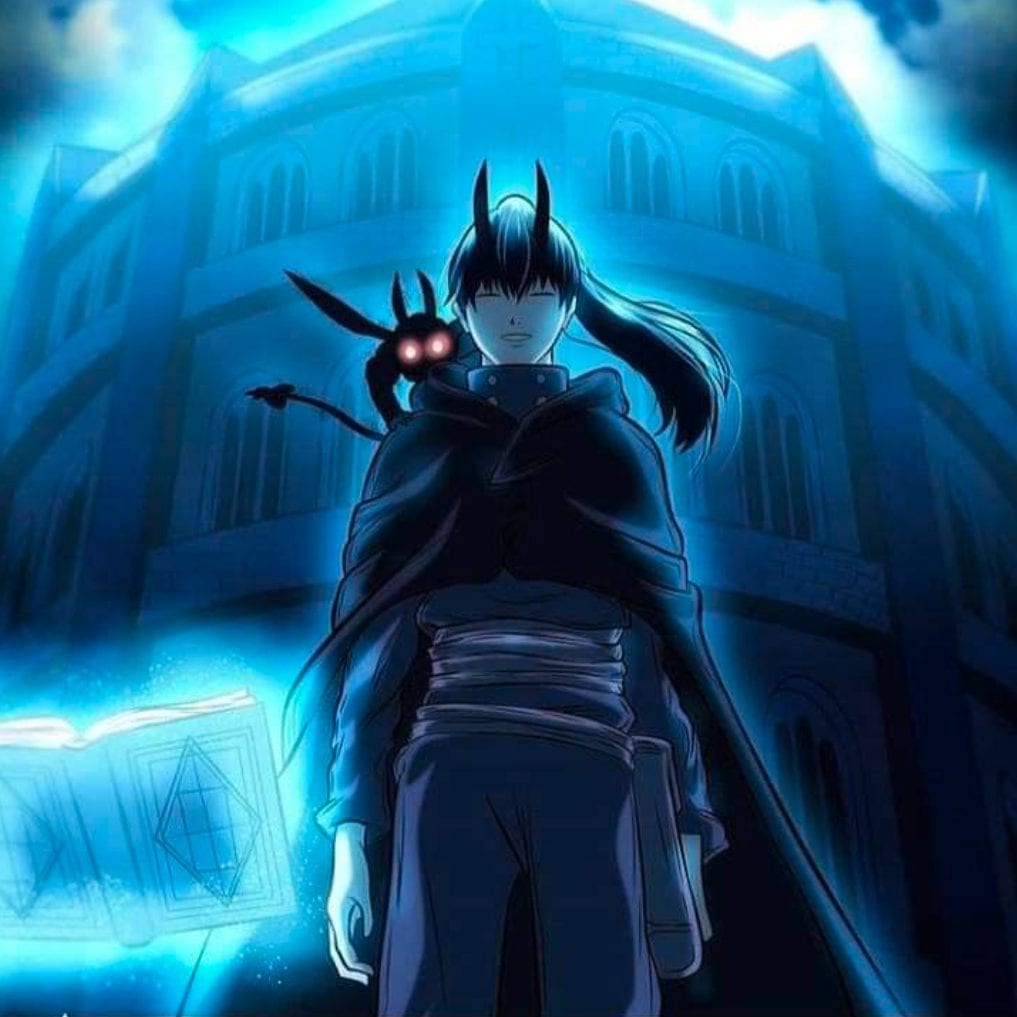 Nacht introducing himself to Asta.

Nacht Faust is the arbitrarily named vice-captain of the Black Bull squad by Yami Sukehiro. He is a Magic Knight who was formerly a member of the Julius Novachrono squad, Grey Deer. He too is a devil host, but unlike others, he has 4 devils. Unknown to the viewers or readers, he had been working as a spy for the Clover Kingdom within the Spade Kingdom.

We truly get an introduction to him after the great battle ends. The situation had become dire as there was widespread destruction caused by it. Yami had been taken captive while Asta was injured. Asta sees a brand new page in his grimoire with Yami’s sword coming out of it. This reminds him of his helplessness and therefore runs out to help his captain. As he was in the hallway, he is stopped by a mysterious man. He criticizes Yami while also pointing out Asta’s inability to save him. Asta becomes enraged to try and attack him when he is pinned down by several shadowy hands. Then the reveal is finally made where the Shadow Magic-user is introduced to be Nacht, the vice-captain of Black Bulls, and a Devil Host. He further offers Asta to train him to use his Devil powers, making him powerful enough to save Yami. 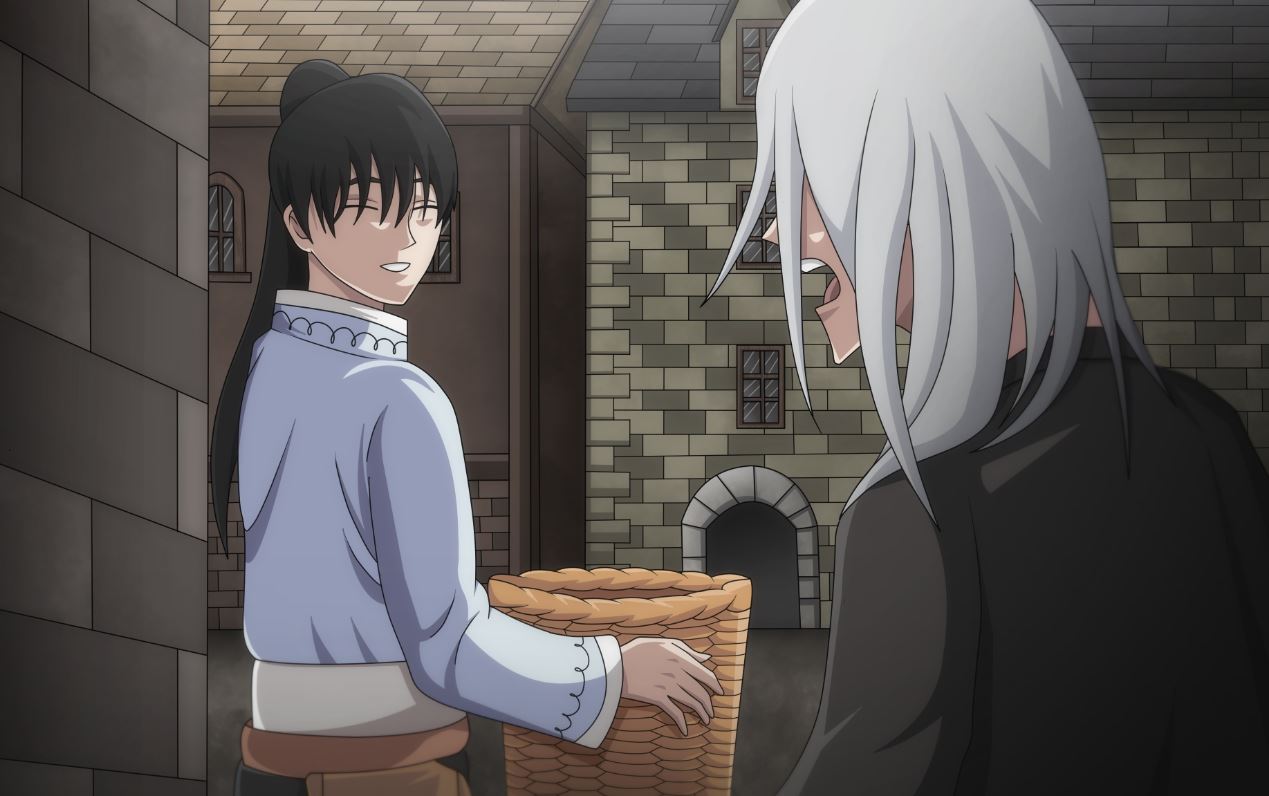 Nacht with his brother.

Not much is know about Nacht’s heritage except that, he might be a Royal. This is only a given from how he trash talks to Magna for being a peasant. We even see a glimpse of his past where he is chided by his brother for visiting people and bringing them food. Another clue of him being a royal was, for Asta’s training and Devil Union, Nacht brings him to a destroyed castle. The fact that Nacht knew of this place shows how he seems to be connected to this place.

As mentioned earlier, Nacht was formerly A Member Of The Grey Deer Squad. When the Magic Knight Captains have a meeting, Nacht barges in with Asta. Here, as the Captains move to attack him, Nacht stops them using his devils. Just then, Julius vouches for him saying that he in fact the Vice-Captain of the Black Bulls Squad. And also how at a time, he was a member of the Grey Deer Squad under Julius and worked alongside Yami and William. This is even confirmed as Jack the Ripper is also able to recognize him. 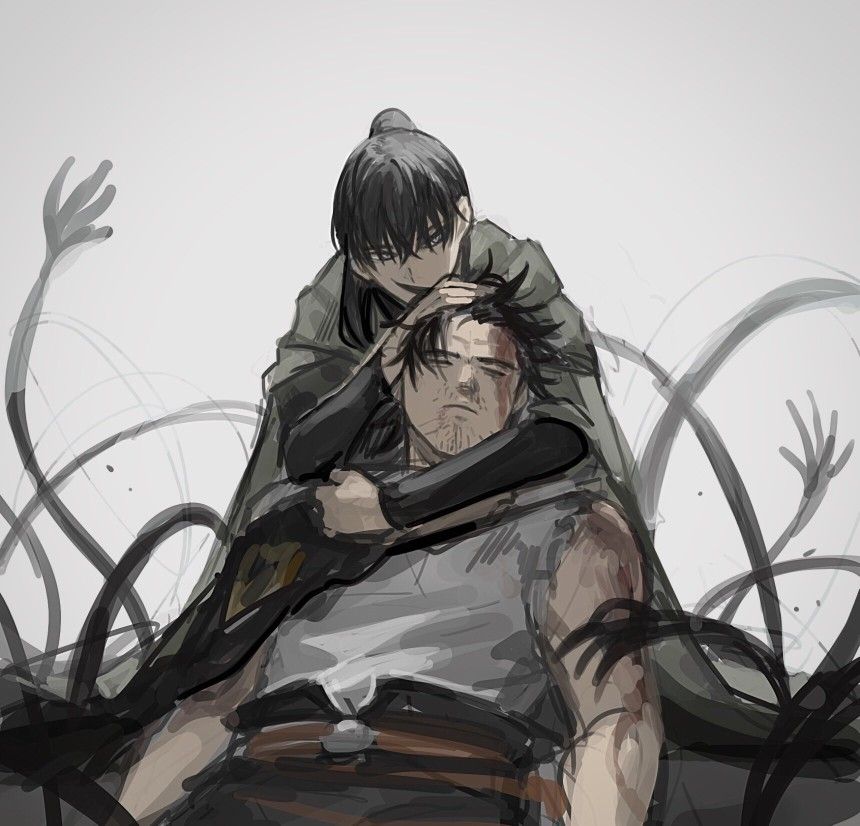 Yami is a person who tends to pick his members seeing their personalities, drive or actions. So, it is presumed that every one of his members is inherently good. So, it should be a given that Yami would appoint the position of Vice-Captain to a person he trusts the most. But, that is not how Nacht feels. Coming to the point directly, Nacht does not like Yami Sukehiro. He resents being given the position of the Black Bull’s vice-captain arbitrarily. His hate for Yami is the reason why he has only ever been to the base once. Even though, he seems to have a liking for Asta, his hate for Yami seems to irk him whenever he sees a resemblance in Asta’s moves and beliefs to Yami’s.

A reason why Nacht was chosen could come from his heritage. As we know, every Clover Kingdom citizen has a grimoire with the Clover symbol on it. But, that ain’t the case for Nacht as his grimoire is symbol-less. Yami is from the Land of the Rising Sun (Japan), which in the Black Clover universe, is dubbed to be the Hino Country. Similarly, the name Nacht is a german one that means “night” which matches with Yami’s which means “Dark.” So, being a foreigner might be the reason why Yami recruited Nacht as his Vice-Captain.

Like mentioned earlier, Nacht has been a spy in the Spade Kingdom. This could be prominently due to his shadow magic. When Nacht visits the Black Bulls’ base, he is able to recognize all of its members. He is able to spot all their flaws while even mentioning their backgrounds. He trash-talks all of them calling them “good for nothing” people. Considering Nacht has only ever been to the base once meant that he had been spying on all of the members. He even tells Asta how he was able to watch all of his battles from the very beginning. 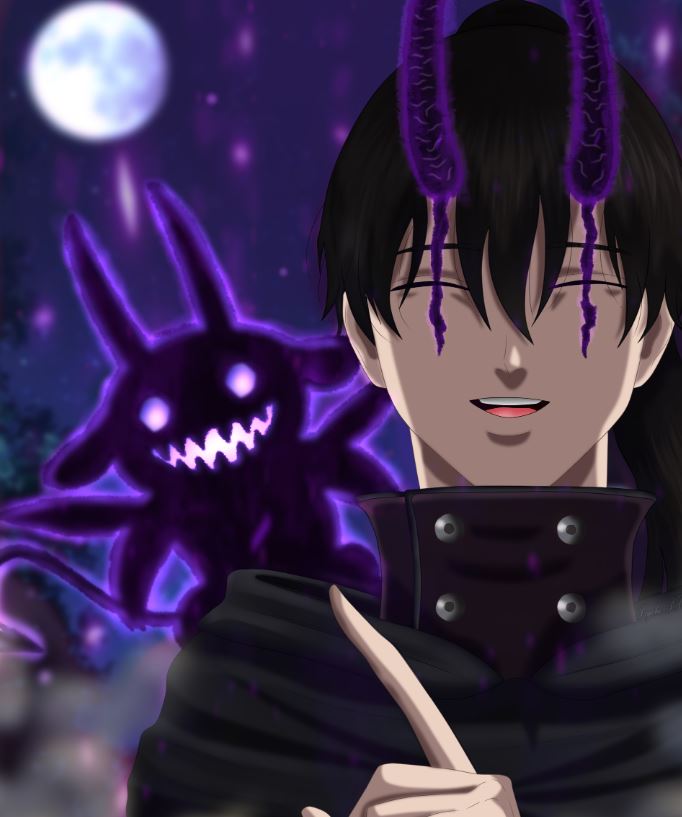 Nacht has a pragmatic personality.

Nacht is quite a practical and logical person. He is not shy from expressing his thoughts freely as he even tells Asta that losing a fight is the loser’s own fault and considers losers to be idiots. He does not mind confronting people regarding his like or dislike for them as he was even unafraid of expressing his dislike of all the Magic Knight captains to their faces. According to his ideology, something is only good if it is good from the start. Meanwhile, something bad which decides to flip to the good side is bad is inherently and ultimately bad even then. He feels that a few good actions at the present are not good enough to overshadow one’s terrible past. According to what we know, back in his time in Grey Deer, Nacht was quite jovial but his time in the Spade Kingdom has changed him. 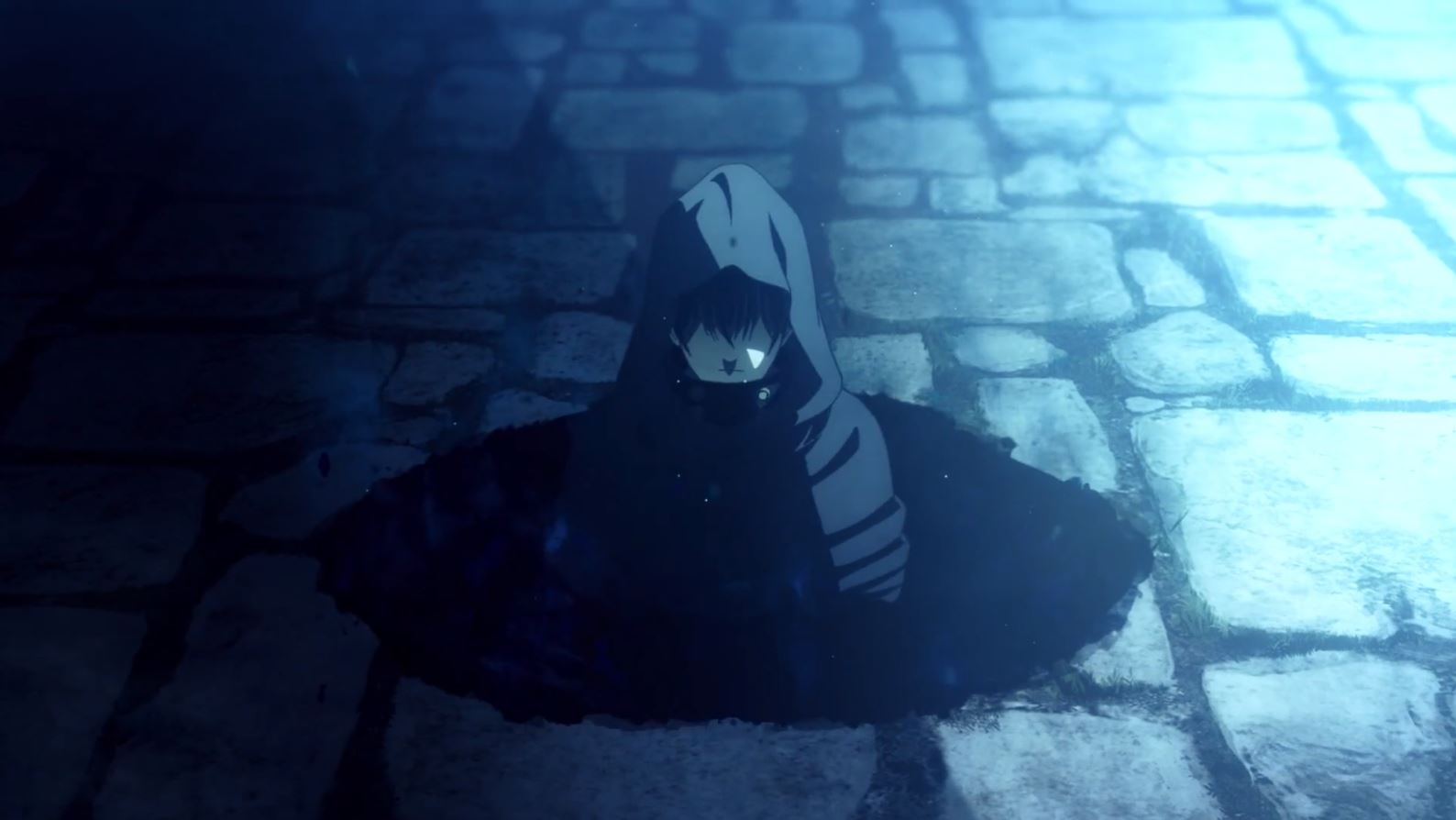 When Jack saw Nacht in the meeting, he is quick to point out how his magic used to be different back in the day. Nacht reverts saying that person is gone and the person in front of him is what remains. This could mean, how we saw with Mars, Nacht could have done something with himself to imbue the Shadow Magic within him to achieve his goals. This could also mean that he may still have his inherent ability within him.

As for his Shadow Magic, he uses it to manipulate shadows. He is able to move into different shadows while slipping in and out of them. He can immobilize his opponents by stepping into their shadows and even pull them into them. With this power, he is able to multiple things making him ideal for reconnaissance missions. His ability to move between shadows essentially provides him with the ability to teleport. So, being cunning as he is, he may use this ability to the best of its advantages. 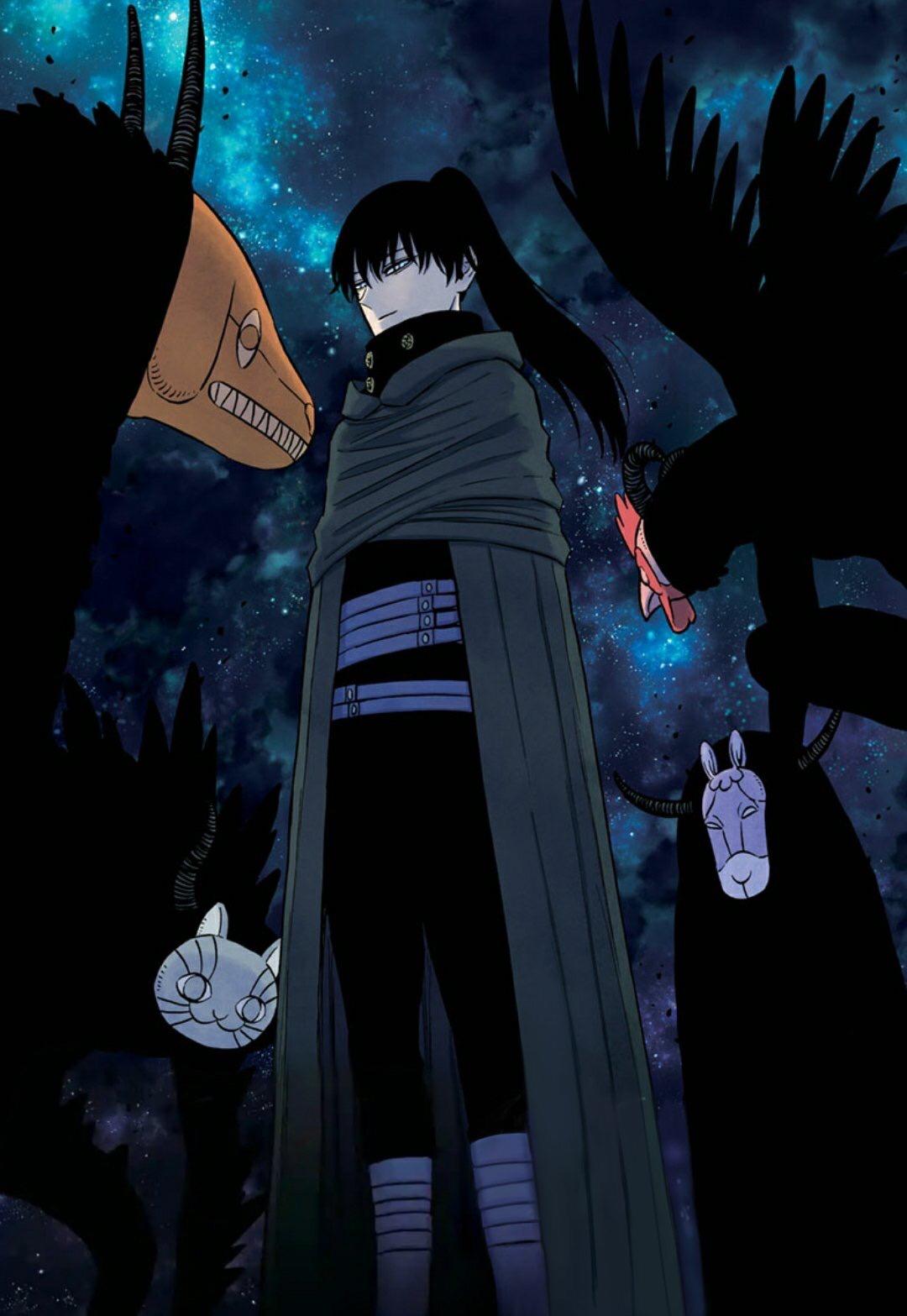 Nacht makes use of four devils.

Pretty apparent from the horns on his head, Nacht is also a devil host like Asta. Nacht is bonded with four devils all of them which grant him different powers and abilities. He makes use of four different relics to temporarily summon them into the living world. As they appear, they could be in the large masked beast form or small forms of themselves.

The four of his devils are Gimodelo, Slotos, Plumede, and an unnamed rooster-like devil. He can unite with all four of them giving him different Devil Union forms and abilities. Gimodelo is a devil who usually stays at Nacht’s shoulders while uniting with him gives Nacht the ability to summon clones from his shadows. The Devil Union form with Gimodelo is called Unite Mode: Canis. Gimodelo seems to be derived from a dog as his larger beast form has an orange dog-like mask and his ability is called Pack. 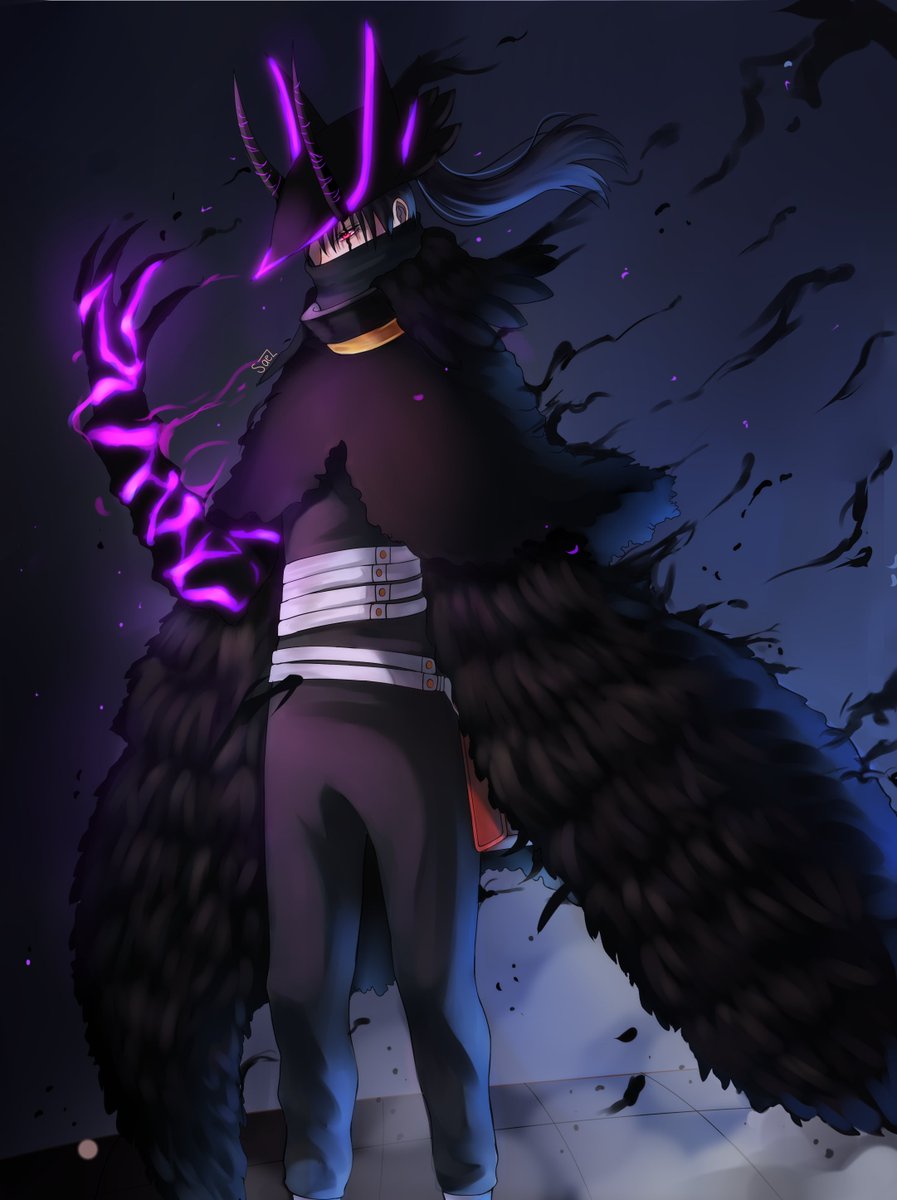 Slotos seems to be based on a horse which can be seen from his horse-like purple mask. While performing Devil Union with Slotos, Nacht’s form is called Unite Mode: Equus. This mode gives him incredible strength and resilience which is strong enough to resist the force of gravity put up by Dante.

Plumede seems to be based on a cat which is apparent from his grey cat mask. During Devil Union with Plumede, Nacht’s form is called Unite Mode: Felis. This mode gives him increased agility and physical speed like that of a cat. While his last Devil is unnamed and not much is known about him, he looks like a rooster and his abilities are yet unknown.