Bing Bing Bong Song has become something on the internet. People are making memes, sharing stories following the hashtag Bing Bong. What it is? 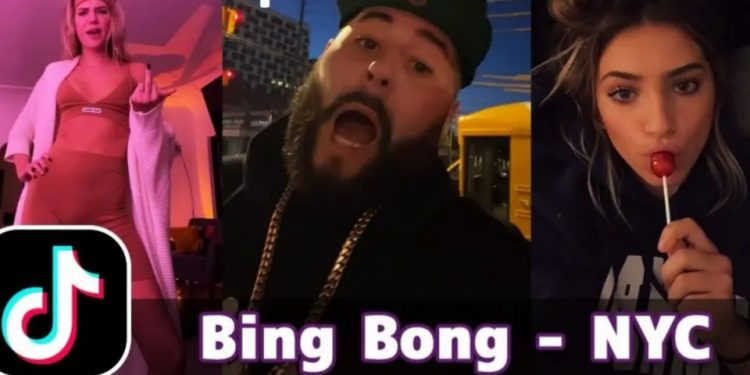 What’s the new Bing Bing Bong Song trend on Tiktok all about? When it comes to the said platform, different videos go viral and get the attention of the viewers out of nowhere. If you are using Tiktok daily, spending hours on it, you must be a bit aware of this new Bing Bong trend. These days, people all over the platform are shouting ‘Bing Bong,’ but why?

With this new trend on Tiktok, it seems like the battle cry for the New York Knicks has started. It has been taken from a video of a fan. He was celebrating the win of the Knicks in the 2021 season. It’s not just a single video. We can see the fans celebrating the win, and different videos saying Bing Bong is getting viral. Following the trend, there are several memes as well getting circulated these days. In today’s article, we shall explain this new Bing Bing Bong Song trend on Tiktok. If you aren’t aware of this and want to know further, without delay, go ahead and get into this article.

Also read: Who is The Train Guy On TikTok? Did He Quit His Job For Transporting?

It was on 22 October 2021 when the Knicks won the match, playing against the Boston Celtics. The match was held at Madison Sq. Garden. On the win, the fans have gone crazy and are celebrating it hugely. Several videos featuring the win of the Knicks are getting viral where people are shouting Bing Bong. The first video for which the trend has started was titled Knicks Season Opener. The Bing Bing Bong Song was sung by Jordie Bloom, who is one of the biggest fans of the New York Knicks. And that’s the video that got viral and was taken by Trent Simonian and Jack Bryne. It has become a thing on social media. This new trend hasn’t been limited to Tiktok but also on Twitter. If you search the phrase on the latter platform, several videos and memes will appear to you on the front page.

This guy has named his Twitter account as BingBongGuy, living in Greenwich Village. He is 26 years old. It seems like he is that crazy fan of Knicks making the video viral over the internet. Looking into his craziness and love for the team, his friends also call him the same.

Derivation of Bing Bong Song & Use of the trend

When Jordie Bloom was asked about the derivation of the song phrase, he stated that it had been taken from the subway doors when closing. It’s more like Bing Bong.

Moving on, with the use of this trend. People nowadays often use Bing Bong for cheering up their loved ones for their victories. Be it a major life challenge, or any match or anything. Similarly, a Tiktok user called Breanna Wainscott shared the story of how she lost her lover after welcoming a baby. That particular video has garnered more than 30 million views. That’s a life challenge! People need to share the stories of their accomplishments in life, followed by the new trend #BingBong.

Also read: LTR On TikTok: What Is The Dating Trend About?

With the increase in popularity of this new trend, people are not only making memes but also recreating videos in that song. It seems like the fans are enjoying the new Bing Bing Bong Song. Though it sounds quite funny, it is surely something that is making people go crazy. Till now, it has had a positive influence on people. Also, various stories of different people are coming into the limelight.

A single video has made this Bing Bong phrase a great thing on the internet. We never know when and what goes viral over the internet. It can be anything and can happen at any time. We shall update you all with the upcoming new Tiktok trends as soon as it comes up. Thank you for reading till the end. Why don’t you share some of your accomplishments or any victory story followed by the same hashtag?

Also read: How To Get The Pregnancy Test Filter On TikTok? The Trend Explained

Bryony Frost’s Boyfriend: Who Is The English Jockey Dating in 2021?