Best Films To Watch on Amazon Prime In 2021

Amazon Prime has been releasing some of the best films in 2021. This OTT platform has been serving as the red carpet for most of the mind-blowing movies that have come out since the pandemic. Moreover, Amazon Prime is fit for you no matter what your taste in film is. It has iconic old movies that we can’t forget and breathtaking and mind-blowing new movies that don’t fail to impress.

You can watch all your favorite stars like Robert Downy Jr, Bradd Pitt, Salman Khan, Radhika Madan, and so many more. Furthermore, Amazon Prime has a wide variety of movies. Whether you want to watch something that gives you goosebumps at night or something to laugh out loud, it has got your back. Mind-blowing movies like Knives Out, Inception, Bumblebee, Men In Black, and so many more thrillers can be found here. Contrary to that, if you like sweet romances, it also has the classic Funny Face, Britanny Runs a Marathon and The Big Sick. Furthermore, Award-Winning Movies like Room, L.A. Confidential, Searching For Sugar Man, and 12 Years A Slave are some of the best films on Amazon prime in 2021. We have listed down all the best films on Amazon Prime for every single genre to make things easier for you.

An Oscar-Winning movie that is based on true events. Furthermore, Room is based on the story of a young girl who escapes her kidnapper after years. Likewise, 24-year-old Joy has been held captive for seven years. She has a five-year-old son, Jack, who she brilliantly raised in a confined room. Knowing things cant go like this, she plans an escape. This a heart-wrenching and courageous story of a brave girl and her toddler son. 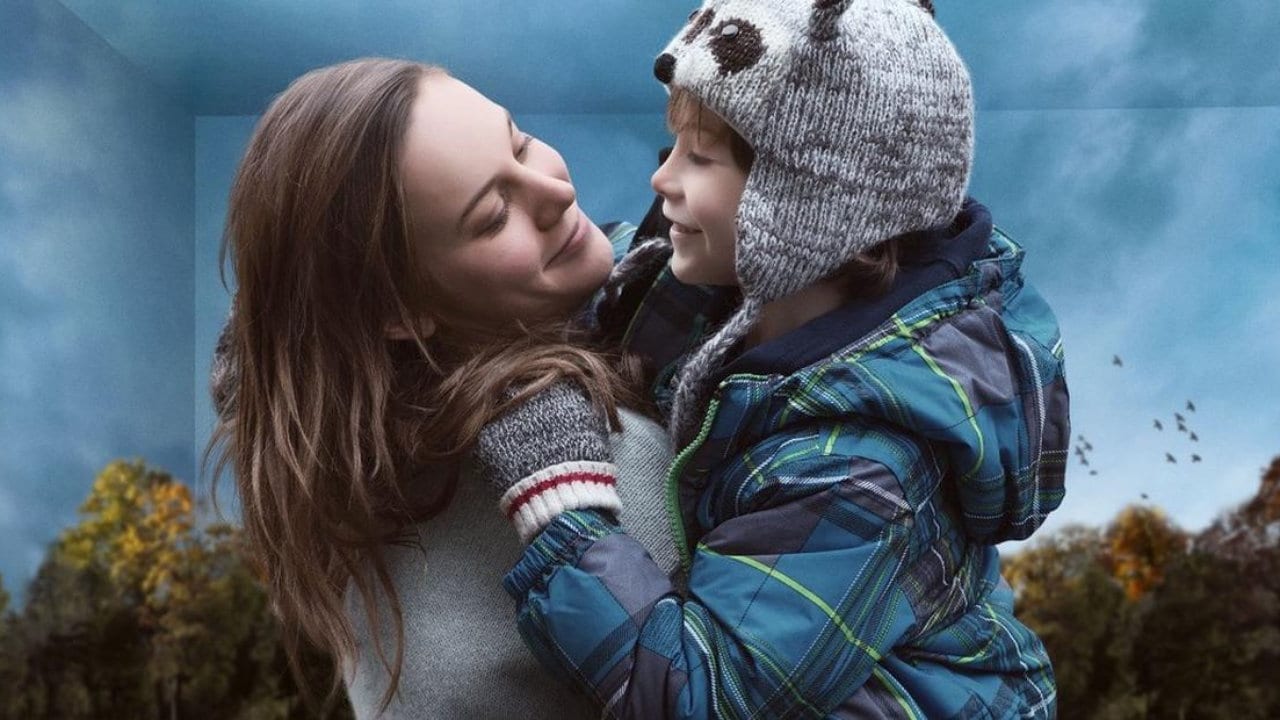 It is no shock that Brie Larson has won the Best Actress Award at the Oscars for this movie. Her realistic portrayal of an abuse victim will be called phenomenal by anyone with eyes. The young Jacob Tremblay won all our hearts with his performance of Jack. Furthermore, Room is directed by Lenny Abrahamson and is written by Emma Donoghue. It is no doubt the best film on Amazon Prime in 2021. This movie is a must-watch for everyone, no matter what genre you prefer.

The perfect thriller. Knives Out are said to have one of the best climaxes in thriller movies history. The film is based on the death of a crime novelist Harlan Thrombey. Furthermore, Harlan Thrombey was found dead with his throat slit open on his birthday. As Benoit Blanc, a private detective, tries to get to the bottom of this case; he finds each member of the novelist’s family suspicious.

Knives Out is the perfect mix of mystery and dark comedy. There is not one dim moment during the entire film. Furthermore, the movie received the Best Cast Award at the Hollywood Critics Association Awards. The star-studded cast of this movie includes Daniel Craig, Chris Evans, Toni Collette, Katherine Langford, and Frank Oz. This movie is the beautiful masterpiece of director Rian Johnson and writer Ram Bergman. Ask whoever you want, Knives Out is undoubtedly going to be on everyone’s Best Films on Amazon in the 2021 list.

This movie stars Riz Ahmed and Olivia Cooke as the main leads. Sound of Metal follows the story of a drummer named Ruben, whose life shatters when he starts to lose his hearing. The true magic of this film lies in how it showcases things that we consider ordinary to be extraordinary. Furthermore, Ruben enters a facility where he learns to love himself and the world around him, now without any sound. He also has to save himself from resorting to his old habit of drug abuse.

Moreover, Sound of Metal teaches people the important lesson of being grateful. This masterpiece of a movie is directed by Darius Marder and written by Derek Cianfrance. Undoubtfully one of the Best Movies on Amazon Prime in 2021.

Powerhouse should have been the name of this brilliant film. It is easily the best cinematic experience that you can enjoy in the comfort of your own home, thanks to Amazon. This movie is brilliantly directed by Robert Eggers and written by Max Eggers.  A perfect combination of thriller, mystery, and drama.

This movie is set in the 1980s. Two light housekeepers, who are always at each other’s throats, have difficulty keeping their sanity intact on an isolated island. Furthermore, Robert Pattinson and William Dafoe serve as the powerhouse of the movie The Lighthouse. This movie gets an easy slide in the Best Movies on Amazon in the 2021 list.

The plot of this movie revolves around Adam Driver’s character Daniel Jones. He and the Senate Intelligence Committee investigate the torture and crimes done by the CIA during the attacks of 11th of September. Also, fans love how this movie covers the dark side of politics and how it explores the report of Jone, which was 6700 pages long. If you are interested, then you could watch the fantastic and fun-to-watch political thriller on Amazon Prime Video.

Released in the year 2012, it is one of the best comedy movies of all time on Amazon Prime Video. Starring Baroh Cohen alongside Anna Faris, Ben Kingsley, and Jason Mantzoukas, this movie had everyone in splits. Real-life dictators inspire the movie’s main character Admiral General Aladeen which Baroh Cohen plays. He is the dictator of a fictional place called the Republic Of Wadiya, and in the film, he would be visiting the United States of America.

The movie is sure to turn your frown upside down by the hilarious scenes in it. Moreover, when Aladeen visits the United States Of America, he gets kidnapped but escapes and finds himself wandering the country’s stress. Go and have some fun with the movie on Amazon Prime Video!

Also, fans love how the movie recreates the classic Hollywood films and how unbelievably amazing it is. The movie follows the beautiful journey of the characters falling in love and finding their true selves. Many people in the reviews said that it is pretty rare for a film to exist and be perfect. However, people say that romance movies are not worth watching. But listen to us and watch the film as it is sure to touch your heart. You can watch the film on Amazon Prime Video.

This film is one of the most iconic horror films released till now. It was released on the 6th of August in the year 1999 and starred Bruce Wills. Bruce Wills in the movie is a child psychiatrist named Dr. Malcolm Crowe who tends a kid named Cole Sear. The child has a unique ability that helps him to see ghosts.

At first, he is afraid, naturally like anyone would. But later on, he gets the courage to help them out with their unfinished business. And wait for the ending of the film because you would not be expecting it. It turns from a horror to a warm movie. This film is available to watch on Amazon Prime Video.

The movie stars one of our favorite characters Leonardo DiCaprio. The movie was released on the 8th of July in the year 2010 and is a sci-fi action film. Leonardo DiCaprio’s character Dom Cobb is a professional thief whose expertise is to conn secrets by doing something with their dreams.

Furthermore, a man named Saito gives Bobb a job to do something in Saito’s nemesis, Robert’s dream, so that Robert dissolves his own father’s company. Before the role was given to Leonardo DiCaprio, Bradd Pitt and Will Smith also offered it. You can watch the movie on Amazon Prime Video.

This franchise contains movies that are considered one of the most legendary movies of all time. Also, it could be one of the Best Films On Amazon Prime 2021. The franchise starred Daniel Radcliffe, Emma Watson, and Rupert Grin and released its first movie on the 12th of April in 2002. The series follows the main characters Harry Potter, Hermione Granger, and Ron Weasley on their journey to defeat the dark lord Voldemort.

Also, many people might just think that this is just a children’s movie. But harry potter fans can rightfully prove that this franchise is also for adults. It shows how you lose people as you grow and the people who fill in their space. The movie has given us countless iconic moments and quotes. You can watch its first movie on Amazon Prime Video.

How To Watch ‘Hit the Top’ Korean Drama? Cast & Highlights

The Max-Level Hero Has Returned Chapter 72 reveals the aftermath of Cleo vs. Davey. That has caused another battle since...

How Many Crew Members Does Luffy Have? Every Member Of Straw Hats Discussed

One-Piece is not just an anime based solely on fights and the hero-villain concept. It is a whole lot of...

Mimi Webb Net Worth: How Much Does The Singer Earn?

Lou Williams Girlfriend: Who Is The NBA Player Dating in 2021?