What is Beeple’s Net Worth in 2022? The Successful Art Career!

In 2003, Winkelmann graduated from Purdue University. He majored in computer science and later used his skills to develop digital art pieces! 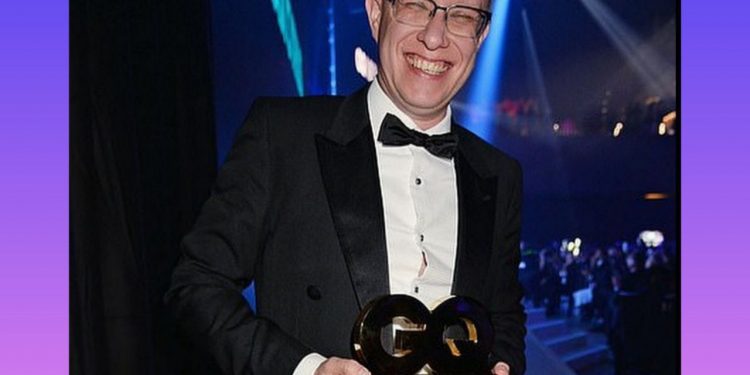 Let us dig out some interesting things related to Beeple’s life, like his Net Worth! Are you an active user of social media? If yes, then you must have come across Beeple’s profile, which has a whopping 2.4 Million followers on Instagram to boast. But if you have not, then allow us to introduce you to him. His original name is Michael Joseph Winkelmann or simply Mike Winkelmann. However, professionally he is known as Beeple. Hailing from America, he is a digital artist, graphic designer, and animator. Beeple grabbed the limelight for his eye-catching digital artworks, which have a deep hidden meaning related to political or ongoing issues. Mike Winkelmann uses pop culture figures as references. And this is what attracts the viewers. He uses various mediums to create his art pieces that often comprise comical and delusional multimedia works.

On 3rd September 2021, he posted a series of pictures in his Instagram feed to share his joy with the world as he bagged the GQ artist of the year award! Which he described as an absolutely surreal moment for him. But then he emphasized the point that now he would try to level up his hard work and dedication towards digital art and the NFT community. He also said that now the world is witnessing the next chapter in art history, and he is honored and glad to be a part of this memorable journey.

Additionally, it would be worth mentioning over here that Mike Winkelmann had already grabbed the title of being the artist whose artwork is the fourth most expensive artwork by any living artist. But then what must be his average earning, and how much is Beeple’s net worth? Well, if you too are curious, then the next section of this article will help you to shed off all the queries. And on this note, let us begin our hunt!

Also Read: Zita Cobb’s Net Worth: How much does the Social Entrepreneur Earn?

What is Beeple’s Net Worth?

Well, as of now, Beeple’s contribution in writing the next chapter in art history has helped him to enjoy a huge Net Worth of $50 Million. Christie’s British auction house has once termed Mike Winkelmann as a visionary digital artist who is at the forefront of NFTs! The first time when he got familiar with the term NFT was in the October of 2020. Additionally, Mike acknowledges Pak (creator) for providing the first “primer” on selling NFTs.

And now, let us discuss his artwork which is considered to be the fourth most expensive artwork by any living artist. On 12th March 2021, an image titled “Everydays: the First 5000 Days”, which basically is a collage of every image from Mike Winkelmann’s “Everydays,” series got the opportunity of helping him with his honor. It got sold for a whopping $69,400,000. Moreover, it would be worth mentioning over here that it was the first purely non-fungible token that got sold by Christie’s. Non-fungible token, in short, is known as NFT, which is a uniquely non-interchangeable unit of data that gets stored on a blockchain, simply a form of digital ledger.

More about Beeple’s career in the field of Art

Starting with the latest work, in 2021, Mike Winkelmann, who is popularly known by his professional name Beeple added another stack of Millions in his Net Worth when his creation of a kinetic video sculpture with corresponding dynamic NFT was sold in an auction at Christie’s on 9th November 2021. And you would be amazed to know that it added $28,958,000 to his bank account. Beeple had named that work as “Human One.” Then, his work– Crossroad was sold for $66,666.66 that later got resold for $6.7 million in the February of 2021.

It was 1st May 2007, when he had started working on his most highlighted project- “Everydays.” Under this, he creates a piece of art every day. No matter how difficult the situation can be, but he would still devote his time to creating a piece. He once said that even on his wedding day, he didn’t break the chain and worked on an art piece. He also said that for doing this project, he was inspired by Tom Judd.

Who is Erin Darke’s Boyfriend? Is She Dating Harry Potter Star Daniel Radcliffe in 2022?