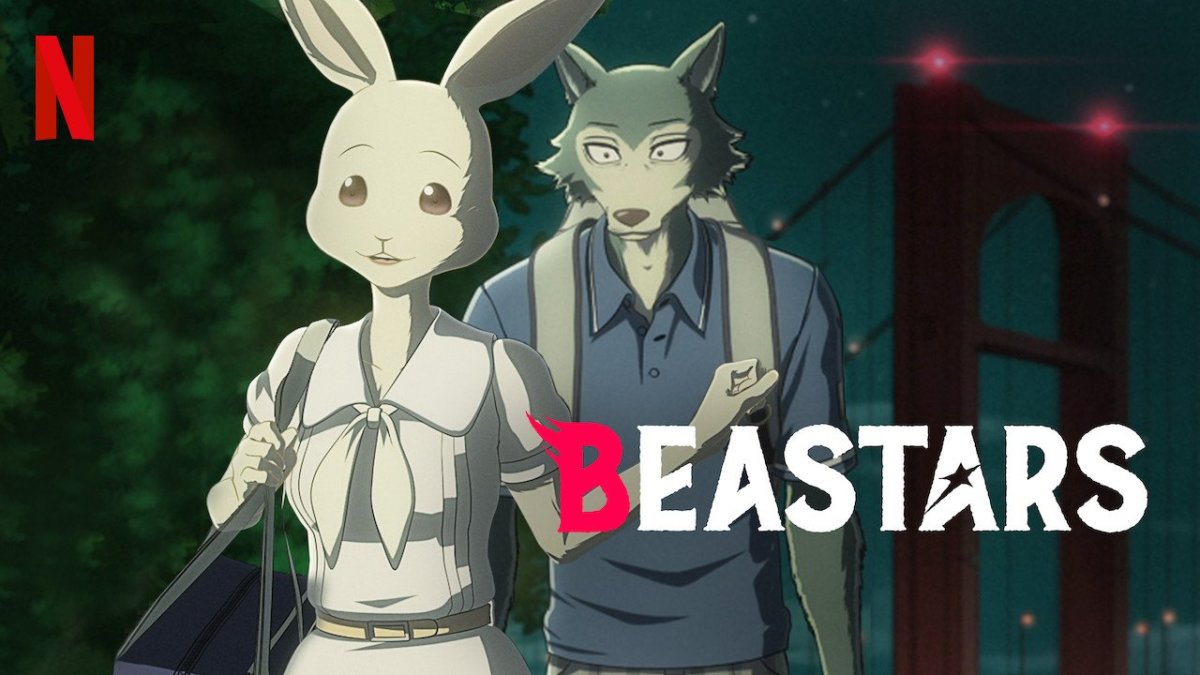 Beastars is a Japanese manga series. Moreover, its story has taken place in a world that has modern anthropomorphic animals. This world also has a division between carnivores and herbivores. The title of the series has been adapted from the universe rank of Beastar. Beaster in the in-universe rank is an individual who is immensely talented and is notorious as well. This manga has been licensed for its English release in North America. However, the license of this manga to be released is given and acquired by Viz Media.

The trailer of Beastars

Beastars had become one of the biggest anime movies when it streamed on Netflix. One more reason which accounted for its success was its introduction to the world of Legosi and his anthropomorphic classmates. Furthermore, anthropomorphic and Legosi with their classmates are an attempt to navigate a world full of “predators and the prey”. Moreover, here in this world, anthropomorphic animals deal with very humanly issues.

The first trailer of season 2 had landed in the year 2020 itself. The first season had concluded on the shocker. It had shown a mysterious serial killer who was also shown abducting students in Legosi’s school. This mysterious man is left to be revealed. However, we are sure that in the second season with this mystery won’t be a mystery for a long time.

The cast or the voice-over artists of Beastars

In the English Language 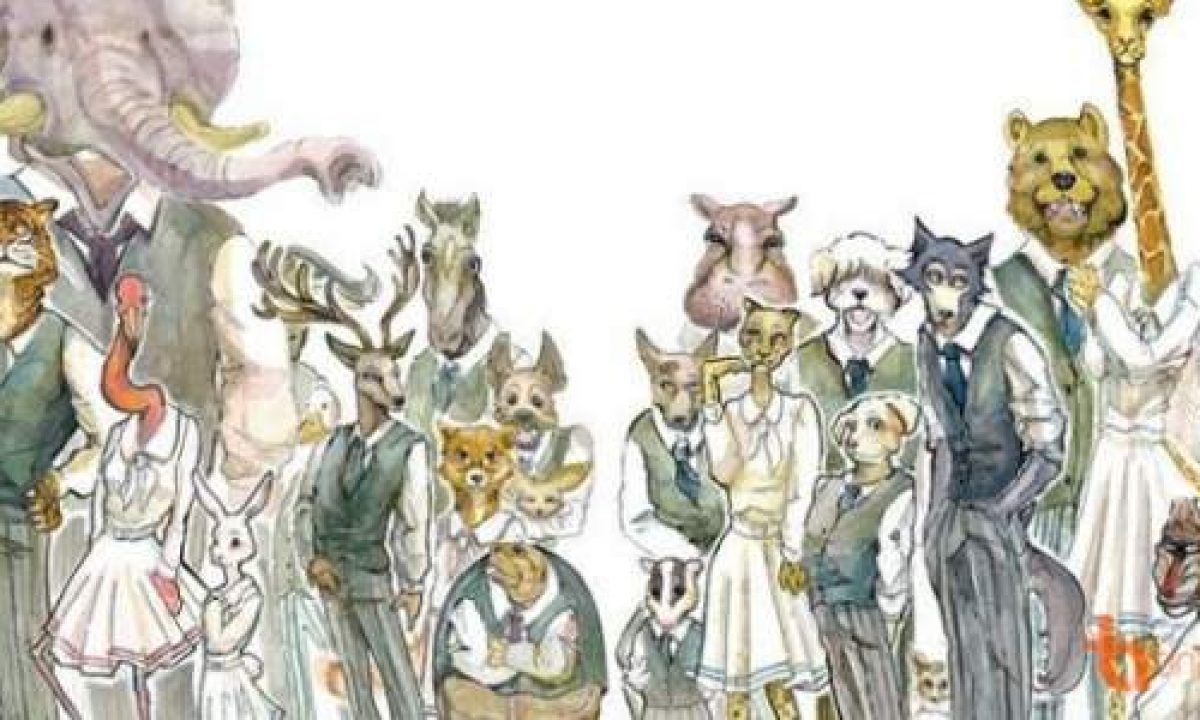 All the characters in Beastars

In the Japanese Language

The plot of Beastars

Leghoshi is a large wolf. He is very timid and is also a student of Cherryton Academy. Furthermore, he is shown living in a dorm filled with carnivorous students. Even Jack his friend is also a carnivore who is an extroverted labrador. Leghoshi is also a member of the school drama club. Therefore, he is shown working there as a stagehand and supports the actors of the club. The actors of this club are headed by a red deer Louis. 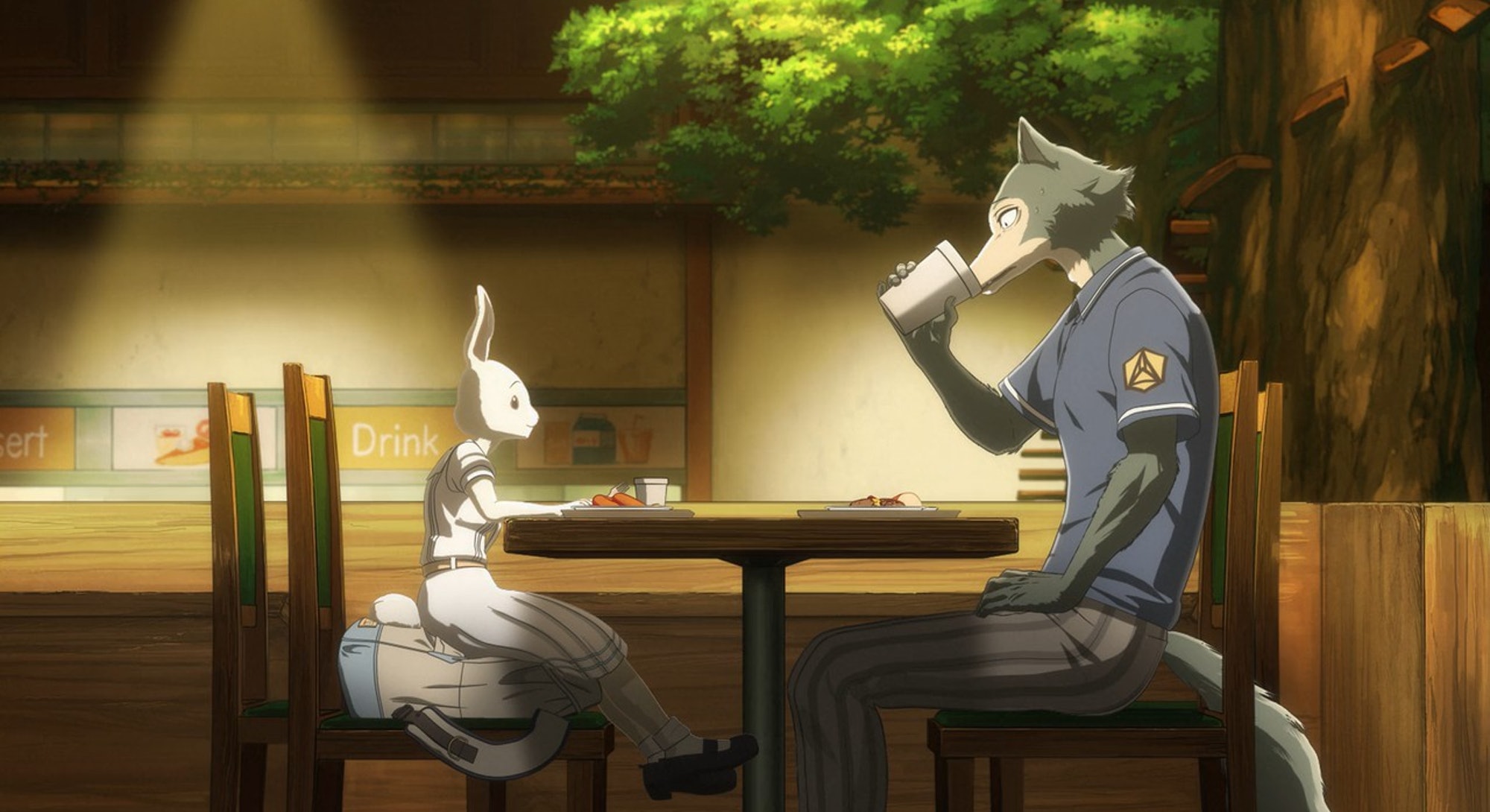 A scene from Beastars

Surprisingly, Tem, the alpaca is relentlessly murdered and cram down that night itself. This caused discomfort and suspicion between the herbivore and carnivore students. Along with this, even Leghoshi has a pivotal encounter with Haru and gets infatuated with her. However, Haru who was a dwarf rabbit was in love with Louis.

The story of Beastars in Season 1

The leading actor of the series is a quite grey wolf called Legoshi. Furthermore, this wolf is shown getting infatuated by a dwarf rabbit called Haru. Whereas, this rabbit is the girlfriend of the school’s drama club star a red deer Louis. Moreover, this particular season concluded with a violent confrontation of Shishigumi who is the lion mafia. He had kidnapped Haaru, the rabbit to make Haru the prey of his boss. Furthermore, we see that Legoshi rescues Haru. Just when this happened we also see Louis coming with a gun and he kills Shishgumi’s boss. Furthermore, the final episode concludes with Leghosi confessing his feelings toward Haru. Along with this, he also promises to always safeguard her and make her contented. Moreover, even Haru is seen developing feelings for Leghoshi. However, she was not shown returning or answering Leghosi’s proposal.

Season one of this series also had begun with the strange murder of alpaca Tem. However, the rest of the season had not even focused on this plotline properly. This season thus ended with a threatening killer. He was shown leaving the bathroom after he investigated some medication. However, Leghoshi is further seen calling out to him in the hallway. This shows that both Legoshi and the mysterious figure know each other well. It is speculated that the mysterious figure is acquainted with the drama club. Henceforth, the viewers and fans are expecting clarity on this mysterious figure that is also known as Leghosi. We are sure the makers are going to give the viewers all that they want in the second season.

The Story of Beastars in Season 2 – As speculated

Season 2 is seen to be even more thrilling, exotic, and dramatic than season 1. In this season, Leghoshi is seen having a confrontation with the tiger called Bill. Also, he is also seen fighting with an unknown animal. In one scene we can also see Leghoshi talking to a huge snake. However, this scene can remind one of Harry Potter and the chamber of a secret. Moreover, it is speculated that this snakecan be the key to the true identity of Tem’s killer. Nevertheless, our sources have informed us that Louis is continuing to be the main character in season 2. Thus, survival from the lion’s den could be explained at the beginning of the story.

The second season of Beastars has been released in Japan in January. Whereas it’s international series is going to release in July 2021. Just like Season 1 even season 2 is expected to be good and super hit too.

Also read: What to Expect From The Falcon and the Winter Soldier Episode 1?