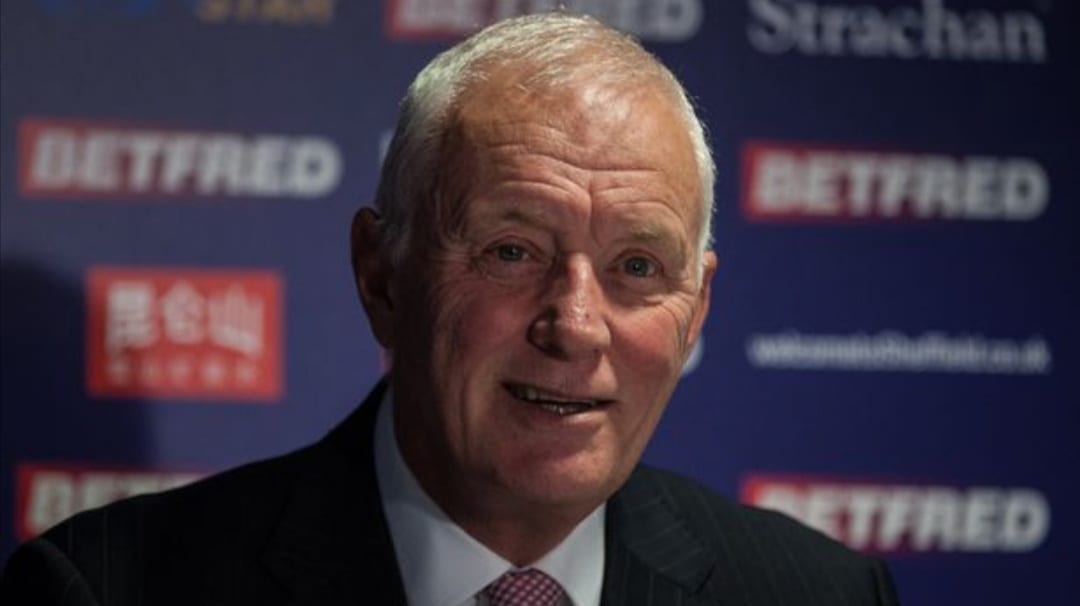 With a huge sporting empire that he’s created and other businesses, Barry Hearn net worth figures are BIG! Barry Hearn or Barry Maurice William Hearn is a household name in the world of Boxing, Snooker, and Darts. So let’s take a look at how he accumulated all that wealth over his long-spanning career(s). But before that let’s venture into the details about his early life, family, and other personal details. Hearn is an English sporting events promoter and the founder and President of promotions company Matchroom Sport. Barry Hearn is involved with several sports through Matchroom Sport. He is involved in Snooker, Darts, Pool, Tenpin bowling, Golf, Table Tennis, and Fishing. He’s currently the chairman of the Professional Darts Corporation. Hearn was also the chairman of WPBSA until July 2010.

Born in 1948, in Dagenham, Essex, Hearn completed his education at Buckhurst Hill County High School. As a teenager, he worked a series of small businesses, ranging from washing cars to picking fruits and vegetables. After qualifying as an accountant, he became the finance director in a design company in Kensal Green — Deryck Healy Associates. Afterward, he formed a new firm called Kensal House Investments. And DHA turned into Deryck Healy International. 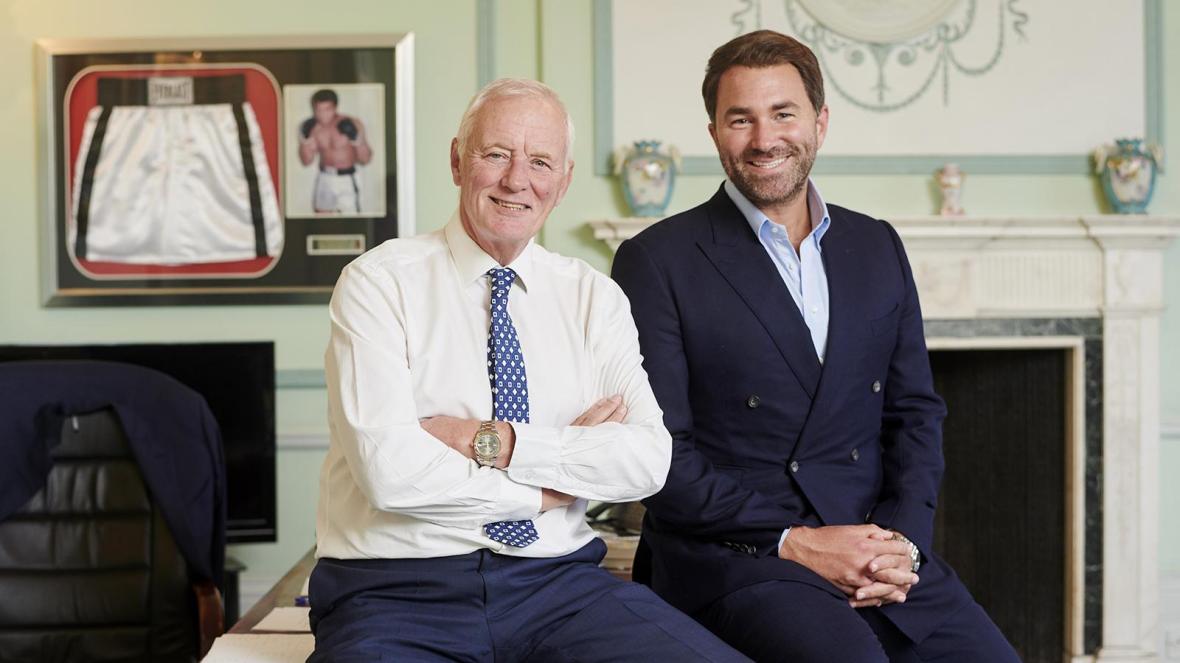 Barry with his son Eddie Hearn.

He is married to Susan, and the couple has two children from their marriage — Katie and Eddie Hearn. He enjoys a lavish and rich life now, a vastly different picture from his bad time during the 90s. Hearn almost went bankrupt in the early 90s and then suffered a heart attack in 2002. Now he is in much better condition and wealthy as ever, becoming a multi-millionaire. At the 2021 New Year Honours, he was appointed Officer of the Order of the British Empire for services to sport.

Hearn made his foray into boxing in 1987. He has promoted many top British and Irish boxers. Notable names include Nigel Benn, Chris Eubank, Naseem Hamed, Steve Collins, Herbie Hide, and Lennox Lewis. He also introduced the Prizefighter series in 2008. It is a knockout tournament that has eight boxers fighting for victory. Currently, his son Eddie manages the boxing branch of business. 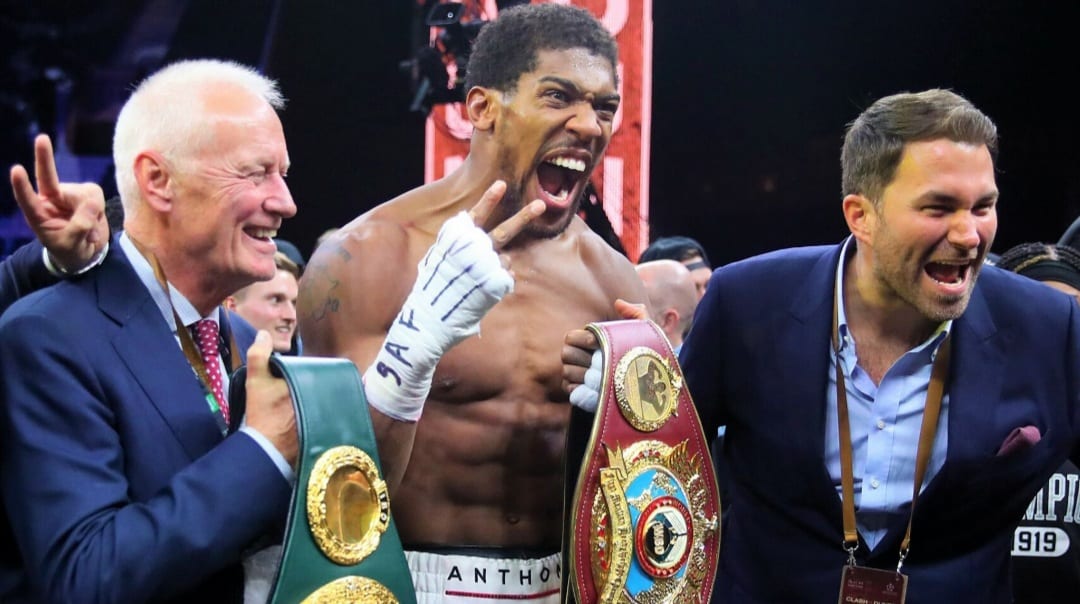 Another one of Hearn’s sports ventures is Darts. He is the chairman of the Professional Darts Corporation. When the sport split, many top players flocked from the British Darts Organization to PDC. Hearn has put the game on the map in a big way and is responsible for many successful PDC ranking events.

Barry Hearn saved the football club Leyton Orient from its financial abyss when he took over its chairmanship in 1995. He served as the chairman from 1995 to 2014. At the time of the Rwandan genocide, the coffee business of the then chairman Tony Wood collapsed. This threw the club in a dire financial pit. But the club was saved when Hearn took over it, averting the financial disaster. Assuring the club’s future, Barry overlooked the club’s major decisions for the years to come. However, while he saved them from a financial crisis, the club’s performance was pretty bad for years under his tenure. His tenure saw the club flailing around in the bottom division of the Football League. In 2017, he resigned as honorary president of Leyton Orient. 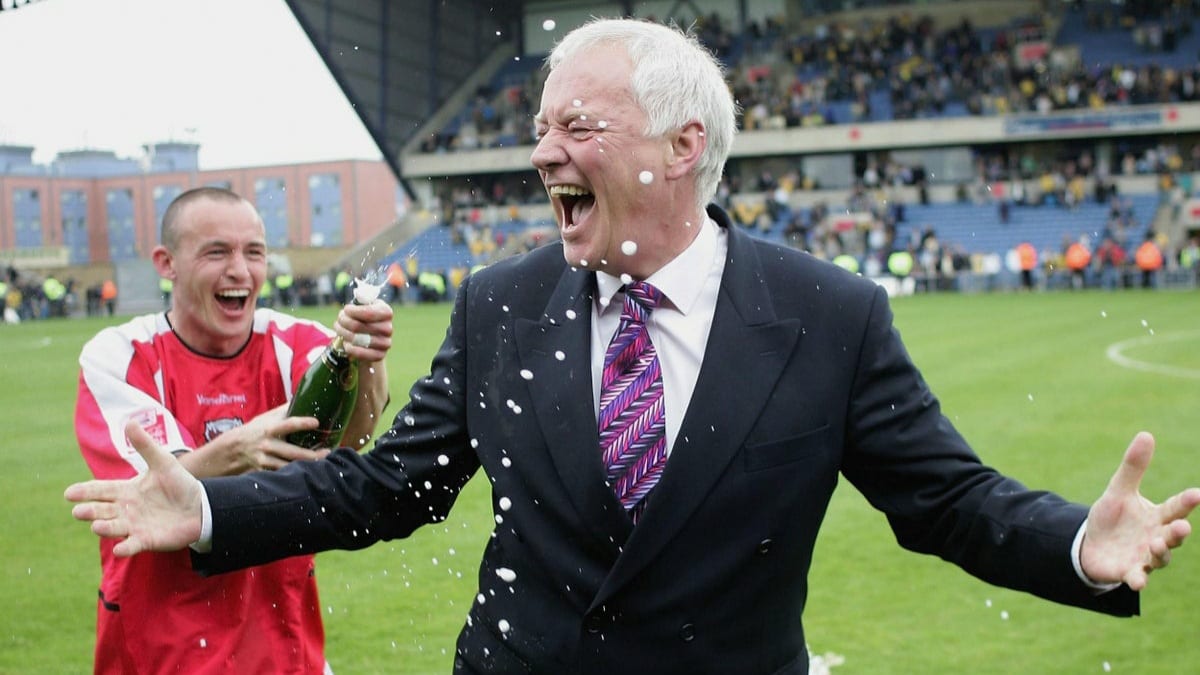 Barry served as the chairman for Leyton Orient for several years.

Hearn is also big on fishing. He’s helped make fishing a viable commercial sport. Having enthusiasm for fishing, he came up with the idea of Fish-o-Mania. He came up with the idea for it after he watched Wrestle Mania in Ockenden. He eventually sold the idea to Sky Sports and it has also been a huge success since 1994. Let us now take a look at the impressive net worth of Barry Hearn.

In the 1970s, Snooker saw a boom in its popularity, after BBC began promoting it on color TV. That’s when Hearn started his career promoting sports. Working with amateur snooker players, he started promoting sporting events. In 1974, he started managing Steve Davis. In the 1980s, he formed Matchroom with Davis and Tony Meo. He gained much prosperity owing to the Matchroom and its success. In December 2009, he became the new WPBSA Chairman. 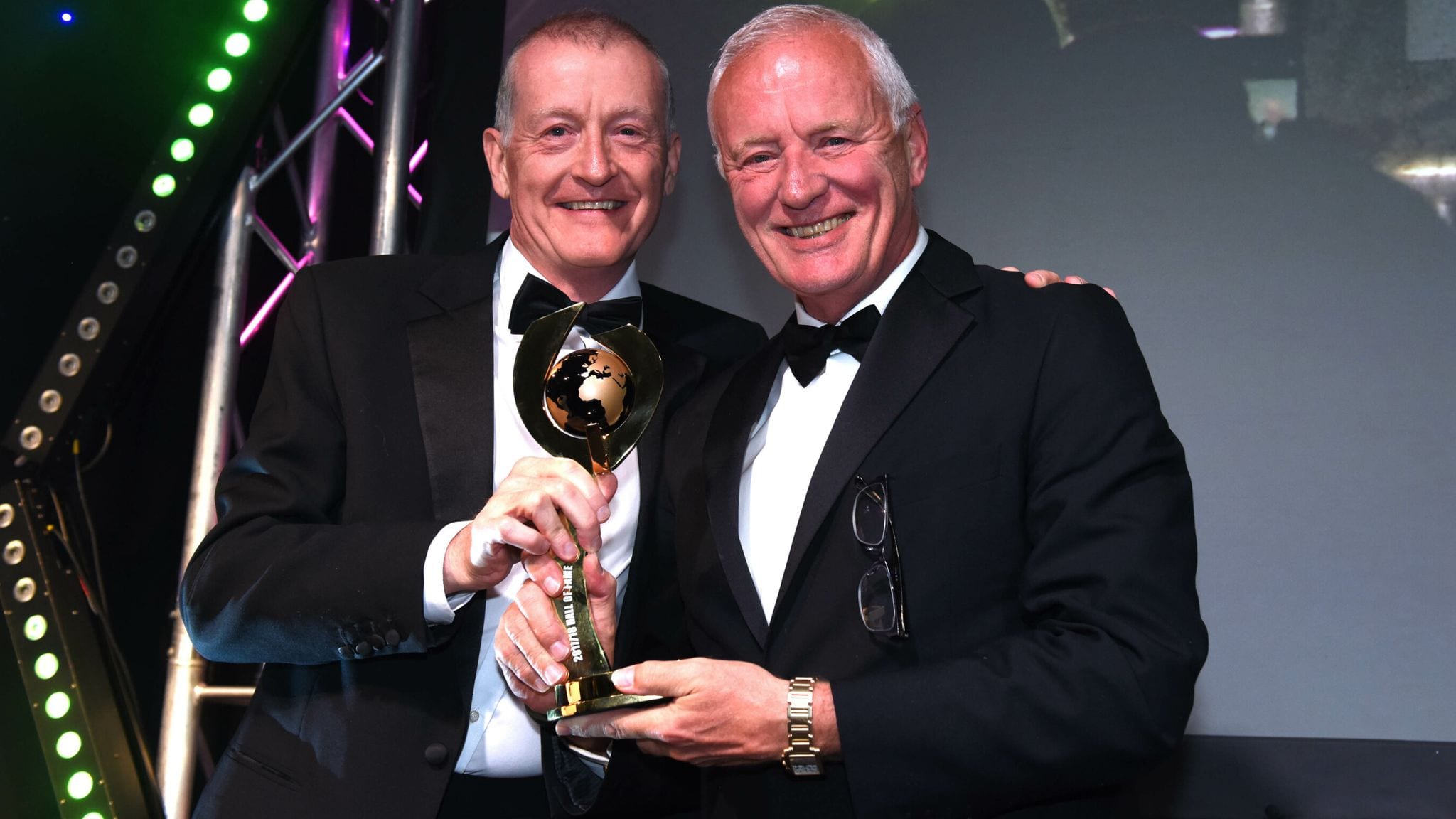 According to reports and online sources, Barry Hearn net worth figures are somewhere about $65 million. Years of sports promotion career and other business ventures, he has been able to aggregate this. A major chunk of his earnings comes from the Matchroom brand. His company focuses primarily on Snooker, Darts, and Boxing.