Pran and Pat's relationship is no longer a secret in front of their parents. Now more than ever they stand up for their love. 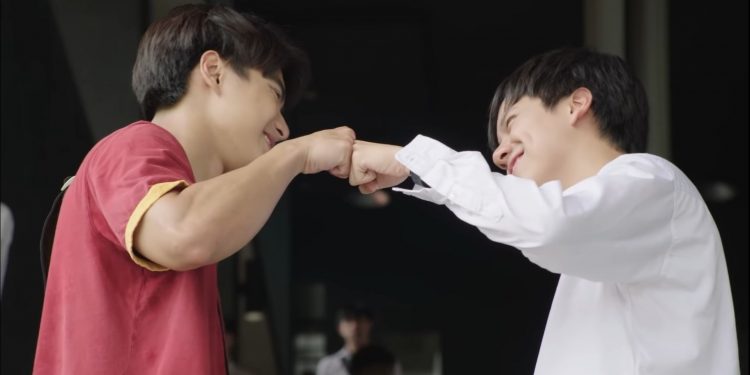 It’s going to be mixed feelings for ‘Bad Buddy Episode 11’. A feeling of suspicion is residing in the air as Pat’s parents are sensing that something may be going on between the two boys. Meanwhile, Pran and Pat finally got to know the secret why their parents hate each other so much. However, is that it? Now, with Pran and Pat’s relationship being public, the boys do not shy while confronting each other’s feelings in front of everyone as well. However, it’s not only them who’s making the hearts of the fans race. Ink and Pa had always been the viewer’s most potential GL couple. With the advancement made in their story, the wishes may come true.

Bad Buddy had gifted us with some amazing artists, plots, and concepts. The series, for a single moment, never felt as if it’s stereotyping the traditional BL drama rules. In fact, with each passing episode, the drama has proved why it’s referred to as one of the best BL series made so far.

Pran and Pat were trying their best to save their relationship from their parent’s notice. Meanwhile, Pa was confused about her feelings for Ink. When asked Pat, he told her to follow the four steps rule which she once told him when he went out with Ink. The Engineering and the Architecture Departments got their first rival turned lovers couple, and everyone was elated about it.

Pat never stepped back from confessing what he felt for Pran. However, the boys had the mission to find out what exactly happened between their parents. From one of the employees, they got a shocking revelation that Pat’s father and Pran’s mother attended the same school. After trying to find numerous clues, they laid their hands on the one that kind of shocked them. Their parents were previously good friends and used to hand out together as well.

At the mall, Pat’s father witnessed Pran and Pat together, and a mess got created. Pran’s mother finally confessed that Pat’s father stole her scholarship. The dream of her lifetime.

The Moment To Reckon With

Bad Buddy undoubtedly had given us one of the best rooftop scenes we could ever ask for. Every time it felt so unreal. Pat went to comfort Pran as he had never spoken to his mother in a way he did that day. His feelings were mixed up. He was always this good boy who would excel in everything and do exactly as his parents had expected from him. However, he wanted his mother to tell the truth to him. For the first time, he listened to his heart.

The scene didn’t have any dialogue, and most importantly, it needed none. The gestures were enough. The hug between Pran and Pat was one of the best highlights of Episode 10. Pat never showed his distressed side in front of Pran as he knew that then it would be more difficult for Pran to open up. The way he comforted him spoke volumes that how much the relationship meant for him. Pran, on the other, felt his feelings were secure with Pat.

Thai drama Bad Buddy goes on air on its original network GMM 25 Tencent Video. Apart from this, international audiences can view the drama online. Also, the series is available on the Youtube channel named GMMTV OFFICIAL. Nanon and Ohm as Pran and Pat steal the show every single time. Pran and Pat never let their family issues get into their relationship. They were always ready to work on it to make it better and healthier.

Finally, our awaited ship sailed, and Ink and Pa made their relationship official. However, the situation is a bit tight when it comes to Pran and Pat. They went away from all the chaos to spend a bit of time with each other. It’s amusing that in their relationship, they always compliment each other. The upcoming episodes will have its emotional way, but surely they will also be executed with perfection.

When Will Bad Buddy Episode 11 Release?

Bad Buddy Episode 11 will release on 14th January 2022. The drama has approximately 45 minutes of duration and is scheduled to end on 21st January 2022.