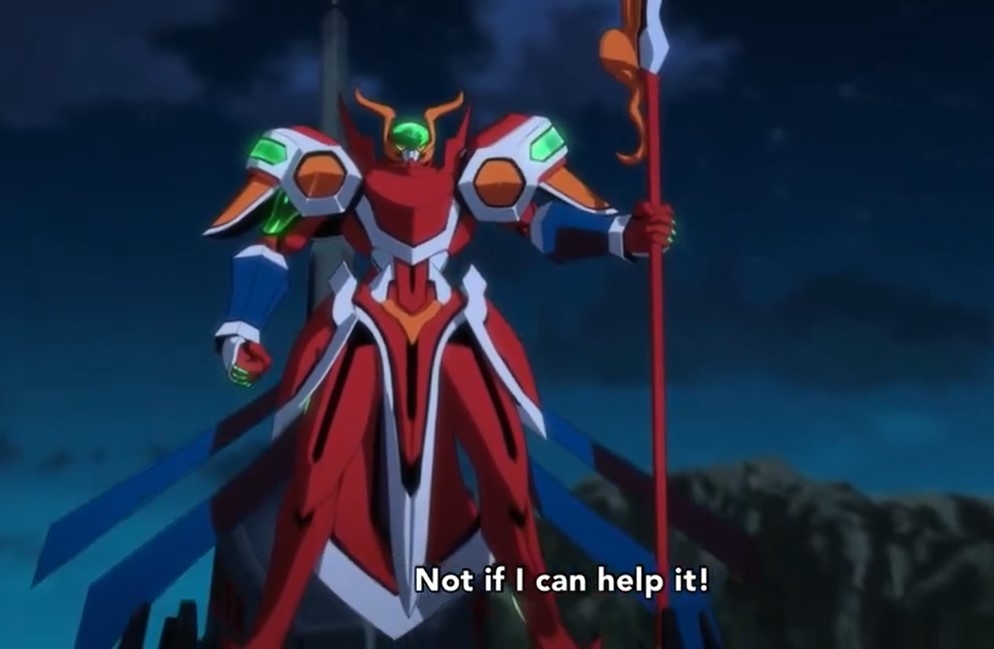 Shuu reminds Bitt that he always calls himself a genius, and if that’s true, Bitt has to prove that he is a genius. Bitt accepted the Bind Warper and decided to step up as Admiral of Tactics. After three hours, when Shuu has vanished, Bitt works with the crew to take down Rudolph’s subordinate, who wants to destroy the kingdom of Lutoh.  Arrow and the rest of the team form a pack and unleash  Briheight Granedger. Bitt comments that he will pulverize Rudolph and avenge Shuu’s death.

Previously on Back Arrow Episode 21

Bitt reveals that the Great’s Conviction is ” Rely on everyone near you.” The citizens started to evacuate as they witness the final battle. Bitt comments that he is the world’s best Admiral of Tactics. Atlee remarks that it is not only Bitt, and they are in this together. The crew started to punish Rudolph. They destroy Rudolph’s armor using Gran Punch Graviction Kick Great Upper. Rudolph can’t believe that humans are smashing him. Commander Pax, Kai, Frizz, and Hans are stunned that the powers of Granedger are fantastic.

Bitt told the crew to get together and defeat Rudolph. Kai is glad that Shuu chose the worthy warriors. Rudolph comments that humans will pay for challenging God and humans’ words are nourishment to God. Rudolph also told Arrow’s crew that their resistance is a welcome offering to God. He punished the team with the wrath of God.

Princess Fine interferes and stops the suffering done to her friends. Fine unleashes Granarrow Lovsolute and heal all the injured member of the crew. The crew felt showered with Princess Fine’s love.  Prax gets furious since she has noticed that Princess Fine is enduring damages alone. Commander Prax told the soldiers that they must not be excited because when Princess Fine uses Lovsolute, the damage goes to her body. 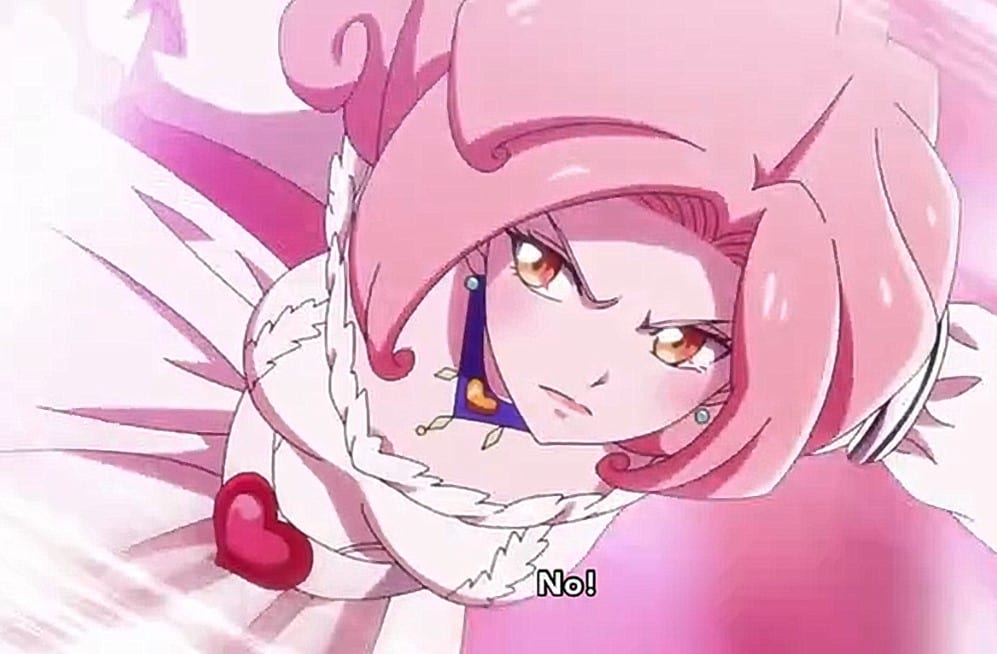 She also reveals that Princess Fine transforms the pain to love and heal everyone around the battle. The soldiers replied that they wouldn’t slack and they will get their job done. Prax and Arrow are working together to counterattack Rudolph. Arrow is the sword, and Prax Conrad is the wielder of the blade. They began to exchange sword slashes with Rudolph. Rudolph comments that he feels sad that a lady is wielding Arrow as her sword.

Arrow didn’t care about the insults since he is aiming to defeat Rudolph. Rudolph comments that he is disappointed that Arrow has deceived God and become humanity’s puppet. He also said that Arrow has proved that he lacks the will. Arrow replies that no one cares about that. He told Rudolph that he wouldn’t let anyone destroy Lingalind, whether it is his will or not. Arrow and Prax landed a powerful sword slash, but they are surprised that Rudolph has vanished.

Zetsu comments that he got tired of waiting, and he decided to join the battle. Arrow notices that Zestu is the one who pulled Rudolph away from the sword slash. After a long fight, Arrow and the rest of the crew landed a blow that destroyed Rudolph and Zetsu for good. But Arrow ends up losing his team and starts another fight with Kai. The soldiers decided to let Kai and Arrow settle their scores. They are happy that Rudolph and Zetsu have vanished.

Back Arrow Episode 22 will release on Saturday, 5 June 2021. You can watch Back Arrow online on Funimation.