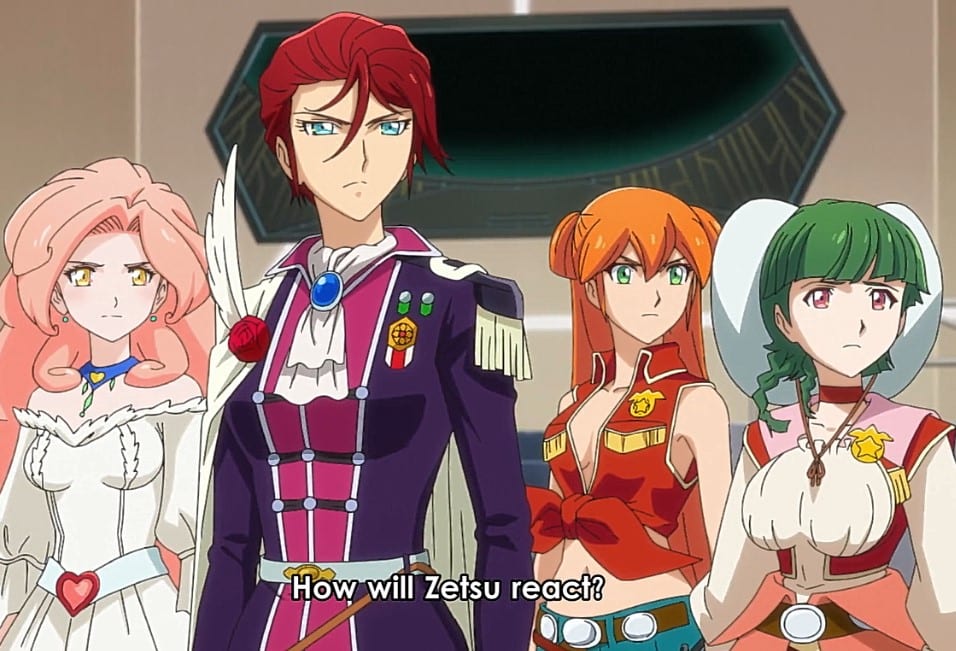 Supreme Elect Rudolph realizes that Back Arrow is succeeding with his plans, and he is gaining more trust. Rudolph reveals that  Arrow is a destroyer sent by God. Later Arrow clashes with the Lutoh army and wipes them out after his powers have got awakened. Arrow lost control, and Shuu locks for a way to battle and stop Arrow. Inside the Briheight Arrow is trying to get rid of Evil Bind Warper around his arm. But it is not getting off, and the Briheight is moving automatically without being controlled by Arrow.

Inside the granedger, Princess Fine asks how Arrow is doing. Atlee reveals that Rekka’s camera spotted Arrow near the north World Wall. They said that Arrow followed Shuu’s advice, but the Rekka’s dreadnought has not moved. Princess Fine wonders how the supreme commander Zetsu will react. While they are observing Arrow, their communication got cut off. Eisha wonders if it is Rudolphs doing it, and Commander Prax comments they can’t start another plan since Arrow is not around. But it is good news for them since Rudolph won’t focus on them because he thinks they are trapped.

Previously on Back Arrow Episode 19

Commander Prax reveals that the wall that is blocking them is temporary, like the one that blocked Lutoh. Arrow is confused inside his Briheight, and he heard a voice telling him to step back from the wall. The guys said to him that they are from the Rekka border’s defense. Arrow asks them if they don’t know who he is. The guards said that nobody goes near the wall, and they must guard the Wall. The Briheight started to attack the guards, and Arrow realizes that humans will be hurt, but he can’t do anything. He warns the guards to stay away from the Briheight since it is attacking them.

The Brigheight fires two fire cannons and blew the guards away. They burnt into ashes, and Arrow is surprised that his Briheight has killed someone for the first time. Meanwhile, inside the granedger, Atlee wonders if God can make people destroy Lingalind. She thinks that Rudolph’s words are valid, and if they fight with Arrow, they will be defying God. Earlier Rudolph spread the rumors to the universe that God sends Arrow to destroy. Atlee asks the other girls if they have to fight with Arrow. 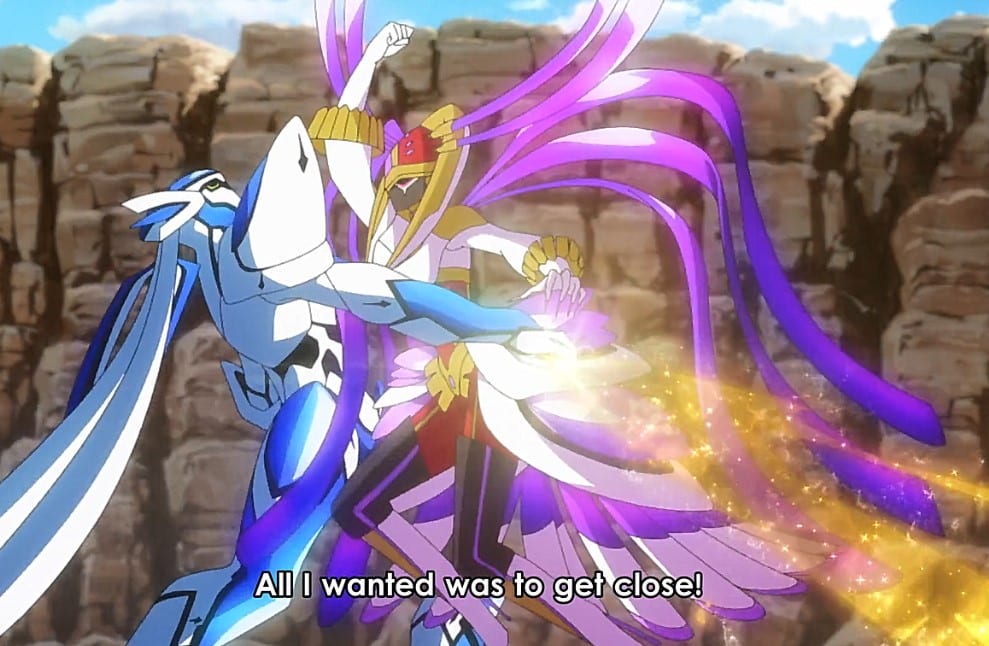 Bitt arrives and reveals that Shuu is ready to fight and stop Arrow from rampaging. They think that the powers of Briheight have consumed Arrow. But Arrow is fighting to free himself from Briheight’s control. The girls are surprised to hear what Bitt has told them. He reveals that Shuu is working on a new way to save Arrow, but it includes fighting with Arrow. Shuu communicates with the crew and announces that this time the team is fighting against God.

But he can’t leave the lab to show how well prepared he is to face God. Eisha comments that they have fought with many challenging and scary opponents, but they always pull through. Shuu reveals that he has a plan and is a genius. In the battleship, Zetsu, Tae, and the warriors are not convinced that Arrow is a world-destroyer sent by god. They think that Rudolph is making that up to win his way out. The high-up wonder where Arrow is. Kai wanted to say something, but Rudolph communicates with them.

He told them that he wishes he could tell where Arrow is. Zetsu comments that he finds it rare for Rudolph to show his face. Rudolph reveals that he has sent Zetsu a wine as a gift for crushing the barbarians. Zetsu asks Rudolph if his next gift is Arrow, but he is not giving anything in return. Rudolph comments that Arrow is not a gift but a God’s will. Zetsu replies that the only God Rekka has is the World-Wall. Rudolph told Zetsu to stop being a fool since God makes the wall. They both argue about who God is, and Rudolph reveals that God wants to eliminate Zetsu. Later the crew battled with Arrow. Princess Fine steps up and defeats Arrow, and he returns to normal. Rudolph’s plans got foiled.

Back Arrow Episode 20 will release on Saturday, 21 May 2021, at 12:00 AM JST. You can watch Back Arrow online on Funimation. We will update more updates after episode 20 is released.